In my recent change in coaching positions, I decide that I needed to reinvent my offensive philosophy. I evaluated the talent that we would inherit at my new school as well as the type of athletes that projected to be in my program in the next ten years. From the research we completed, especially here at XandOLabs.com, we devised a simpler no huddle offensive structure based on spread concepts married gap run schemes with trickeration and window dressing ran at a high rate of speed.

This approach allowed us to cater to the sheer number of talented skill players that we would have to put on the field. It also kept the same physicality, but updated my philosophy of outnumbering the defense at the point of attack and making every defender accountable to be run at a more modern tempo and spread formations.

One of the base plays in our offensive arsenal is what we call “River/Lake.” This concept incorporates an inside gap run with pre-snap quick game/screens and a post-snap run-pass-option. To best illustrate this concept, I think it is best to see it through our quarterback’s perspective.

In short, we are compartmentalizing four areas of your defense so we can identify weaknesses in scheme, leverage, space, or alignment and then attacking that with one of five choices:

It is the quintessential packaged play. We break down your defense in four zones to read and then exploit the advantage that you afford us. It truly makes the defense defend every inch of the field. 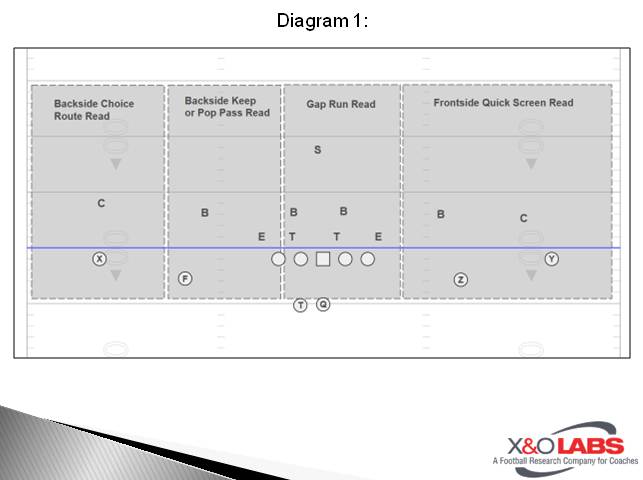 We can run a variety of formations, but typically run only 2 x 2 and 3 x 1 sets with the alignment rules as follows: 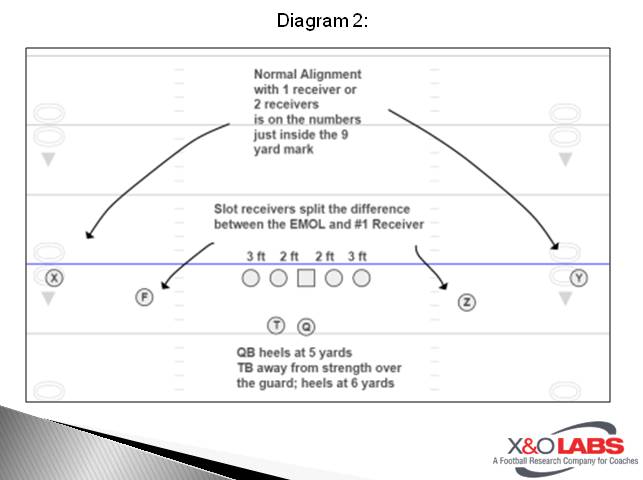 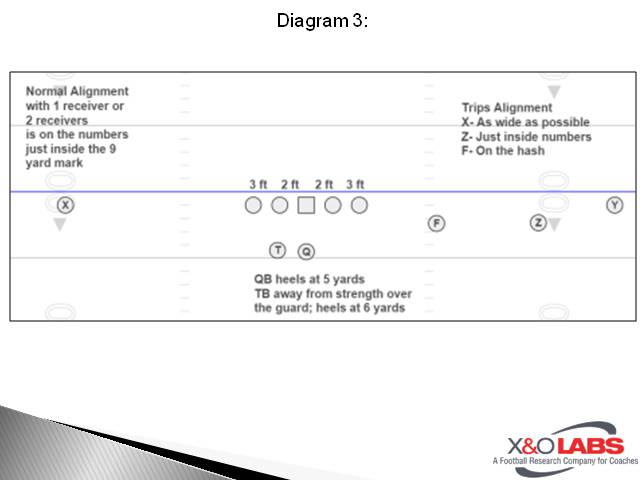 In understanding our quarterback’s progressions and reads on this play, it is important to understand our SCAN pre-snap system for our quarterback to evaluate the threats and structure of the defense.

Using this pre-snap read, our quarterback can quickly determine whether or not he will throw the ball in our first two pre-snap concepts. These concepts are embedded into almost every run play that we run. Our receivers are running a quick screen frontside and an option route backside every single run play unless we have made an exception in game planning that week. The only time we do not run a quick screen on the frontside is on designed alley runs where we want both or all three of our receivers to stalk block.

The key thing to understand with this play design is: OUR QUARTERBACK IS NEVER WRONG. We preach that over and over to our quarterbacks. We want them to make quick and decisive decisions. If they are making the incorrect reads, then we need to teach them better, but we know that as soon as we start criticizing them for being “wrong” then they will be hesitant to make that choice again. Hesitation turns our offense into a very pedestrian scheme. 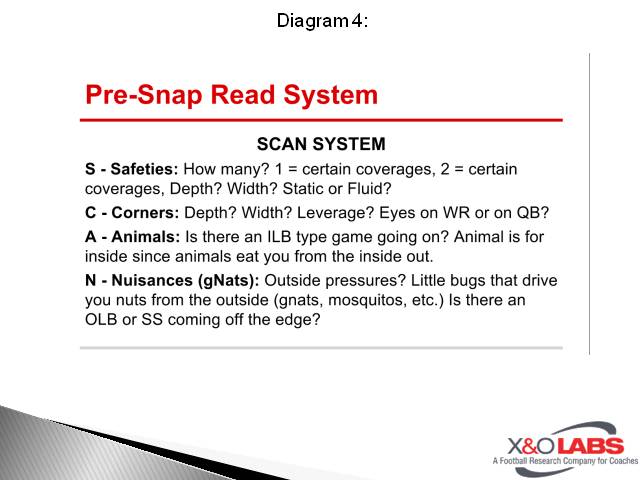