Advancements on the Bubble Screen 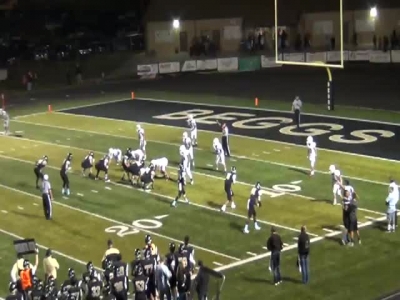 Let me start by saying that I believe that every good football program has to have an identity. As a staff you must buy in, and sell out to it. Just as importantly, you have to sell your identity to your players. In my experience, this is more important than the actual scheme itself. When you can get your coaches and players to believe that what you are doing is the best in the country, when they believe that nobody’s playbook is better than yours, when they are convinced that what you are doing gives them the greatest opportunity to be successful, then you can expect to win a lot of football games. Whether your offensive identity is the 5 wide “air raid” or Wishbone “ground and pound,” the first defense that you must attack is that of your players’ confidence in your system. This cannot be emphasized enough. You must find a way to get your players to believe in you, and in what you are teaching. I firmly believe that one of the main reasons for our success here at Beggs is the fact that our players believe in what we do.

Here at Beggs, we believe in using the bubble as a staple in our offense. The bubble route is the building block of almost everything that we do. In practically every play that we run, the bubble route plays a part. We throw the bubble screen 8+ times per game, use the bubble to open up seams in our run game, and we use the route in several of the concepts in our pass game. The goal is for us to force our opponents to constantly be aware of the threat of the Bubble Screen, which dictates how many defenders are in the box.

Before getting into scheme, I want to discuss the fine mechanics of the bubble route and throw. As coaches, it is so easy to get caught up in scheme alone, neglecting to teach the fine points needed to execute the scheme successfully. I had a barn built this summer. It wouldn’t have made much since to give the builders the plans, without quickly providing the needed tools and materials to get the job done. Likewise, it doesn’t make a lot of coaching sense to provide the young athlete with a good scheme alone. We must give them the tools needed to effectively execute the scheme.

Fine Mechanics of the Bubble:

When getting set in his stance, the slot should always start with his inside foot up, as in the picture below. 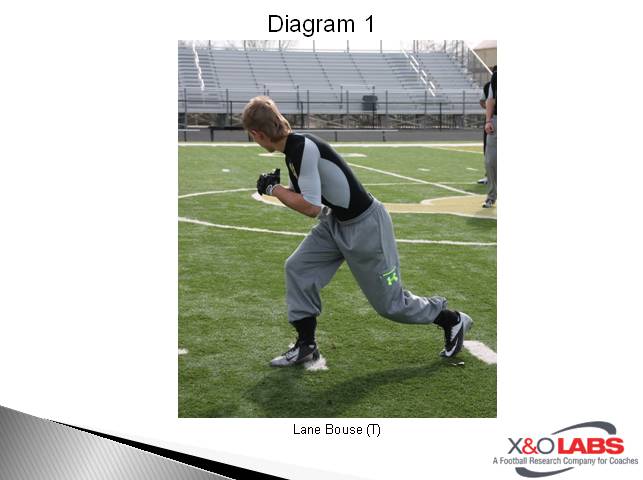 When the ball is snapped, we teach our slot receivers to Lateral Run – cross inside foot (up foot) over outside foot. Player should keep his knee high on the crossover step. His shoulders should remain square to the line of scrimmage, arms pumping just as if he were running forward. Eyes should stay on the QB. We teach our players to run laterally, straight down the line. He is already lined up off of the line of scrimmage; therefore, we don’t want to give up any more ground than that. I disagree with teaching players to loop backwards when they run the bubble. Firstly, they are losing ground in an attempt to gain ground. It is easier to lateral run than it is to backpedal loop. Secondly, they are creating a much more difficult throw for the QB. Notice in the picture below that our slot receiver never gives up ground. He is actually catching the football just behind the line of scrimmage. Thirdly, they are not stretching the field as quickly, making it easier for the outside linebacker to rally to make the tackle. (We will talk about this in much more depth later on.) We perfect the lateral run throughout our off-season, and work it every day during the season. 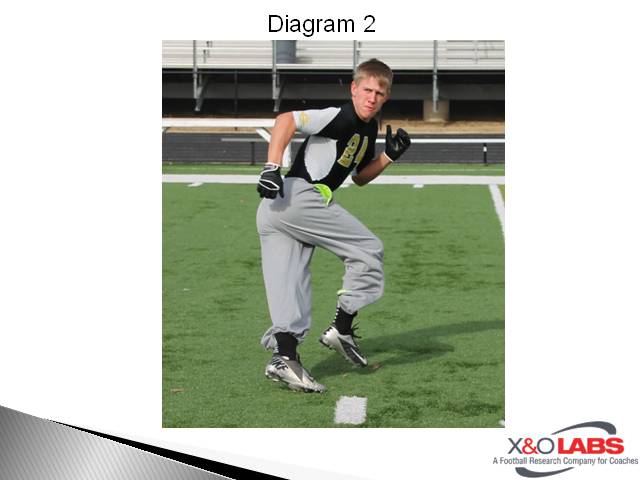 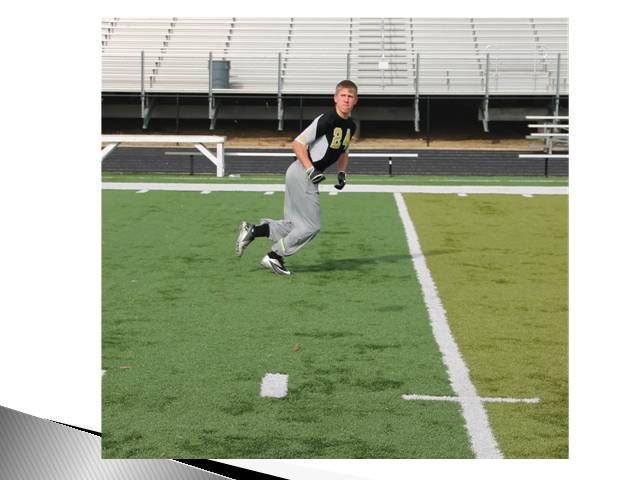 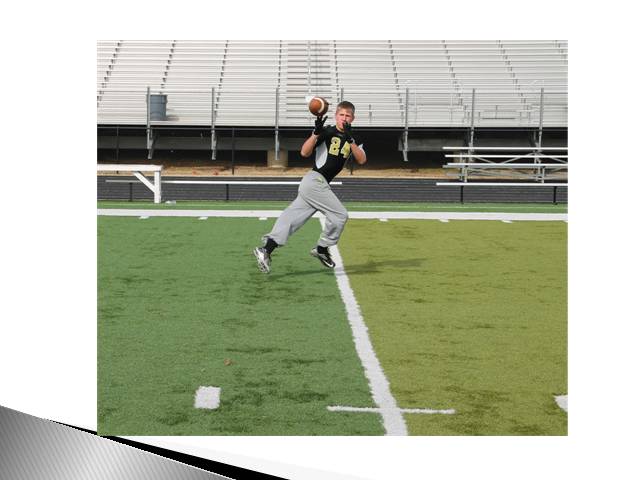