Last spring, as I was making my spring practice tour through the northeast, I stopped in at Villanova to sit down with offensive coordinator Sam Venuto and wide receiver coach Brian Flinn, a longtime friend and devotee to X&O Labs.

After documenting an up tempo and intense practice (click here to read our spring practice report from our visit to Villanova) Coach Flinn enlightened me about a pass concept he was starting to toy with, which he called his "Peek" play. According to Flinn, it was a scheme modeled after what Dana Holgerson was doing at West Virginia that replicates the same action as Villanova’s bubble screen concept. It’s a play-action scheme that targets the middle or inside linebacker by "peeking at him," and taking advantage of how he defends the run-action of the single back zone read in trips formations.

According to Flinn, against his offense, defenses will either close the middle of the field (Diagram 1) or push the outside backer to the trips side to stop the bubble screen (Diagram 2). Because so much of what Villanova does offensively is laterally, defenses don’t fly up the field on them. So, the Peek Concept is what he uses to put the Mike LB in a bind. 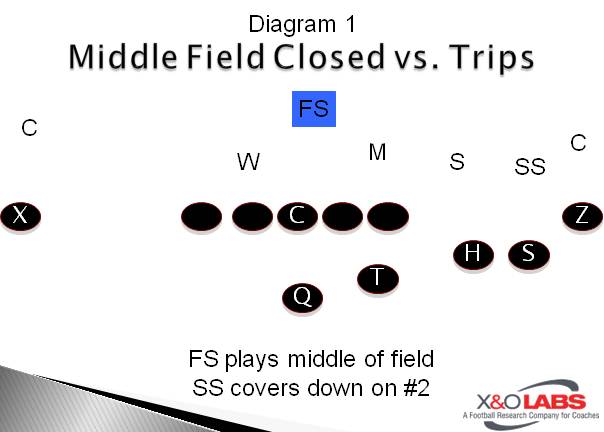 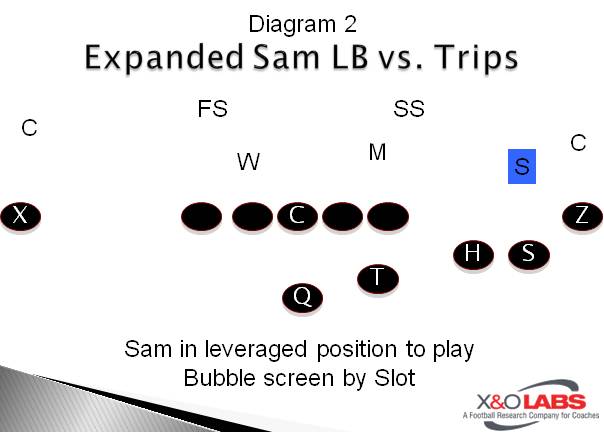 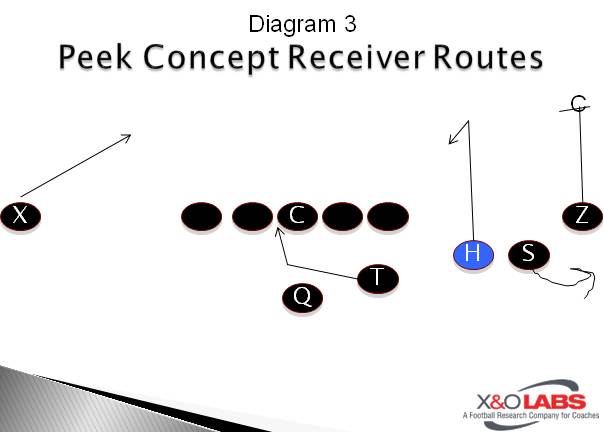