Tagging Single Side RPOs on Zone and Gap Runs

When it comes to RPOs we have been through several phases in our years calling the offense. We have used field RPOs, Boundary RPOs, Pre-Snap Reads, and Post Snap Reads. Before 2017 we had only used 2 and 3-receiver combinations focused on post-snap reads, with boundary gift throws. During the middle of the season 2017, we began tagging some single side RPOs (Outs, and slants) and did have success using these. During the 2018 season and early 2019 season we had gotten away from using these for various reasons, but during the mid-2019 season single side RPOs now using more glance, hitch, and out became big staples of our offense.

Evolution: in 2017 when we began using these single side RPOs we wanted to use 3-step slants to attack boundary overhang players. This we felt gave us answers to teams that wanted to load the box using a true 4-3 defensive structure or play single high with two overhang defenders in a 4-2-5 structure.

2018/2019: In 2018 we were starting a new sophomore quarterback and had some younger receivers in spots, and we decided to do different things within our RPO game (not a decision I would make today). In hindsight using single-side RPOs would have simplified things for him and allowed him to make RPOs reads in a way that better fit his play style. Therefore, late in the 2019 season, we moved to use RPOs again and helped our offense grow in a season where due to some circumstances we had to run the football a great amount and saw a great deal of 7-, and the 8-man box looks. At this time, we began using 4-step out routes and 5 step glance routes to attack the single side.

Trends in 2020: In the 2020 season we started seeing a lot more odd front, and a lot of Okie/buck front (5, shade, 4i) to Y off formations. This led us to look for answers, and because of this, we began using 4-step outs to attack these defenses. We felt like the boundary overhang was a run-first player, so because of this, we set the back to the boundary, and either a gap or zone run and tag out to his side. We teach the quarterbacks to read the demeanor of this defender, and if he steps downhill at all to throw the out. 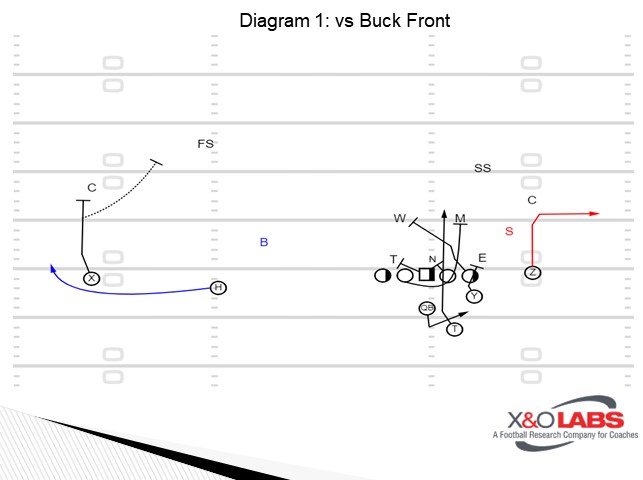 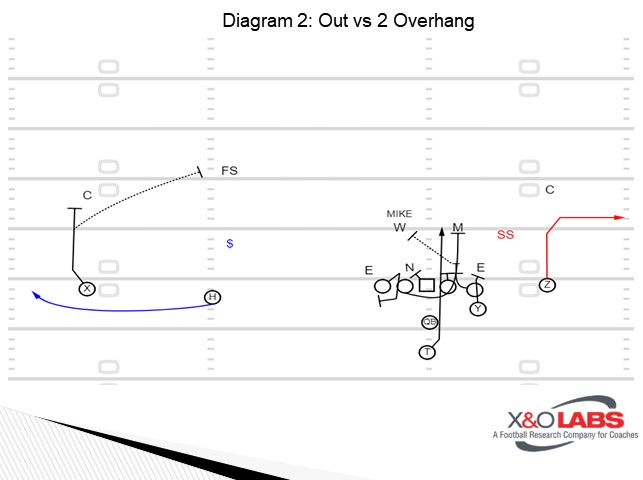 Basics of the Concept: When building this concept, we look at a couple of things. The first thing is the alignment of the boundary wide receiver. Regardless if we are running Glance, Hitch, or Out we want him to play with his alignment on the numbers. We encourage the boundary receiver to vary his split if he stays on the number, we typically tell him "Top, Middle, Bottom" we then teach them from there we have to adjust our release and stem based on the route, and leverage of the corner. 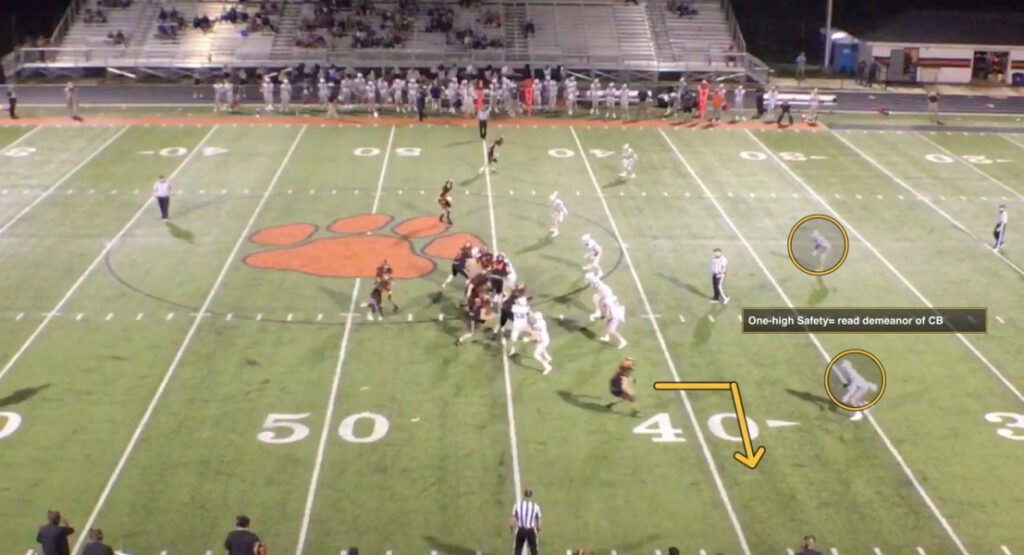