Stressing LB’s with the Down/Bubble Concept 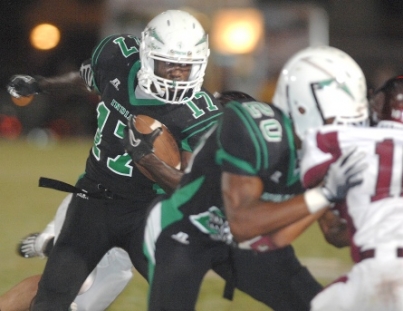 Great offenses are all about deception.  Recently, there is a trend to package plays to allow for defenses to be wrong / confused regardless of the playcall.  One of the most common ways that we have been able to do that within our offenses is to combine the age old buck sweep play from our Wing T roots with our 1 and 2 back shotgun formations.  From there, we package plays in a way that the quarterback can make a simple pre-snap read to decide which of the plays in the package attacks what the defense is giving up.

The key to the success of this play/concept is to attack the opposing linebackers.  We know that they will have been coached to read our guards to locate the ball.  Since we know what they are reading, we are able to use that to our advantage as we package the plays.  Our goal through this process is to make sure that the opposing linebackers begin to doubt their coaches early in the game and that this confusion will slow down theirreading  andreacting to our guards.  With that said, here is a look at how we make this happen within our “down/bubble” package.

In our offense, the “Down” play is simply an old Wing-T Buck Sweep play that we adapted a bit to run out of our one back shotgun.  We had utilized it very successfully during the 2011 season, however, we had a few hiccups with it towards the end of the year as teams began scheming to take it away based on formation.  We wanted to come up with an answer, because it was far and away our best play that season.  We came up with our down bubble scheme as an answer to teams over playing the wing formations we utilized to run the down.  We figured we could make them give us one or the other, most defenses couldn’t align to take away both of those plays, and if they did somehow, they would have to give up somewhere else.  We feel like we are dictating a little to the defense this way.  You are either going to take away our best receiver on a bubble, or our TB on the edge with two lead blockers out in front of him.  We feel like this is one way that we can hand cuff the defense a little bit.

This concept is a way we can stretch the field for width and make the defense attempt to defend the field from sideline to sideline.  An added bonus to using this approach is that we also get a kick out of seeing Linebackers who are keying our guards chasing them and not our fastest kid who is our Z Receiver.

For the play to work, your QB must determine pre-snap which of these schemes the defense has chosen to give up.  He is reading leverage and numbers just like he would in any passing game concept.  His basic directives are to attack the side where the numbers are in our favor or if numbers are even we want him to attack the side where we have won the leverage battle pre-snap.

The key to the success of the play for us to make sure that there is no doubt about what needs to happen.  The QB is told that if he has any doubt we want him to stay with the run play.We want his pre-snap thinking process on Down Bubble to be something like this…

Question1: Do we have a numbers advantage on one side or another?

Question 2:  Do we have the defense outflanked on one side or another?

We can help him by film study by determining specific kids that the defense chooses to be run first or pass first.  Diagrams 1-4 show some common defenses and our typical scenario vs. that defense. 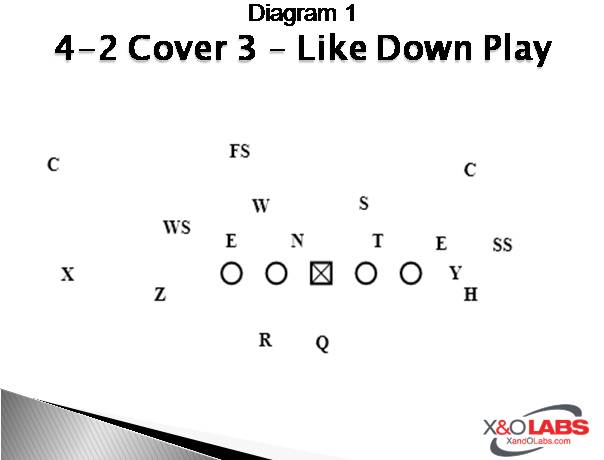 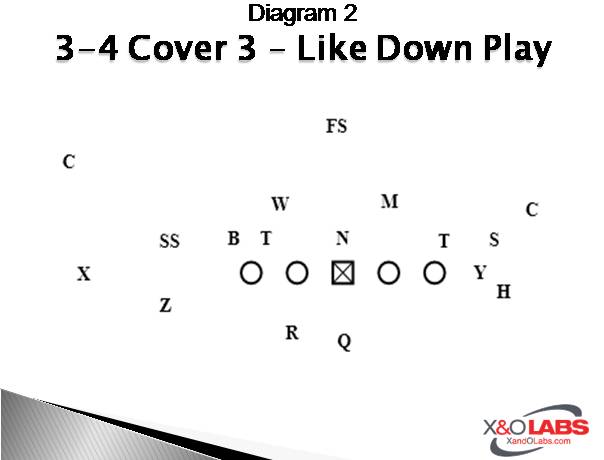 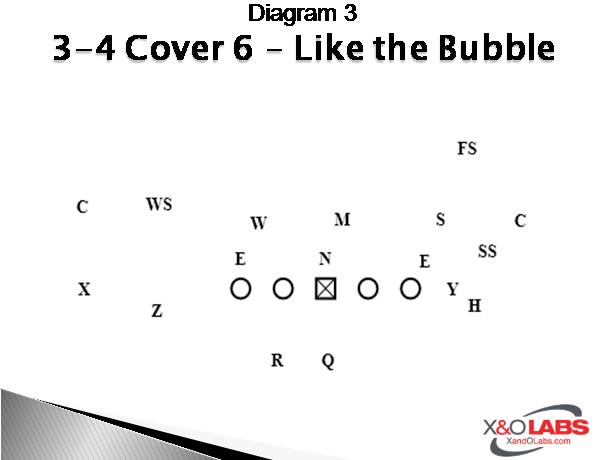 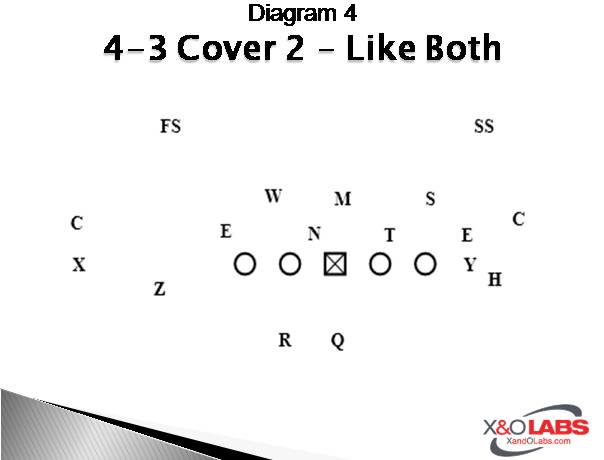 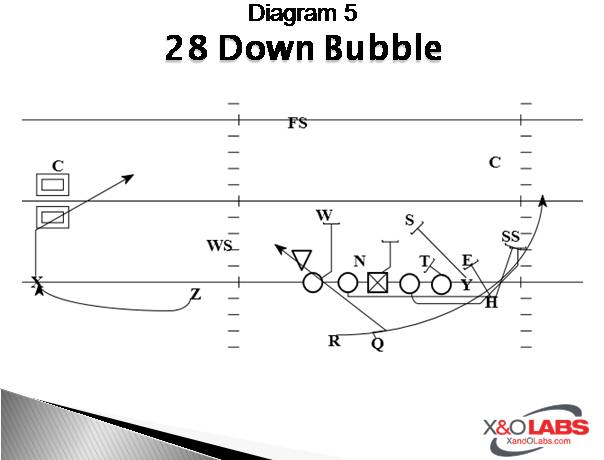