For whatever reason, SELU wasn't as proficient in running the ball this season. Longtime offensive coordinator Greg Stevens will be the first to admit it. Normally a ground and pound outfit, SELU was blessed with a gifted thrower at quarterback and plenty of speed on the perimeter to compliment him. So, like most good coaches, Coach Stevens played to his strength by building in an inexpensive, third-level RPO that got the ball out of the quarterback’s hands quickly into one of those lightning-fast receivers in space.

He did that by complementing a tight zone run with a third-level RPO to stress the play side high safety. It resembles boot action with an immediate flat route that can come directly across the formation. "We used to run nakeds by bringing that receiver across the formation, so we figured why wouldn’t we just do that with an RPO," he told me. It became a concept the Lions ran 35 times this season and produced a 91% completion percentage with 8.7 yards per completion. But more importantly, it became a solid base-down play, setting up the offense in manageable third downs. And it was a productive tempo play out of all personnel groupings.  "It became a really good play for us because it was a good way to get our athletes the ball in space and an easy completion for the quarterback." 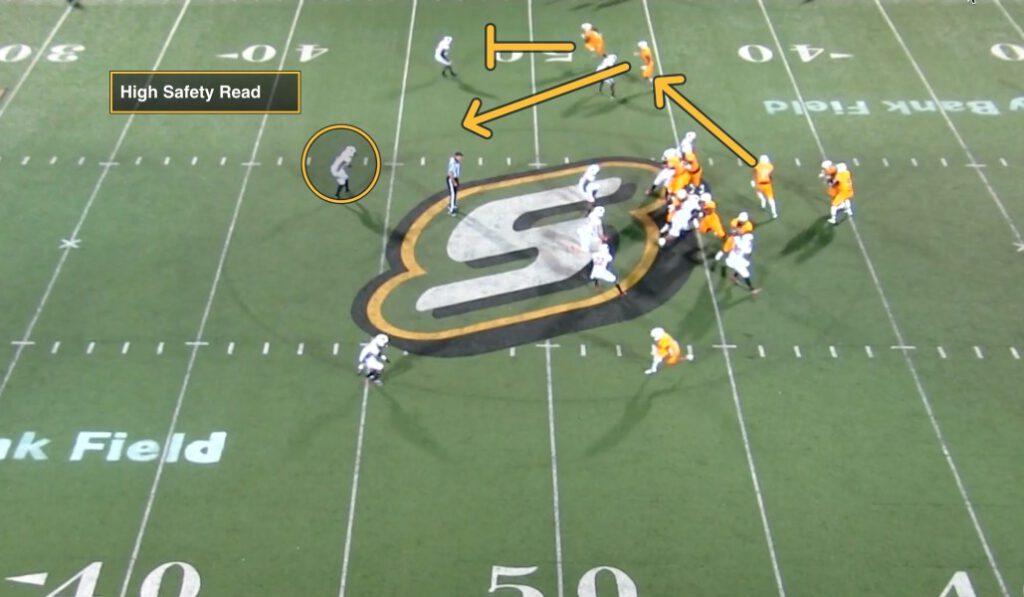 While most of these flat control concepts are utilized with fullbacks, tight ends, and H-backs controlling the flat, Coach Stevens decided to incorporate a receiver as the primary target. The reason: most defensive front structures will choose to "back-gap" or rock its safeties when a tight end comes across the formation because they have to respect the extra gap. They may not do it vs. a true receiver. 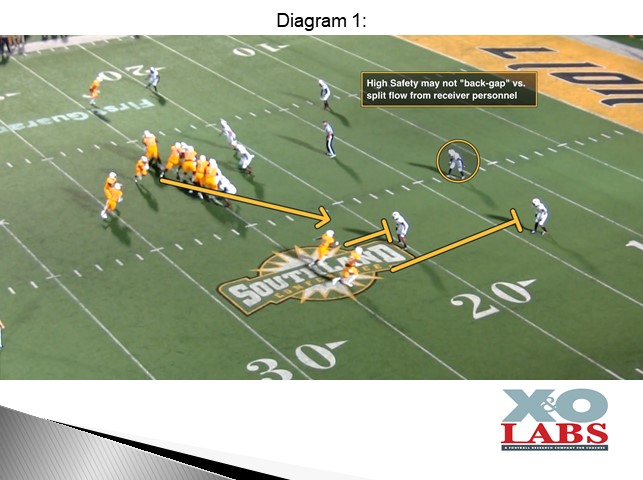 “That is where we’ve had the most success with the concept,” he told me. “Most teams will not rock safeties with a receiver or a skill guy. I haven’t seen anybody do it. Running him across post-snap is difficult to match whether a defense is in man or zone coverage because no one is accounting for him. And if you know they are a man team, you can bring it to the one receiver side on the backside. It produces a good amount of space for him to work in.”

Since all of the RPOs in the SELU system are termed after rap stars, this concept is called "Tu-Pac." It's a built-in tag with the tight zone run game. How the concept is termed is simple. As a base call such as “24 Tu Pac,” the farthest inside receiver knows he is the player running into the flat.  If they are bringing a receiver from the backside (across the formation) it becomes necessary to ID the receiver who is running the route. Consider the following scenarios:

“24 Z Tupac”- Tells the Z receiver he is running into the flat from across the formation.

“24 Y Tupac”- Tells the Y he is running into the flat from across the formation. 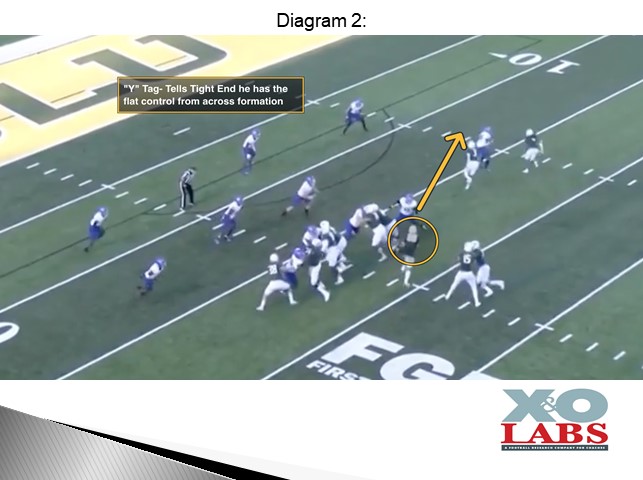 The rest of this report focuses on how the quarterback is taught to read the high safety and how the concept translates vs. potential problem coverage like man and trap coverage structures.