At Jackson High School, we’ve sound some success in using RPOs to help us read different defensive players, as opposed to the more traditional concept of reading the backside defensive end on run plays.  We also make use of these types of plays, but we’ve found some ‘easier’ yards with changing up who we are reading play to play.

The two RPOs that will be covered in this clinic report are our most successful over the past two seasons.  The first is an RPO off of our outside zone or stretch play with the QB reading the backside inside linebacker. The quarterback has the option of giving the ball the running back or passing the ball to one of our backside receivers. The second RPO is based off of our quarterback outside zone or stretch play. The quarterback is now reading the front side force player. He will either run the ball or throw to one of our front side receivers. For the sake of this report, we will show the run plays and the corresponding RPOs out of 3x1 sets out of 10 personnel.

This concept is based in our outside zone concept. Our offensive line will take a minimum of two foot width alignment and we try to align deep, at the center’s hip. 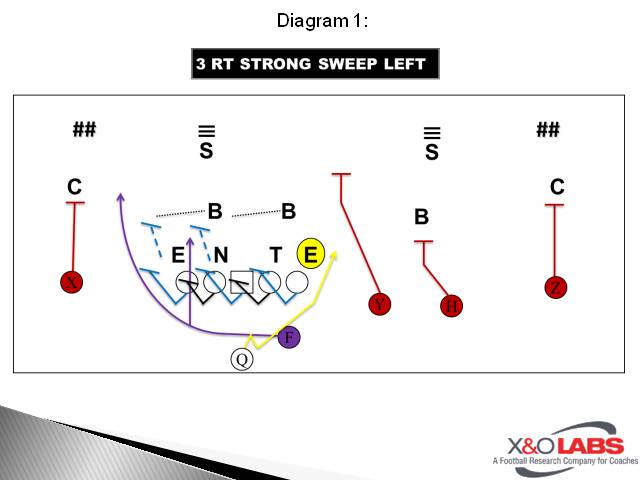 To make this play an RPO, we have matched up our most versatile quick pass concept with our stretch play. The following slides will list coaching points for this pass concept for our receivers and quarterback. 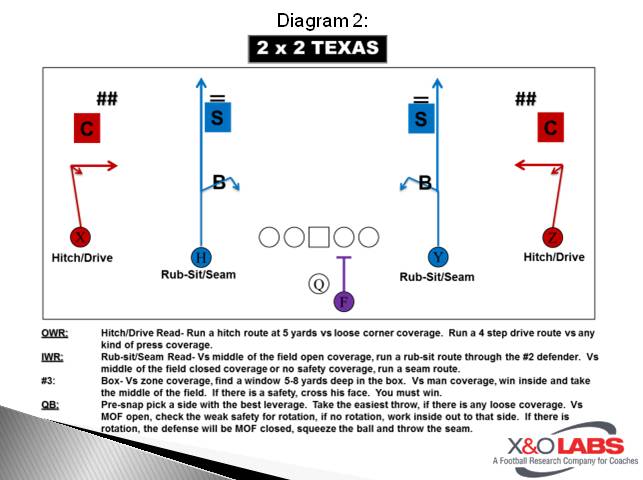 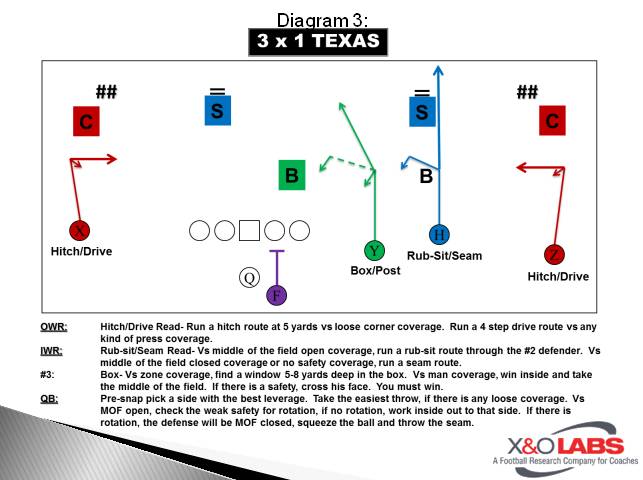 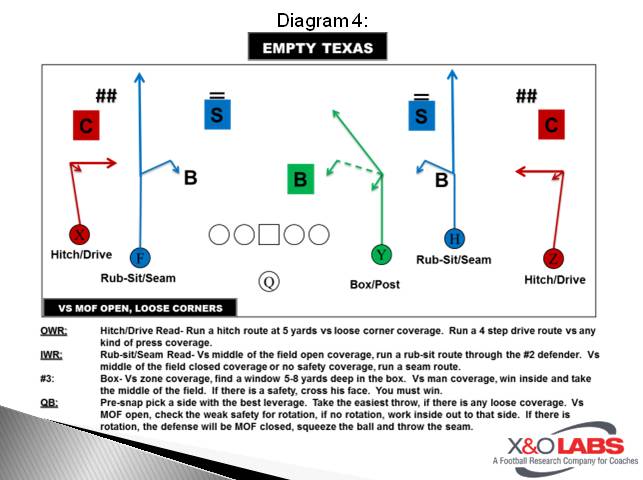