Over the last two seasons, the empty formation has become a big part of what we do offensively at Lincoln High. It has given us the ability to get our best athletes on the field and be able to attack with the pass as well as the run. We ran some Jet Sweep from empty, but we wanted/needed something in the run game that would be able to attack the middle of the defense. Versus empty we generally see an Odd Front from the defense and a 4 or 5 man box. When we see a lot of Odd Front defenses our go-to run play from 3x1 or 2x2 is our Power scheme. When we run it from open sets, we tag a "Base" call so our playside tackle knows he must stay on the end man on the line of scrimmage and not block down like he would in our regular Power scheme. 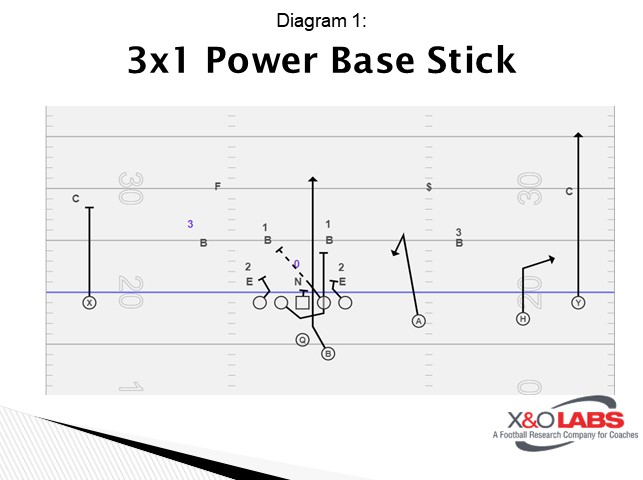 Our go-to RPO when we are running this scheme from 3x1 is our Stick RPO. It was an easy transition for us to incorporate this running scheme and RPO scheme into our Empty Package.

As was stated earlier, we like this scheme versus Odd Fronts. It allows us to double team on the Nose to the Backside Linebacker with our Playside Guard and Center. Both of our tackles will base out the end man on the line of scrimmage. 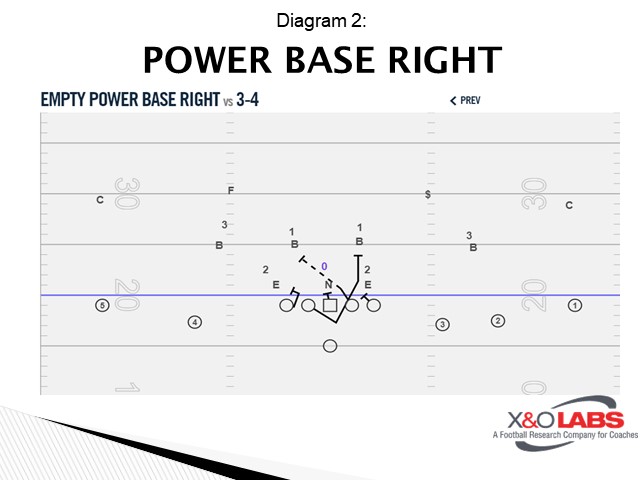 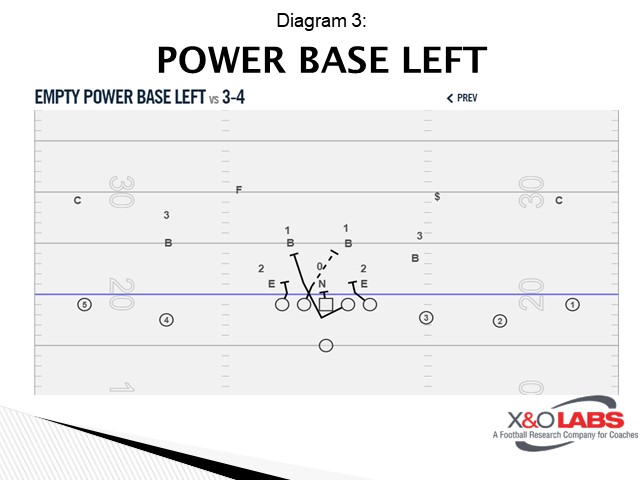 We typically put the three-receiver side away from the side we will be running the ball. To the three-receiver side, our #1 receiver or the farthest receiver outside will be running an outside release fade route. Our #2 receiver will run a three-step arrow route towards the sideline. Our #3 receiver will run a 3-5 step hitch route, settling in the open grass between the inside Linebacker and the outside linebacker. If a linebacker is covering our #3 receiver and the next linebacker inside is in the box, our receiver will look to run his route in the space between the two defenders.