Zone read is no longer the new thing. Over the past 10 years, defenses have done a good job of catching up with the play and forcing offenses to look elsewhere to steal yards. While I still feel the zone read is a play that can consistently get your offense a consistent four yards per play, I think that offensive coaches need to add more wrinkles to slow the defenses recognition of the play. The “Wrong Way Inside Zone” has been our main wrinkle and this article will go over multiple ways you can incorporate it into your scheme. 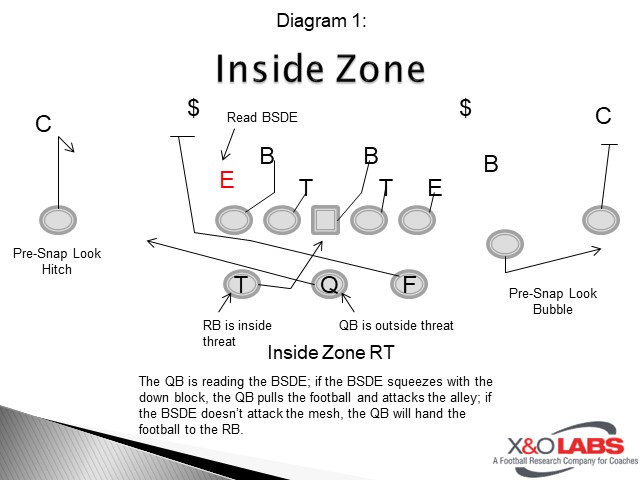 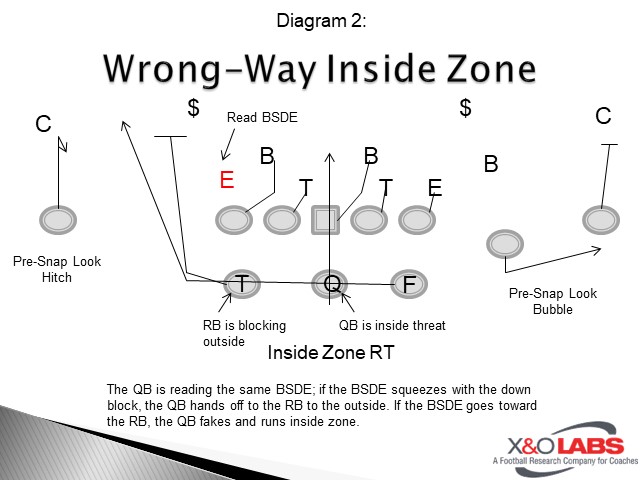 As you can see in the diagrams, we use a “numbering system” to block our inside zone. The rules are as follows:

Blocking vs Even Front

Play Side Tackle- Base block the play side #2 down lineman. He will double with the TE to alley defender if he has a TE or Slot with him.

Backside Guard and Backside Tackle - “TUG” double team (backside tackle and guard) the backside #1 down lineman to the backside linebacker.

Center and Back Side Guard - “COG” (center and backside guard) the nose (#1 either play side, head up, or back side) to the back side linebacker.