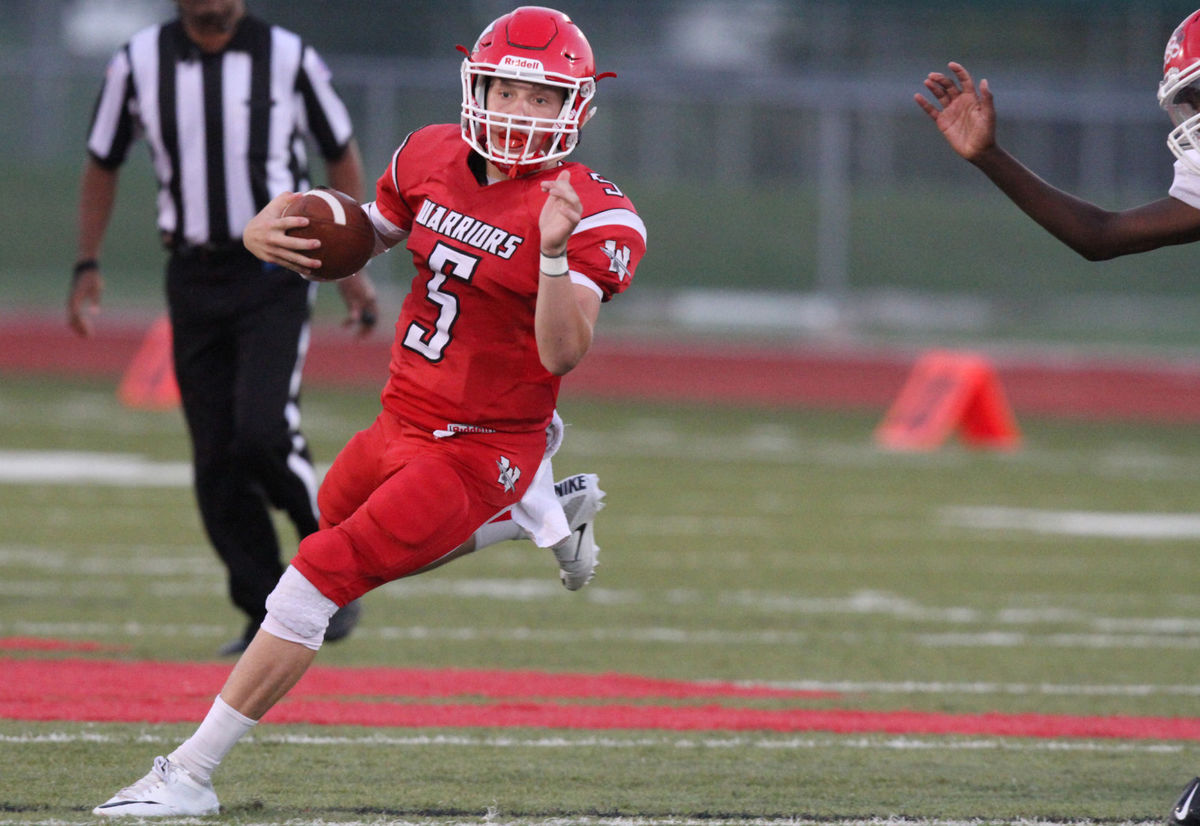 The popularity of RPOs have exploded in the past couple of years and there are very few offenses that don’t use some aspect of them. With that being said, defensive coordinators have been scheming at a consistent rate to stop the advantage the offense gains. In doing research, I have found that the only sound answer they have, without guessing, is to play Man Coverage.  This kills most RPOs that are out there because it triggers an automatic give to the running back or forces you to win the 1-on-1 between the wide receiver and defensive back. Another huge problem that this creates is that defenses then can have a +1 advantage in the box. My goal was to find simple answers to flip the advantage back to the offense and take advantage of the matchups that man coverage creates.

As I said before, man coverage forces RPO teams to go a different route. I wanted to keep things simple for my kids, so I wanted to create RPOs that would work against man and zone.  In looking for these answers I found that there are 4 things that mess with man coverage that you can use as part of your RPO.

One of the four Answers to defeating man coverage in an RPO offense is to hit the edges. I have found the best way to do this is with an outside zone blocking scheme. We treat it differently against an even front than we do against an odd front. When facing an even front, we cut off the backside as opposed to leaving the backside unblocked. We do this because we want to create cutback lanes.

Head and hands are key for the play side blocks. Our goal is to get our head to the play side shoulder of the defender and get a quick hook. We teach zone holds to lock onto the chest plate and push/pull to help us get our head where it needs to be.  We want to lock out with our play side arm and pull with our weak side arm to naturally turn the defender.  We then want to run our feet to get our head where it needs to be and turn our hips to get the seal.  If we can't get our man sealed, this is usually because he is running outside and his hips are turned that way.  If this is the case, we then push/pull the opposite way that we had originally.  This pulls his hips the opposite way that he is running and normally results in a huge wash or a pancake.  A wash is just as good as a hook in this scheme. 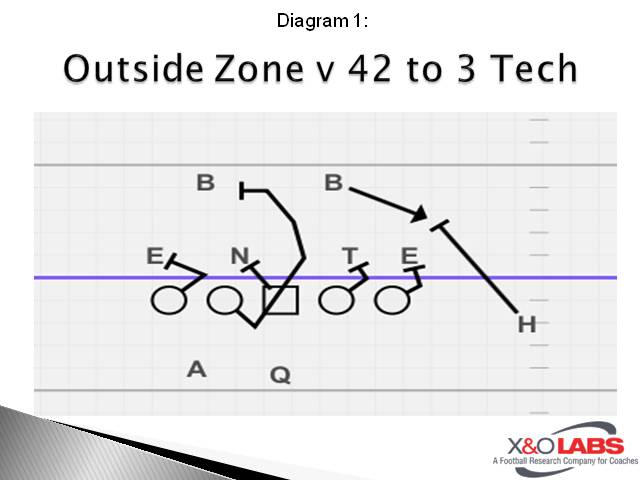 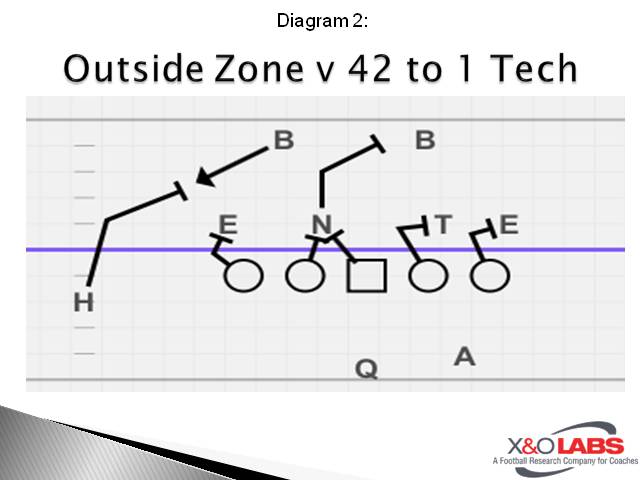 As you can see from the diagrams above, the play side linebacker is unblocked by lineman against an even front. This linebacker will do one of two things with the flows and backfield actions he is seeing with this RPO package:

If we see an odd front team we will use a more traditional outside zone scheme and leave the backside outside linebacker free off the edge. 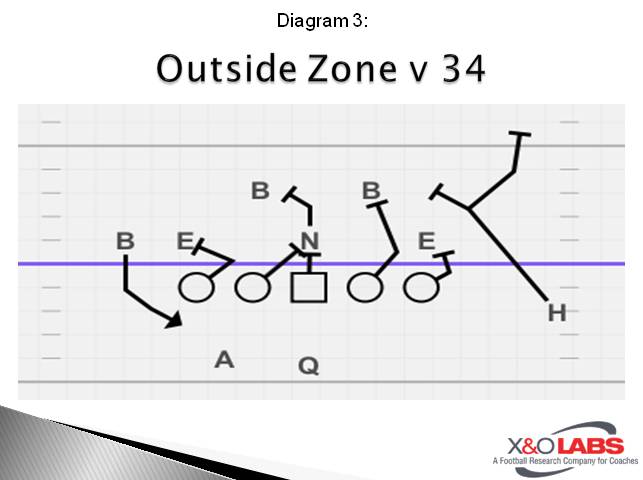 Now that we have the blocking scheme in place, we will attach that scheme to multiple RPO’s. The first of these RPO concepts is our Outside Zone play and our Sweep play. This is a play to counter one of our bread and butter plays, Power Read. We primarily are in a Trio set or a King set, and run Power Read as shown below.