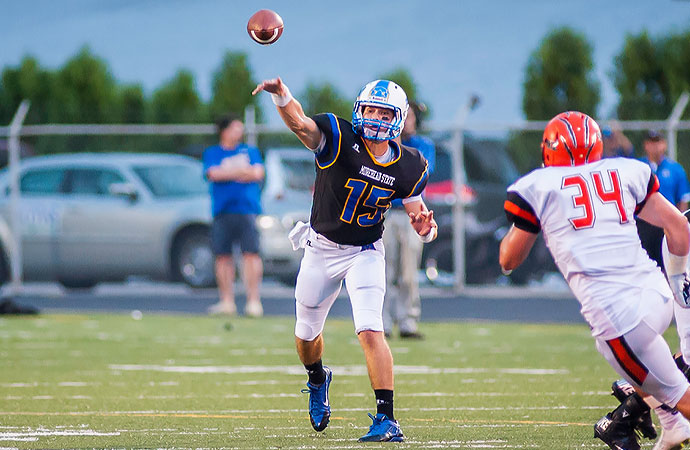 These are all new submissions with most coming in the form of post-snap third level reads. In the prior case, we presented research on how to target conflict defenders based off formation. In this case, we will present which concepts are used to attack these defenders. We categorized them into specific support patterns.

Please Note: The RPOs detailed below can be used with various run actions, so the illustrations do not include the specifics on run blocking. 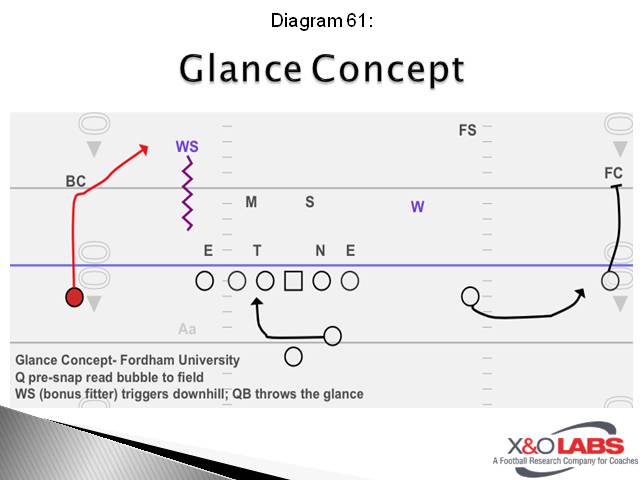 Read: Away from run action

Run Action: Inside Zone, outside zone, power or dart

Description: Glance is a concept generally to the X receiver out of 11 personnel groupings who will take a five-step route on a post angle. The quarterback will first check to see if he has leverage to the field to throw the bubble. If there is no threat of a perimeter blitz from the overhang, the quarterback will read the boundary safety for the glance route. “If the boundary safety rotates to the post, or makes any type of definitive movement to the line of scrimmage, we will throw the glance,” said head coach and offensive coordinator Andrew Breiner. The key is to allow the boundary safety post-snap to come screaming downhill when he sees run action.

To study game cutups of the Glance concept, click on the video below: