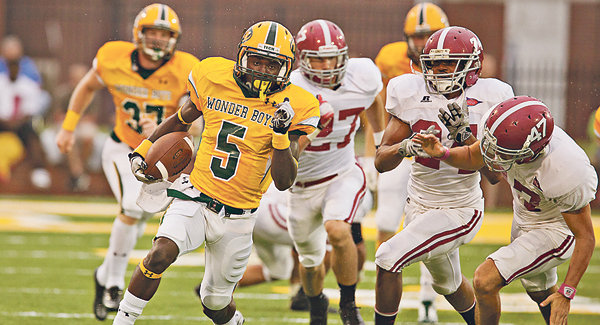 Once the pre-snap thought process has been ingrained in your quarterback, now it becomes necessary to start designing your RPOs based off the personnel groupings and formations you already have in your system. As an underlining rule, we’ve found that most coaches take the run concepts they use with the most success and protect them formationally by using structures where they can get a hat on a hat. Then, once the extra hat falls in defensively, the run/pass option is added.

This case will focus entirely on how to identify who that extra defender (or conflict player) is based off the formation you present offensively. The RPO game is all about protecting your top runs. So we wanted to dig deeper and help coaches figure out how they can protect their runs based on the defensive structure they are seeing each week. Our sources divulge how they are able to do that using various formations. Since the majority of coaches we spoke are pure tempo coaches, the main personnel groupings we research are 20, 10 and 11 personnel groupings.

as someone who is responsible for playing both the run and the pass. “If we have one or two receivers to a side, the second defender from the outside-in is the conflict player,” said Coach Sadler. “We don’t count safeties or players over seven yards deep. If we have a three-receiver side, then the third player from the outside-in is the conflict player.” Following those rules, every time the quarterback gets lined up he will do the following:

The quarterback learns that on interior runs, he will have RPO options on both sides. On perimeter runs, he will only be concerned with the conflict defender on the backside.”

For Dustin Beurer, the offensive coordinator at Albion College (MI) any time he can block five for five up front (or four for four) he we will throw more vertical passing game with the quick game or pop on the backside. Any time he can leave the backside defensive end on a six-man box, he will run his quick game stuff (all of which are detailed later in this report). He classifies his box count priorities below:

Editor’s Note: All of the concepts that are referenced in this case will be detailed, complete with video, in case three.

When designing RPOs from 10 personnel groupings, a clarification needs to be made the difference between 2x2 open or 3x1 open formations. Most defenses will align in two-high safety structures against these formations, so the extra run fitter can come from the following locations: 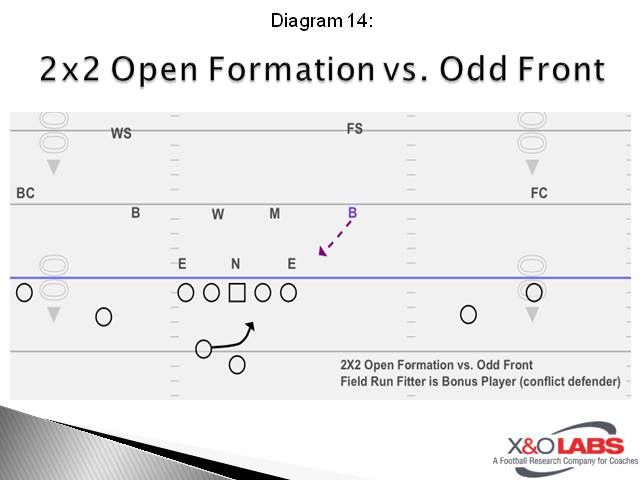 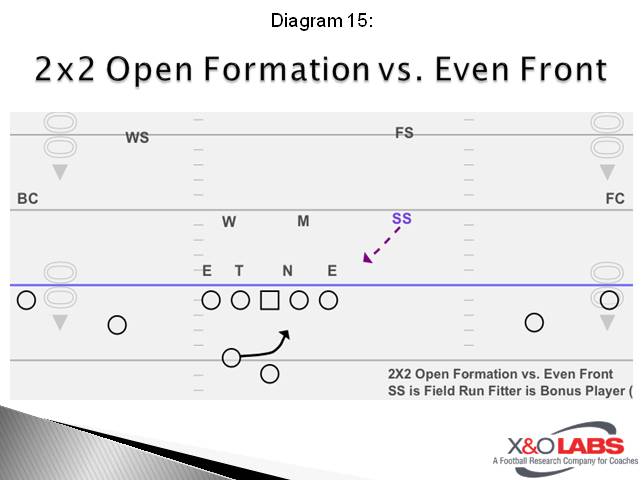 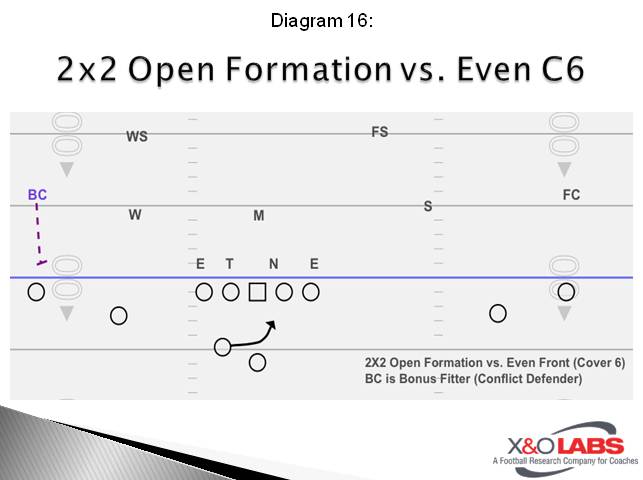 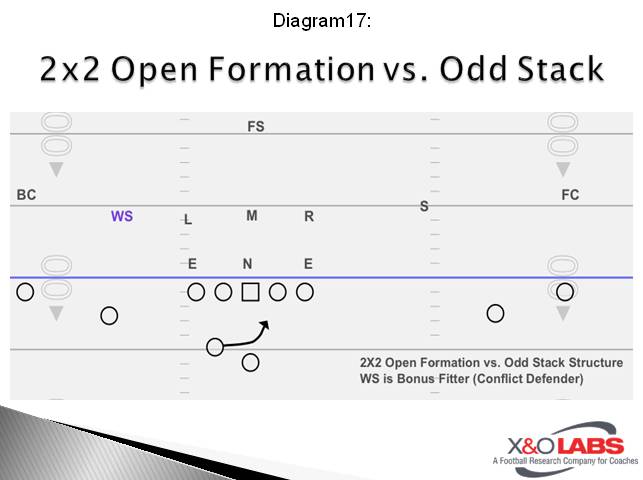