As our program has delved into the world of RPOs the past 5 seasons, we have added many concepts to our offense, but none have been more productive and easier to install than the Pop Pass. We did not have to change any concepts for our offensive linemen which are the most important part of any offense. This article will focus on formations, reads, and wrinkles we use to make this play as successful as possible and it remains a mainstay of our offense.

We run the Pop pass concept with a variety of run looks. Below I will detail the Iso, Counter, and Truck concepts as they relate to the Pop pass.

The isolation play is a simple fold play with the back side guard pulling into the open gap to lead up or isolate on the play side linebacker. The play side Guard and Tackle will simply zone or fan block based on the front and open gap. Against a shade Nose, the play side Guard will block down because B gap is open. The Center has the job of blocking back on the first down defender on the backside.  The back side Tackle must make sure there is no penetration by the Defensive Tackle or Defensive End into the B gap. There are numerous adjustments that can be made against slanting fronts and blitzes.

The main adjustment we use against blitzing Linebackers is to make a “zone” call and the Offensive Line will zone block and there will be no pullers. This read is usually is fast and easy for the QB because the zone covered by the Linebacker(s) will now be open for the Pop pass. Below are the most common fronts we see and the blocking assignments against each. 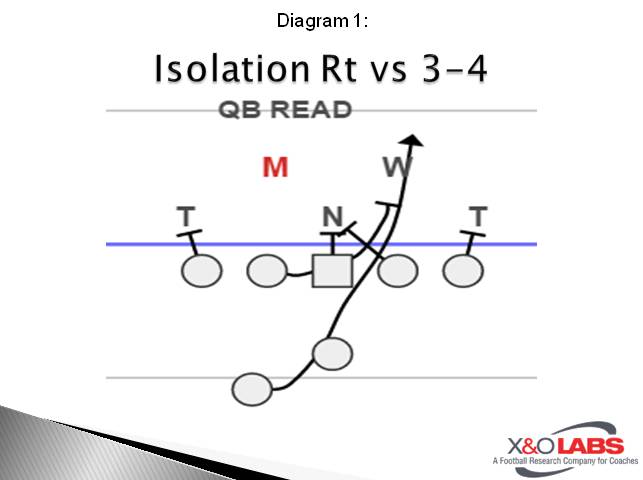 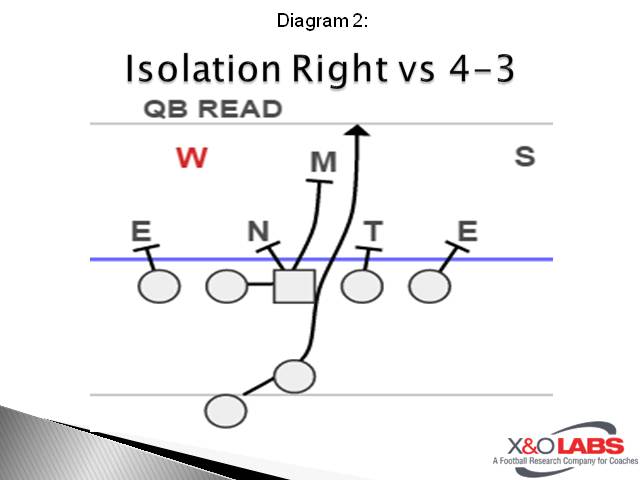 The Counter has always been a staple of our offense no matter whether we were in a Pro I offense or the Spread. The rules remain the same for the front side and back side no matter what front we are facing. The front side rules are “Gap, Down, Backer” and we double everything we can to the back side Linebacker who is our actual “QB Read” on the play. The Center has the job of blocking back on the first down defender on the backside. The back side Guard will pull and maintain a track into the line of scrimmage and attempt to “dig out” the Defensive End to the play side. The back side Tackle will pull and fit in the line to the front side Linebacker. We drill each week against teams that will use the “squeeze and spill” technique with their defensive ends. Against that technique, our back side Guard will log the Defensive End and the back side Tackle will continue on the outside of the Guard to the play side Linebacker. 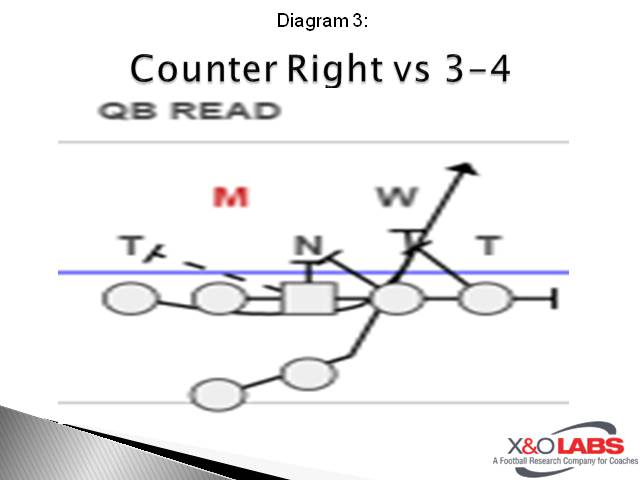 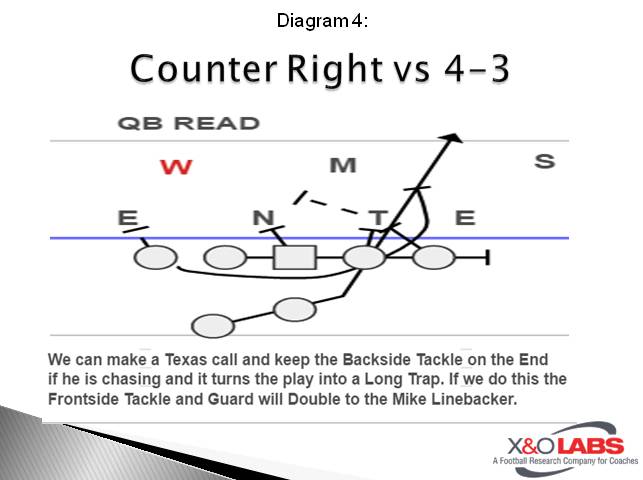 Our Truck play has simple rules except for the play side Tackle. The play side tackle will reach block the Defensive End and attempt to set the edge. All other players have the same rule which make this a simple play to implement.  If the player has a down block they will take it and if they do not have a down block they will pull to the play side. For example, if you are running the play against a 3-4 defense that is not slanting the assignments will be as follows: