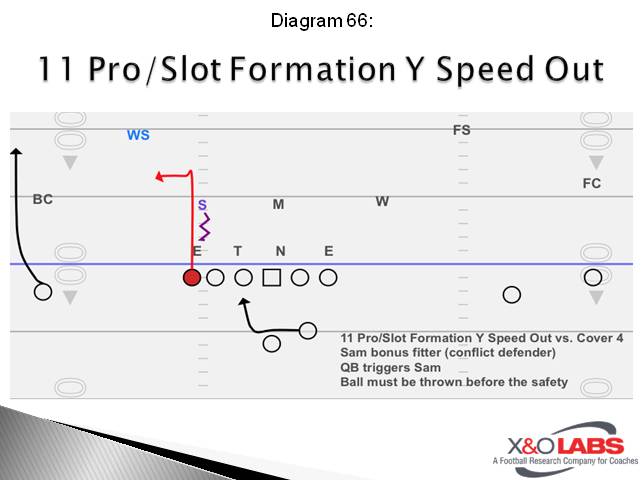 Description: Against quarters coverage, safeties play man on the tight end from depth at 10-12 yards so offensive coordinator Pat St. Louis went to running three step speed outs where the safety struggled to get over to the out route. “The linebackers were tied up into the box and the safeties couldn’t play the out routes,” said Coach St. Louis. “If there is a field fitter and the corner won’t come off, or is in press coverage, it will be an out by number two. If there are teams that will get their corner off, we may run a hitch behind it instead to number one. It all depends on the leverage of the corner.”