Two weeks ago, X&O Labs released its report on the Diamond formation run game.  While we realized its balanced, three-back structure can produce a myriad of problems for defenses to defend the run, all of which we detailed in the prior report, we had no idea how many coaches were gashing coverages by putting the ball in the air.  Although the Diamond formation may provide some generous one-on-one matchups on the perimeter (a key ingredient for the quick game) we’ve found that the majority of coaches will employ some play-action concepts in the formation.

Since the Diamond is still a relatively novel idea (although the T-formation old timers may tell you differently) the following report does not contain a ton of statistics and figures.  It’s more of a collection of examples from coaches that reached out to us and wanted to pass their ideas along to you.  It’s verbatim, straight from our surveys.  As if that is not generous enough, they’ve even offered to answer any questions you may have.  So when you’re done reading, feel free to ask questions or make comments below and these coaches will respond.  By the same token, you’re always welcome to share what you’re doing at any time by contacting us (I can be reached at [email protected]).

We’ve broken down the Diamond formation play-action game into the following categories:

The most production pass action we have employed from the Diamond set has been to fake our power/lead play.  We’ll look for the play side end who runs a post-corner route. At the same time, our near back who would be a kick out blocker on the defensive end in our lead play, would slide out into the flat after faking a block on the defensive end. This power/lead action tends to freeze the defense and keeps them committed to stopping the off-tackle action. By forcing the defense to check for the run first, we then get a two-on-one look with our play side end deep to the corner and our near back in the flat.  At the same time, our backside end runs a post and looks for a deep opening in the middle of the football field. If the free safety moves out to help cover the post-corner route by the play side end, the post is wide open to the backside end. Diagram 1. 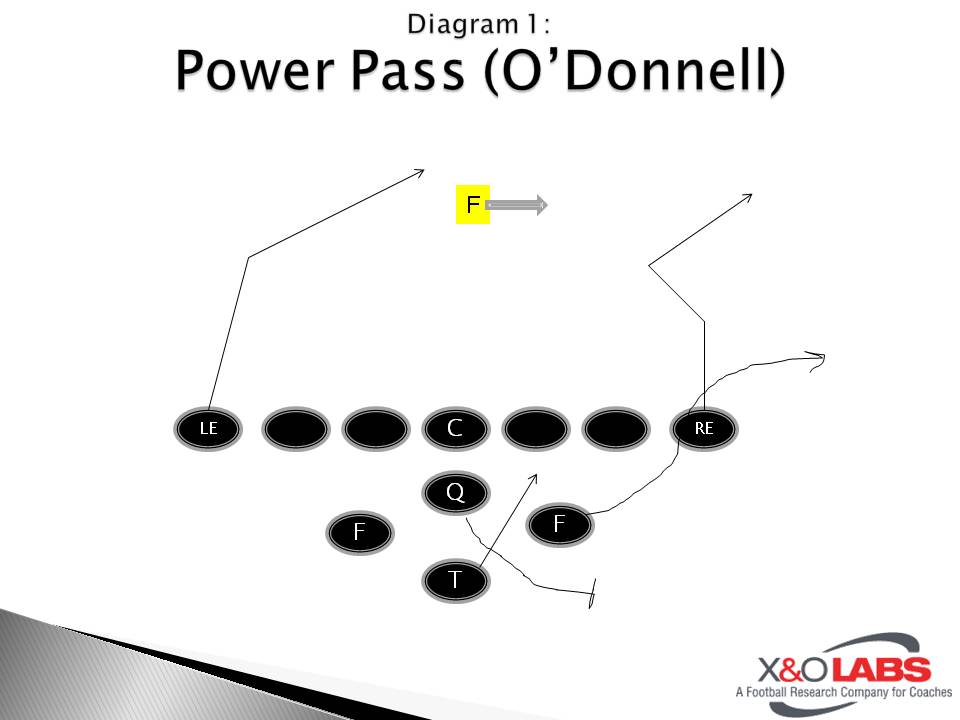 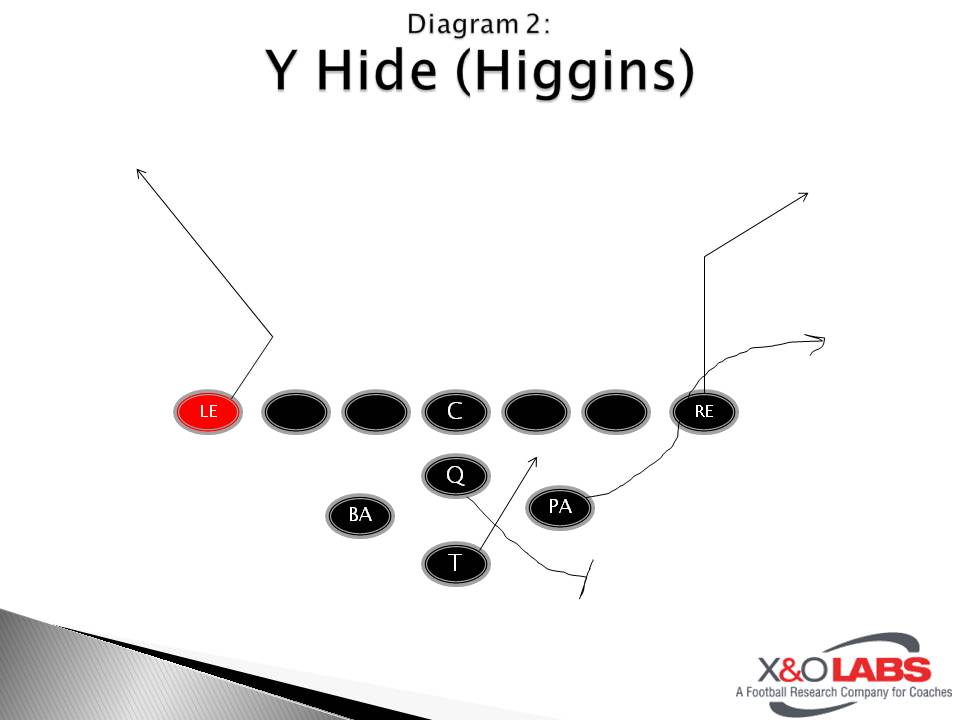