Thanks to the success of University of Arizona offensive coordinator Noel Mazzone and his Nzone system, the “key” screen has taken various shapes and forms the last few football seasons.

What used to be a post-snap RPO screen to the number two receiver has transitioned into getting a back out on the perimeter against a slower inside linebacker. Because of odd front structures, the presence of one or two backers walked up on the line of scrimmage eliminated zone option runs. Many of the teams that we play in our conference ran some type of odd front. When our 20 personnel aligned, you would see 1 or 2 backers walked up on the edges making it a 5 front.

Zone option was effective at the start putting defenses in conflict. Then defenses started to slow play with their backside OLB taking the option part away from the play. Zone option still wasn’t the answer we were looking for. We started running motion with the H or W and noticed that OLB would only adjust one or two shuffle steps out.  That’s when we decided to start running zone and Key 3 to the back out of the backfield. We like to run Key 3 with either back out of our Slot formation, or the W out of the Tight formation. This allows us to even up with the defense or gain a +1 advantage. 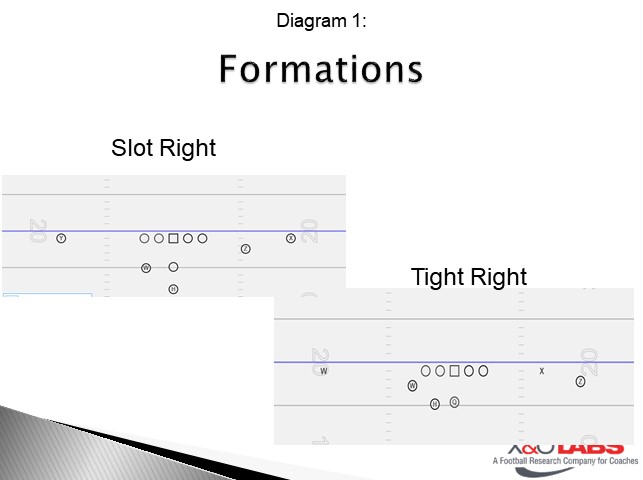 We were a traditional double tight Wing T team for many years. We made the transition to the Spread Offense 4 years ago. In our spread offense when we have 20 personnel in the game, either in the backfield or a wing position. Teams would put 8 or 9 defenders in the box, which made it difficult to run. To combat so many defenders in the box, we would run jet sweep to get to the edge, to limit the number of defenders we had to block. Defenses would buzz their safeties down into the box with the jet motion or linebackers would crash down hard to take the sweep away. We would run jet motion and run our zone, trap, and power, but running the ball was still a struggle. We had to come up with a solution to combat movement by the defense. 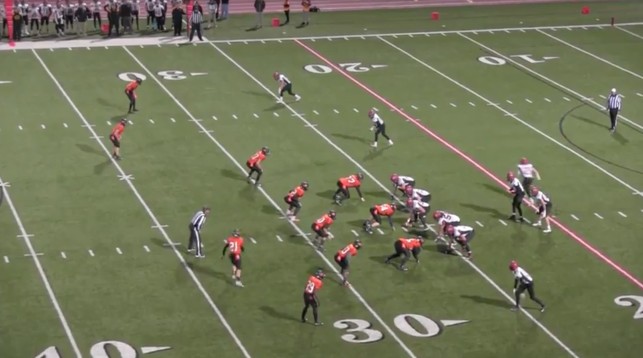 The RPO blocking rules are an extension of our jet sweep, receivers are blocking everyone to the inside with backs running hash, number, and sideline. This makes it simple for our receivers, blocking both the sweep and RPOs the same. We design our RPOs to get one of our best athletes with the ball, in space, and let them use their athletic ability to get up field.  The goal is a plus 5, when we throw Key 3, it should gain 5 yards for it to be considered a successful RPO. Although we are a no huddle team, we are a very ball controlled team. We are going to use the run game to gain 3 or 4 yards a carry or throw the RPO for 5. We put many drives together this season that were over 10 plays, leaving the other team’s offense on the sideline.