The Arrow RPO is a simple concept that we came up with after studying the Indianapolis Colts Levels Concept. We simply combined the Power Run Play from the shotgun with the Levels concept and applied some rules for our high school players to understand and simplify things. We initially wanted this RPO as a Tempo play, but found that it can be ran again and again with different players touching the ball with success. Our study also shows that we can run this RPO against various fronts and coverages with similar successes.

In all, we ran Arrow 20 times this past season. Here are the results:

The entire package combined averaged 17 yards per play and 7 TDs defining it as explosive for us. In other words, we should have run it much more.

We first dabbled with RPO’s in 2006. Like mostly everyone, our process took us on the horizontal attack (Fast Screens) with Zone Runs. In 2008 when I became the Offensive Coordinator, we decided to expand our system. We loved getting the box to 6 and running quarterback isolation while tagging a horizontal fast screen to the edge. What we came to realize is that more teams were defending the screens as part of their daily routine, and therefore getting better and forcing the quarterback to run the ball. We also noticed that the Free Safety was becoming a huge run support player to tackle our quarterback.

Our answer was simple, send our slot wide receiver on a vertical while running quarterback isolation. We called it “Dump” because we wanted to treat it like the old tight-end dump pass. Eventually, it grew into a tremendous play for us. We made some simple rules for the quarterback for reads and timing so lineman wouldn’t be called down field. People started complaining to the officials saying, we were cheating and should be penalized more often, but we realized our lineman weren’t getting down the field that far at all. At this point, we were ALL-IN with RPO’s and haven’t looked back since.

After our quarterback graduated, we knew we had to start planning to fit the new quarterback’s abilities. We learned quickly that he was not a great runner but was very good at reading defenders. This is when we decided to tag our down field passing game with parts of our run game. One of the concepts we use (which is the study here) is our Arrow concept. The Arrow RPO is one of our two third level RPO’s. We currently run nine RPO’s from four base runs. We attack the field both horizontally and vertically in the RPO game. Our views and goals for Arrow is quite simple. 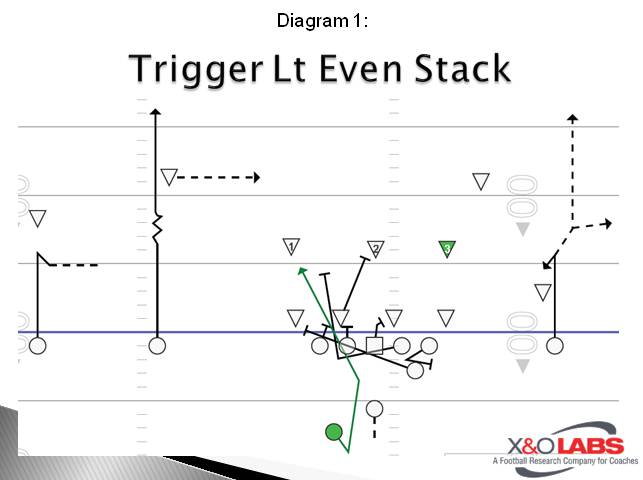 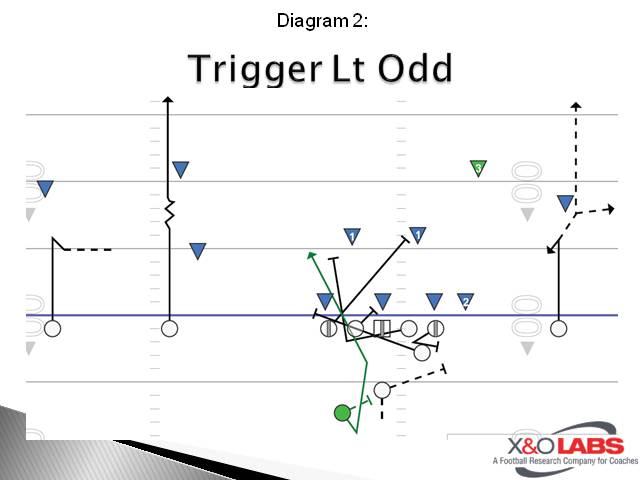 We also have a simplistic way of teaching this RPO to our Quarterback: 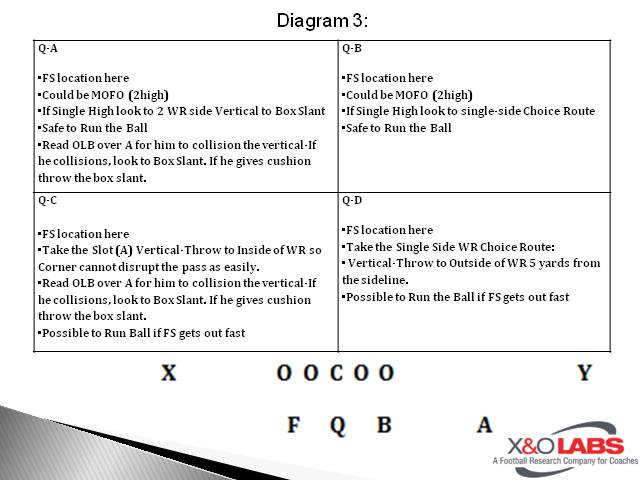 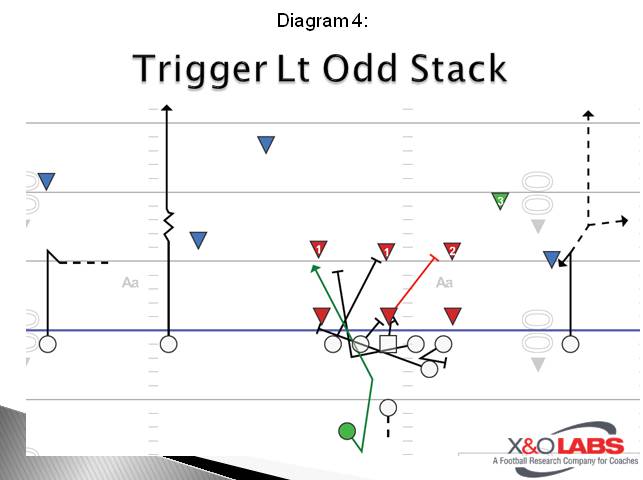 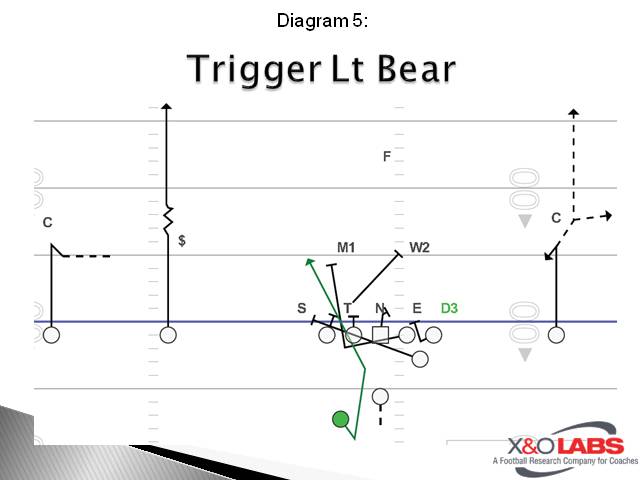