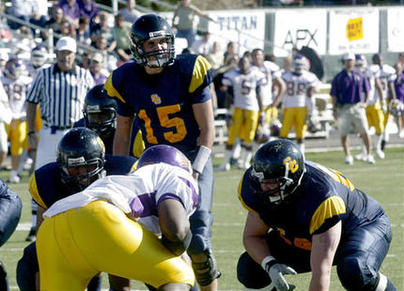 Editor's Note:  Coach Hughes served as the former head coach at JUCO Powerhouse Snow College in Utah, leading his team to a 20-4 overall record, 2 bowl game championships and a top 5 national ranking in 2 seasons. Prior to being named the head coach, he served as the Offensive Coordinator leading Snow to a 70-13 overall record (.843 winning percentage) in 7 seasons as an assistant coach.  Coach Hughes is currently at football intern at The Ohio State University.

At Snow College, we have been a 2-Back, Pro-Style Attack since the 2006 season.  During that time, our offense has finished in the NJCAA’s top 10 in total offense in five of seven seasons while averaging over 40 points per game.  Our run game has featured tight and wide zone concepts paired with toss and draw.  As a result, we have focused great attention in developing our nakeds off our zone run action in an effort to develop a comprehensive offensive system.

There are a number of reasons why we feel nakeds are an integral piece of our offensive attack.  First, they tie directly into our run game.  We ran tight zone 156 times in 2012 and need to have run-action looks that complement tight zone.  Our nakeds come off of tight zone fakes so it has been imperative that we spend an appropriate level on time in developing these plays.  Second, a solid naked game enhances our run game by delaying backside pursuit.  We’ve been fortunate to have a number of explosive plays where our running backs have cutback beyond our backside tackle as the opponent’s backside DE concerns himself with playing the boot action by our quarterback, thus taking him out his gap and giving us a huge running lane.  Third, our nakeds have proven to be highly successful in the red zone, particularly while on the goal line.  And fourth, the statistics generated from our nakeds reinforces the need to have them in our offense.  Over the past seven seasons, our nakeds have produced the following:

Like any successful offensive play, everything begins with your blocking success up front.  Our protection scheme for our naked game is summed up by the following points: 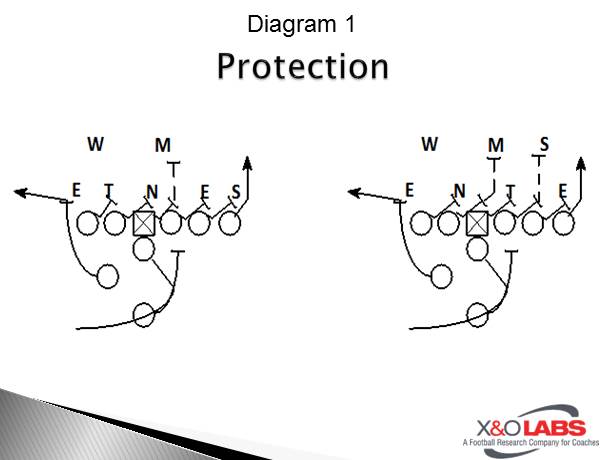