Several seasons ago, we wanted to incorporate some TE sets into our 5-wide attack. Depending on the player types we have year to year, we have created different personnel packages to bring more true TE body types into the game. We felt this caused problems for the defense while giving us angles and advantages across the front. We implemented three different TW 5-wide looks that each had their own strengths and we have used them heavily since that time. The formation that we liked the best is our double TE look. It is called Patriot after New England because of the success they were having with two TE’s and utilizing empty variations. 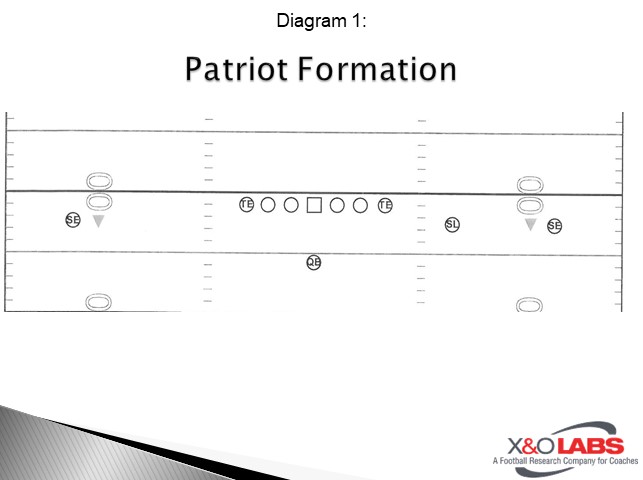 For us this is a simple change. We moved our slot on the 2-man side and our #2 receiver on the 3-man side into the TE positions because we wanted to leave the same skilled players on the field that we had in our 5-wide package. This formation specifically helps us create a numbers advantage in the box or over the field. We felt if teams were going to load the box up to stop our running attack, we would be able to pass at will on them. If the defense was more concerned about the pass, then we would be more than happy to attack them with QB runs. The defense really needs to pick their poison on what they want to give up and then we must be disciplined to attack their scheme.

The greatest thing about the Patriot formation is we are able to run the same plays we run in our zero TE 5-wide package. In practice, we may not cover all of the plays we could possibly run out of Patriot, but the players receive the play reps out of one of our other formations and can easily make the small adjustment to run the play during a game if need be out of this set. 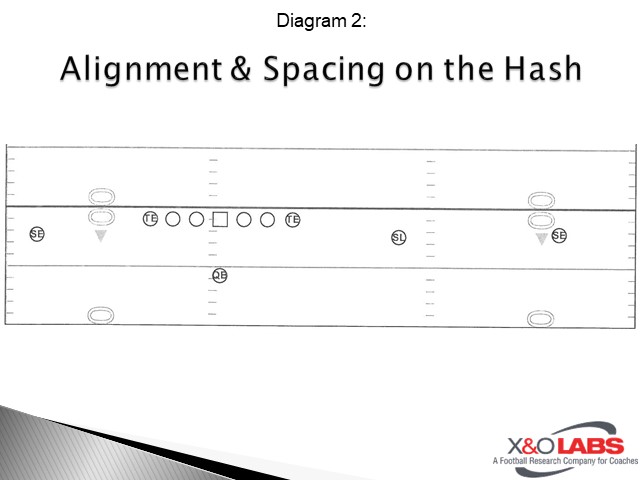 One of the best parts of this formation is that the defense will often times will not line up soundly.  DBs struggle with whom to cover and at what depth they should align. Defensive fronts are really in trouble now with the two TE look. We see a lot of 6-man boxes. If you are playing a 6-man defensive front that has a traditional alignment (ex. 4-2 or 3-3), how are they going to align and be gap sound? The short answer is that they cannot do it. To account for the extra hat, they have to change their box and this usually pushes someone into the wrong position.

Diagram 3 (below) shows a 4-2-5 look that we see frequently.  You can see why we are excited against this look as only six defenders in the box and the defense is giving up the run. 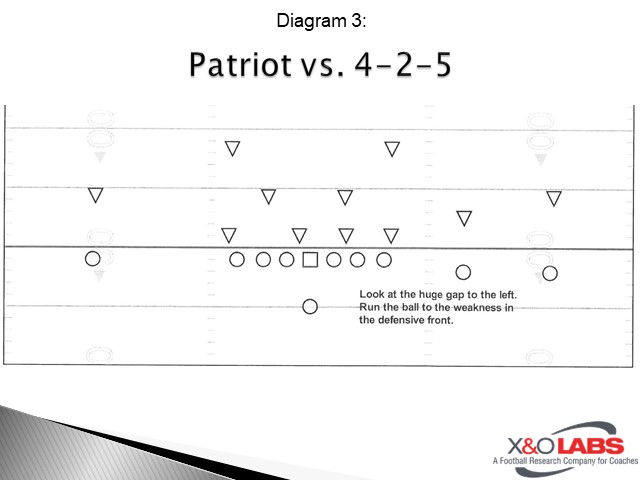 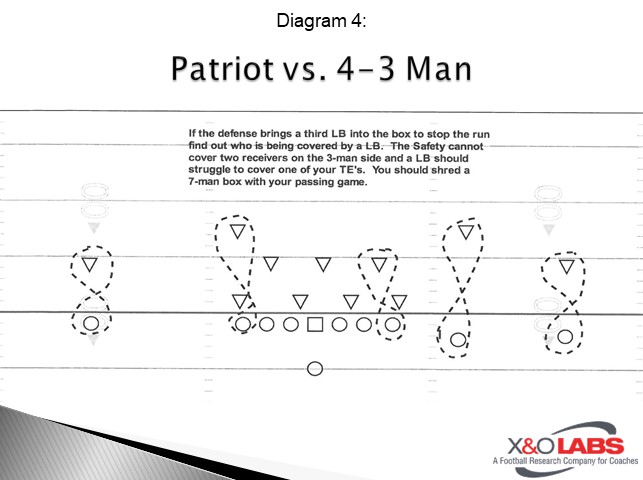