Having been a proud owner of my wing-t decoder ring for many years (yes, we have run counter criss cross and pitched it to the quarterback down field) all of the gun, spread, check and read games were never really part of my offensive tool box. That was of course until I actually started looking at how some of the really good running football teams were starting to evolve.  We started to realize that shotgun was not a dirty word and maybe there was another R.P.O other than waggle (although in my opinion none better).  So as a program that wanted to run the ball and do what we know but also start to use some of the really sound spread formations and check concepts we knew had to adapt.  So we started with our best play the buck sweep and our fastest improving play power.  Pretty soon 2X2 and 3X1 were more than just terms used when building a house.

Why Read the Buck Sweep?

For as long as we have run the Wing T, buck sweep has been my favorite and most successful play within any of the Wing T series. It is an intricate play that takes a lot of time to develop. To try and run it out of the gun and read the backside frighten to me to say the least.  However, the more we watched teams in our state and around the country do it, the more intrigued we became. While we continue to run it under center, backing up and reading it out of the gun has become more of the norm.  There are some trade-offs of course, but below are some of the advantages we found once we committed to reading the tried and true buck sweep. 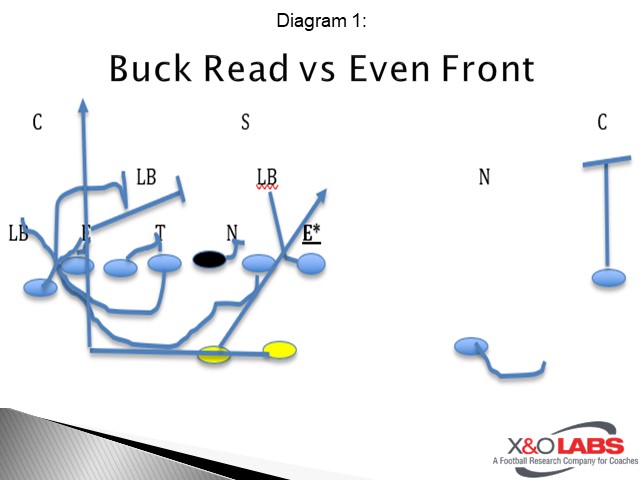 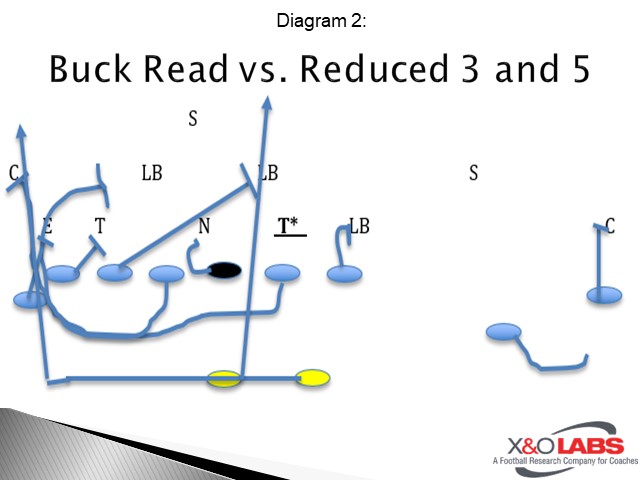 Traditional Power was starting to become a very good complement to traditional buck sweep. If we were having a hard time gap blocking the EMLOS due to him coming up field, we could now base him or even false reach him. We can also create double teams and run the ball in the A or B gap.

Now that we had made the commitment to use our QB as a runner and a reader, we felt we needed to be all in. To do this we wanted to be able to run our best plays in this fashion. This meant running power with the QB. The more we researched this, the more we saw people were running power with the QB and reading it with jet motion.  This intrigued us since jet was such a big part of our offense.  It allowed us to get to the perimeter fast, not have to win as many battles to be successful and the P/A and counter game fit with Wing T principles.  The motion alone gave people fits as we were using jet motion as window dressing for Wing T trap, belly and down in the run game. The advantages to stepping out from center and reading power were as follows (you could add many of the advantages of buck read as well). 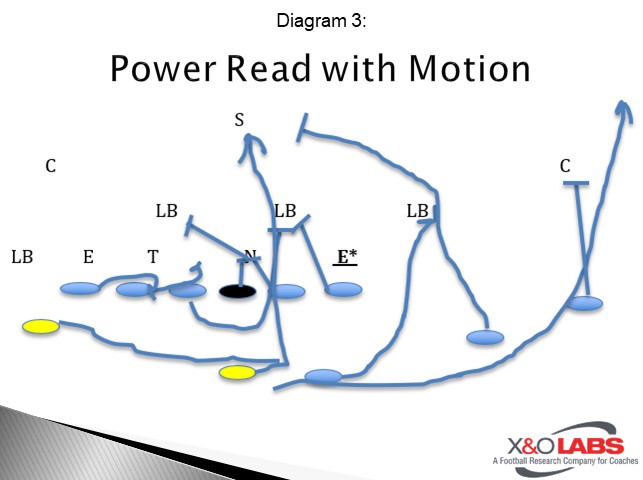 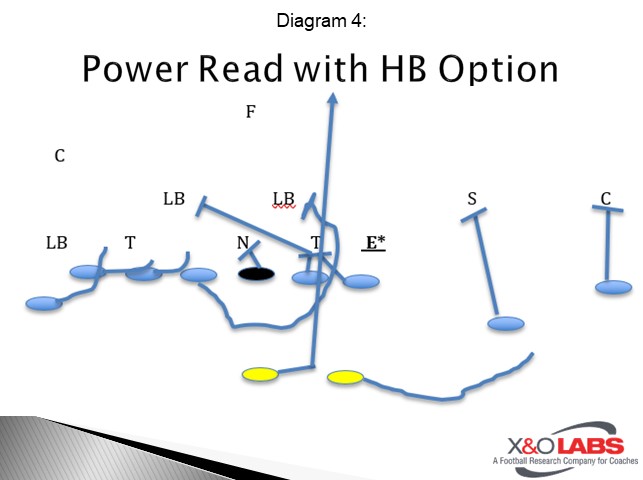