As coaches we are always looking for ways to boost our run game. Going into the past spring we felt that our offensive line was going to be a strength of our offense. We decided to take our best three lineman and put them on one side. We would use our H-Back/TE to serve as the tackle on the weak side. We wanted to keep our schemes as simple that could easily be translated back to our basic offense. The unbalanced sets allowed up to add a power aspect to our Offense and still hold the defense accountable for all the skill players on the field. We finished this year averaging 231 yards per game running the ball, with 31 rushing touchdowns. Our unbalanced sets accounted for 24% of our formations throughout the season. In these sets we were able to average 6.97 yards per play.

Benefits of Using an Unbalanced Line:

Offense is evolving each year. It seems that everyone today has some type of RPO regardless of the level of play. This in my opinion has led to more defenses going to a 3-man front. We see odd front defenses 80% of the year. This began to give us issues on our interior run game. This spring we began to look for an answer to this issue. As coaches we know that the thing that puts an odd front in a bind is a tight end in the Offense. However, we did not have a tight end. What we did have was five lineman and an H-Back that was willing to block. Our answer was to put our three best linemen on one side and use that as the point of attack.

By using an H-Back on the 2-man side we were able to keep the safety away from the point of attack. When we set it up we decided that we would call the 3-Man surface to the right “Green” and 3-Man surface to the left “Yellow”. We would use our “Houston” personnel. “Houston” is our personnel package where we take out our slot receiver and bring in our H-Back/TE. If you have a true tight end this package becomes even better because you can get in and out of it without having to change personnel. This puts the Defense in a bind because now they must always find the tight end and make sure their safeties are in the right spot. If you are able to mix in your unbalanced sets along with some trips tight formations, you are able to keep the safeties constantly having to figure out how to line up the defense. What we saw this year is that many defenses would play our tackle over set different than our trips tight sets with their fronts. Now defenses are spending more time on aligning correctly giving the offense the advantage. 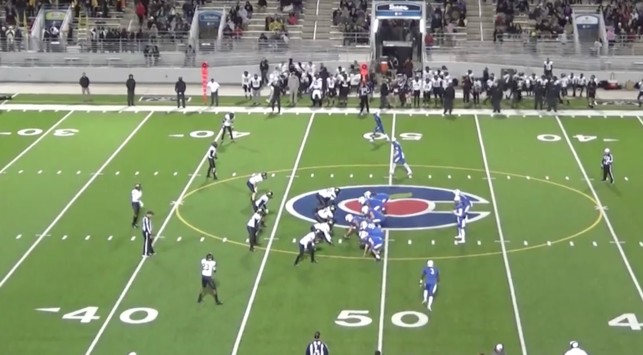 What we have seen this year is that most teams have one adjustment for how they will play the unbalanced set. In our opinion a defense must decide if they are going to play Nickel (Down Safety) to the 3 man surface side or to the multiple wide receiver side. This seemed to determine how the defense would play the front. If the defense played the Nickle (Down Safety) to the 3-lineman surface side, we would see some version of a 1-5-9 to that side and a 4i/3 weak. If the defense did not want to play the Nickle as a 9-technique vs the 3 lineman side it would look more like an even front with a 1&5 weak with a 3 and 6/7 strong making the defense look more like a 4-3. Once you know how the defense is going to play you up front you are able to move around your WR to create matchups. 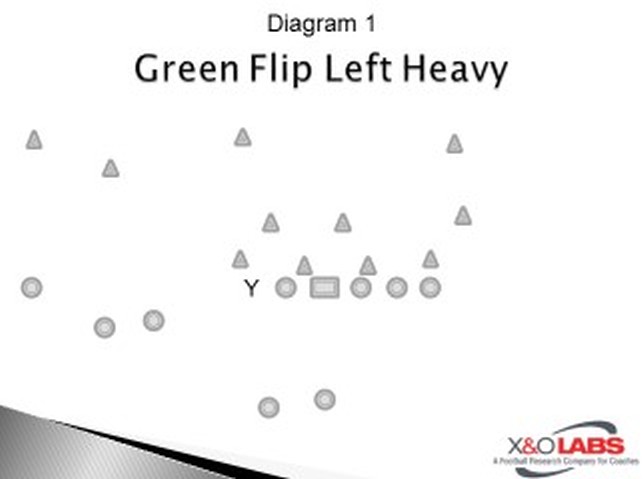 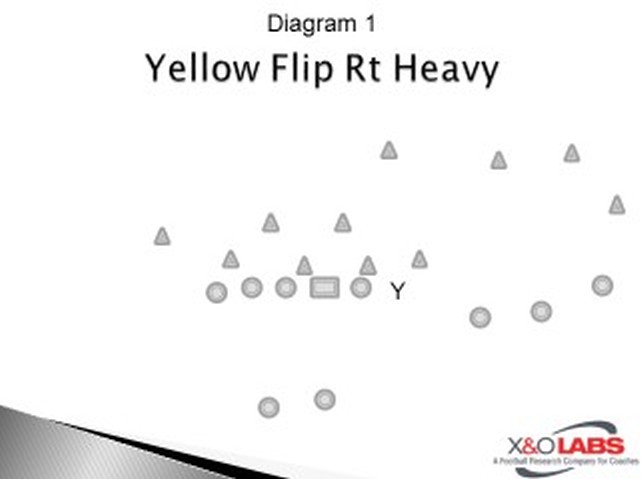 This was a great formation for us in our unbalanced set. The advantage that you get on offense is that now you have your three best WR’s playing on the same side. This opens you up to the possibility of any 3 man passing concepts that you have in your playbook. It also makes the defense decide how they are going to play their corner. If the corner goes over to the three receiver side and the safety stays on the 3-lineman side you open yourself up to a matchup you might like by motioning the Running Back out of the backfield. 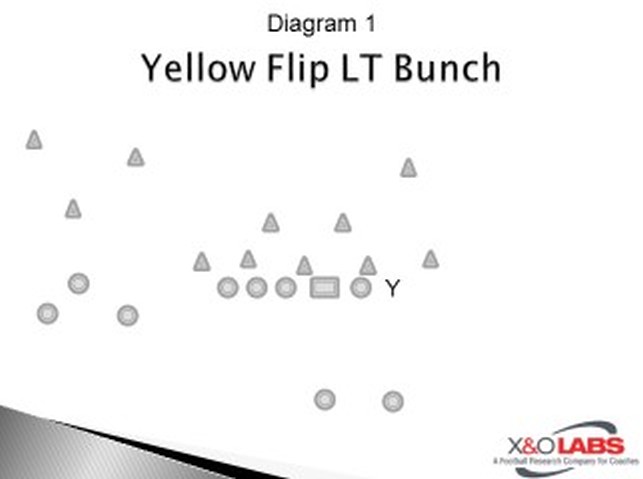 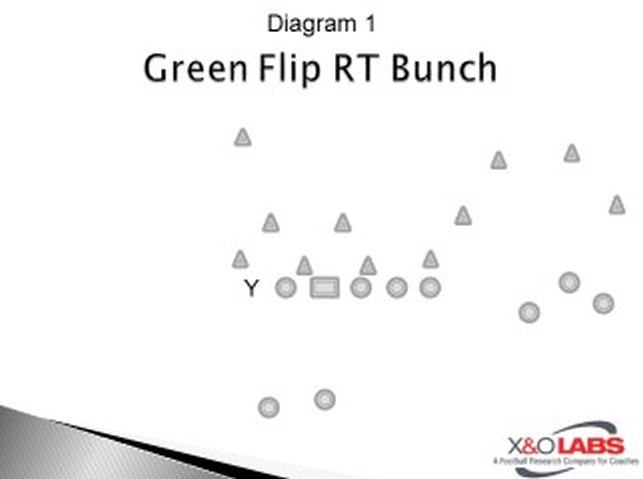