Editor’s Note:  Each year we ask our readers what they want to learn about in the coming year.  This year we had multiple coaches ask to hear from Will Compton, a current member of our Board of Advisors, on his powerful GT scheme. We want to thank Coach Compton for being willing to share the details to one of his most effective concepts. 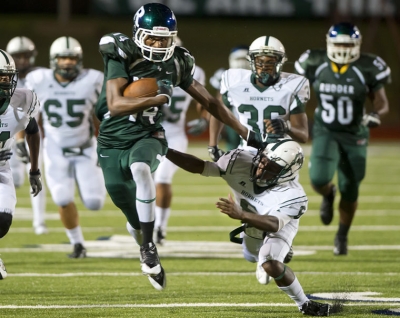 Growing up with a Wing-T background, Counter has always been one of the plays that have been a part of our “bread-and-butter” package. In the Wing-T, we always ran it towards the TE in order to get the double teams we desired to the back side linebackers. As we moved to the Spread, we were able to make some adjustments to the play that we had so much success with under center.

When I arrived at John Tyler High School in 2010 we changed the passing game so much that we left the name of all the run plays the same as what they had used before. They had always called “GT” Gator. So the name has stuck with me for the last five seasons. I have been blessed with some very talented quarterbacks that have been able to run this concept with precision including David Bush (TCU/McNeese St.), Greg Ward Jr. (University of Houston), and Braden Letney a 2016 QB at Conroe Oak Ridge. The common denominator between those three QBs is that they understood the details of the GT and GT Read allowing it to be immensely successful. This clinic report will provide the details that made them so successful. 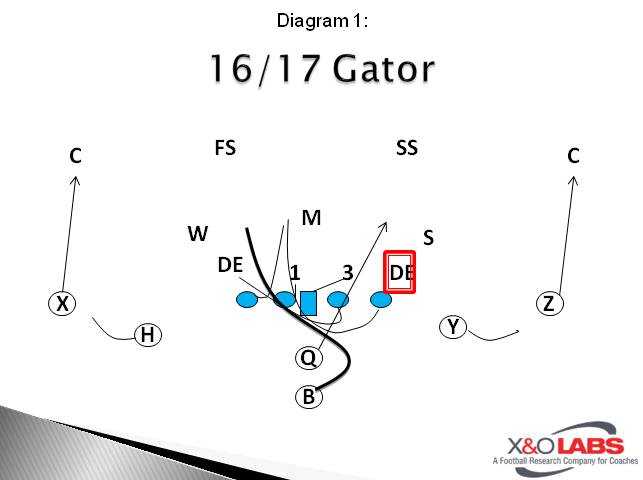 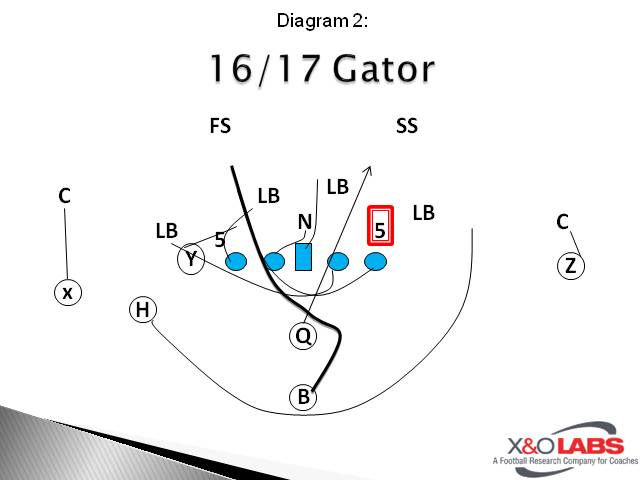 We want our offensive line to play fast and physical. For us, that means keeping it as simple as possible.  When it comes to the GT and GT Read, we keep it simple by ensuring that the blocking assignments for the offensive line are exactly the same. Instead, all changes will be made with the backs. We like this because it gives us the opportunity to get complex in the look of our plays, while allowing the offensive line to focus on the nuance of the defensive alignments.