The play action pass off the shotgun buck sweep is a staple of our offensive scheme at Refugio High School. It’s an effective concept that not only takes advantage of overly aggressive defenses, but it creates mismatches on the edge. The quarterback is able to get out of the pocket, out leverages the defense, and floods a portion of the field for a chance at a big play. It also is a play that has lots of potential options for complimentary plays including a built-in throwback.

To make any play action work, it starts with the base running plan. This is a look at our shotgun buck sweep play. As you can see, we pair the buck with the reverse motion to get the defense moving and to set up the play action later. 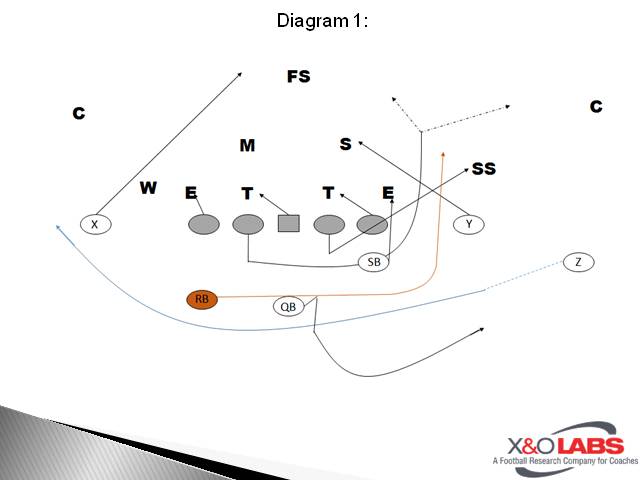 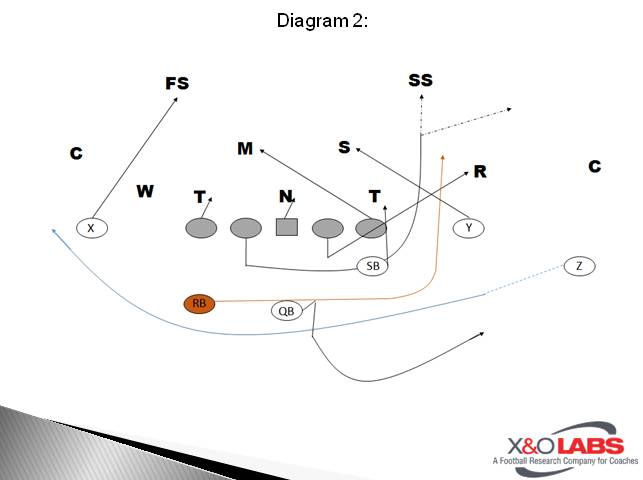 One of the many benefits of this play is that the protection looks almost identical to the run blocking scheme we use on the buck sweep play. The more resemblance your play action protection has to the run play from which it is derived, the more effective it will be. This is a six man protection, in which we pull both guards. The action of the guards pulling, coupled with the backfield action, will trigger the linebackers and safeties to come stop the run. When done correctly, he down blocks and pulling guards are almost indistinguishable from the blocking scheme on our buck sweep play.

The play side tackle and center must have great footwork to pull this off. The must step flat enough to not allow early penetration to cut off the pullers while not stepping so flat that they let the defender cross their face or roll out of their block for a free shot to chase down the quarterback. Ideally, the play side guard will pull and log the defensive end that is closing with the down block of the play side tackle. A common reaction by defenses to try and stop the shotgun buck sweep play is to widen their defensive ends so that the sniffer back cannot block them down. If this is the case, the play side guard needs to notice a wide defensive end before the snap and know that he will need to get more depth on his pull with the goal of at least squaring up the defensive end and not allowing him to pressure our quarterback. The back side guard will pull and gradually gain depth. As he gains depth, he will turn inside and pass block. He is responsible for any backer run through or back side edge pressure. The back side tackle will pass set and block the back side defensive end. 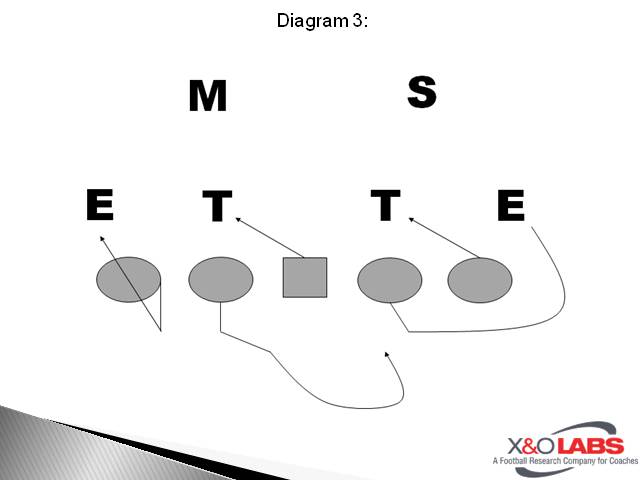 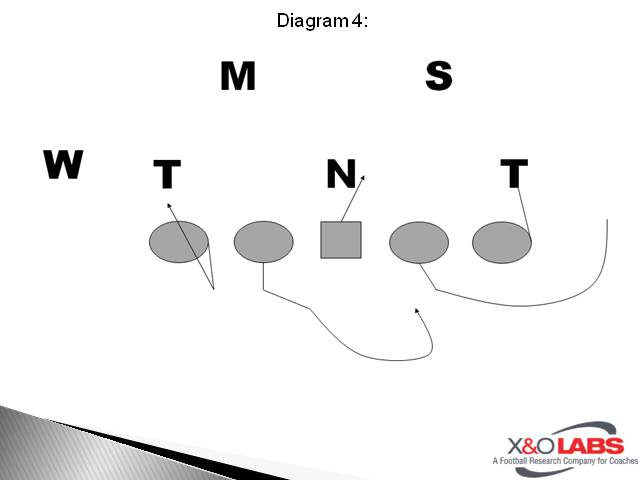 The backfield action is identical to our buck sweep running play. Let’s assume that we are running the play action pass to the right. We will end up with our sniffer back set 1 yard back and directly behind the right tackle. The running back will be set to the left of the quarterback, directly behind the left tackle, with his “heels on QB’s toes”.