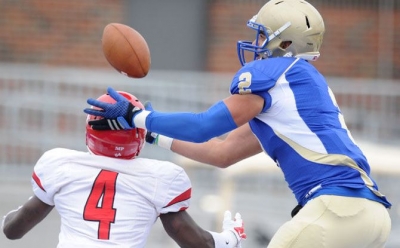 Here at Trinity Valley Community College, we are a RPO based team with our base run play being the inside zone. We have quick passes tagged off of virtually every run play that we can call. The dump pass concept, which is an RPO play on the classic pop pass, is a tag that we had great success with when it was paired with our inside zone.

One of the best aspects of this concept is its versatility. We basically have the ability to run this off of any run play or anytime there is an uncovered tight end, running back, or wide receiver. The base concept is designed to be run to a three receiver side, but can be run any time you have an uncovered man. Over the last two years, we have averaged 15 yds per pass and 6 yds per run on plays that are include the dump concept. 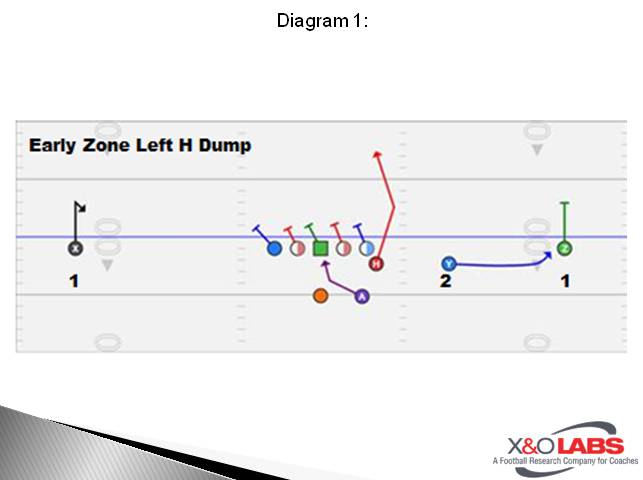 As I mentioned, normally we call inside zone and tag the dump concept for the #3 eligible player on the backside. We always have our tackles scoop or sift to the linebackers. We want the LB’s to fill their gaps with conviction. Here are the assignments of the receivers in the play:

#1 Receiver (Dump Side) - Block head up to first threat.
#2 Receiver (Dump Side) - Runs a crawfish route. For us, that is where the receiver takes one step towards the line of scrimmage and then back pedals to the sideline.
#3 Receiver (Dump Side) – Runs the dump route. The dump route is first and foremost a hot route. He will outside release away from the inside linebacker. If he is uncovered, he will slow down in the hot window while staying outside and away from the near safety. If the play side safety is directly over the top of the dump route and the backside safety is out of the picture, will run turn the dump into a bender at 8-10 yds. The Dump Route is best executed when players understand to coverage and how to run to grass.
#1 Receiver (Zone Side / away from the dump) - Runs a three step Now route (also called a Hitch).