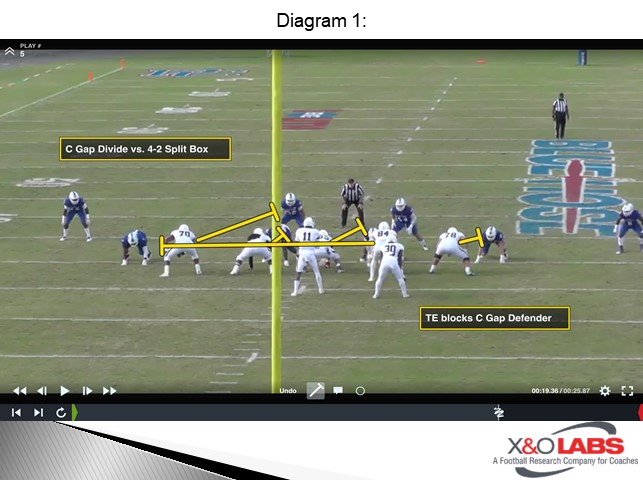 It also can provide for a cleaner entry point for the tight end in zone insert concepts. 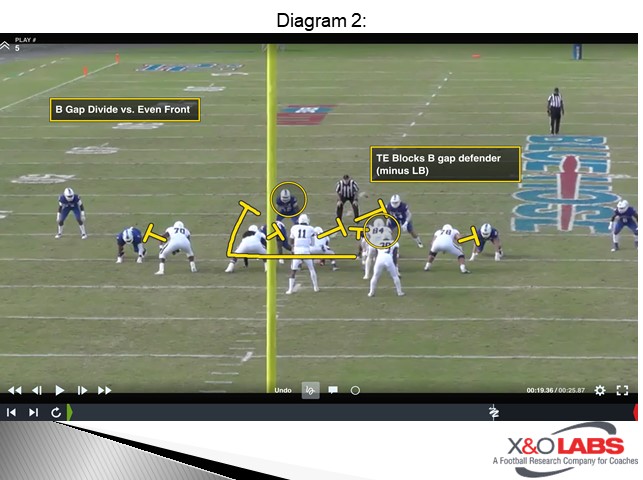 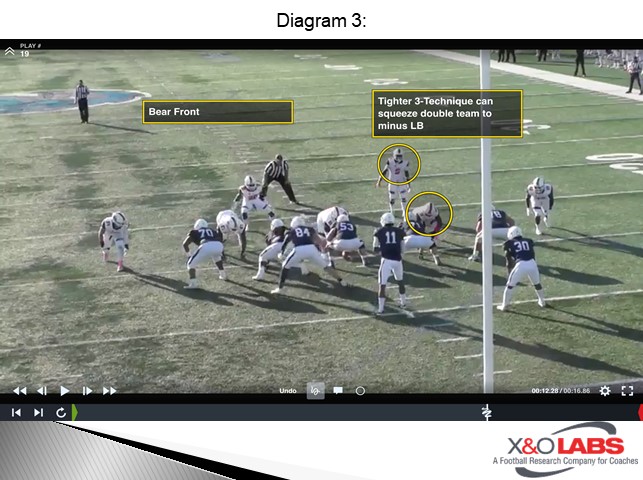 And the Bear front is a prevalent early down defense for good reasons- it draws double teams off zone and gap concepts in the run game and becomes nearly impossible to create movement along the run box. So, in order for offenses to get traction in the run game it becomes vital to split the front at the seams. And perhaps the best way to do so is by using some form of A gap divide principle, or better known as the “Wham” concept. While Monmouth University calls it “Able,” it has been a productive add for the Hawks this season, tallying a 7.6 yards per play efficiency.

The concept is built off tight zone by dividing the backside B gap or A-gap defender, rather than the C-gap defender most common in divide zone schemes. “We feel like we needed another way to divide the defense, rather than having the backside Tackle/Guard cut off the B gap,” said run game coordinator Brian Gabriel. “So, we divide at the 3-technique rather than the 5-technique. Some of the A gap divide worked us as well. We wanted to change the divide point from split flow zone and change who we’re cutting off, particularly against blocks we’re having trouble with.”

Like most inside zone teams, Monmouth University uses three different concepts in its base A gap zone installation and has the ability to insert the tight end on the front side or on the backside of the concept based on the tag. Often times, it becomes a check at the line of scrimmage.

Below are three tags Monmouth uses off its tight zone scheme. In each of these concepts, the backside is locking or “fanning” away.

“Easy”: This is a C gap divide concept. Tight end would come across the ball and kick out C gap defender. This is the most common form of divide zone.

“Nasty”: This is a B gap divide concept where the Guard takes his best release to the minus linebacker and the tight end will block the 3-technique defender. “This became a bear check for us,” said Coach Gabriel. “We prefer it to the 3-technique because that is the best release for the Guard. Good against Bear and Under fronts with 4i techniques” 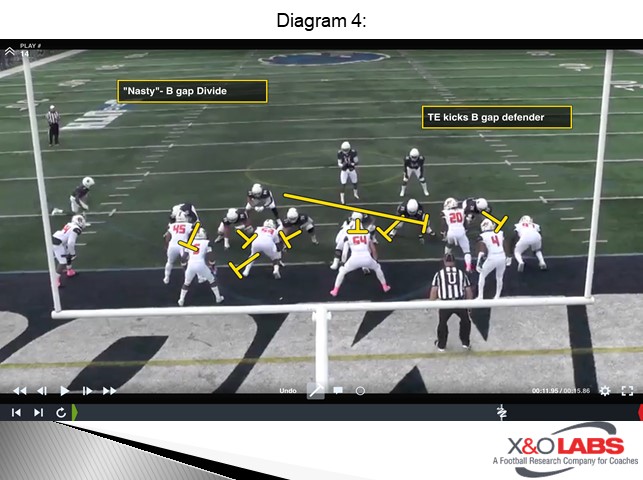 “Able”: This is an A gap divide concept where the tight end will block the A gap defender weak, which can be the Nose in Odd fronts. According to Coach Gabriel, it’s a solid fix if you can get a tell against Odd outfits that move the Nose post-snap, but may be more of a challenge against the two-gap technique Nose. “One of our opponents this season were crossing the Nose so the Center was disciplined enough to keep going play side and the tight end would block the Nose,” he said. Many defenses are not true Odd teams with movement so you can live with it. We tell the Center to block him like he’s coming to your gap. If he disappears go and the tight end will insert.”