Our sail concept presents a three-level flood of the outside third of the defense, placing receivers deep, middle, and short, applying maximum pressure on the third level defenders and creating a clear high-low stretch on the flat defender.  This is our constraint play designed to counteract coverages that cheat in order to fit the routes of the “Go” concept (link to previous article). 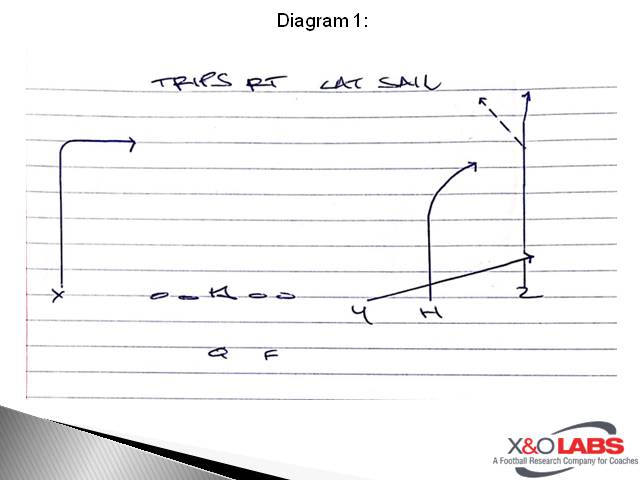 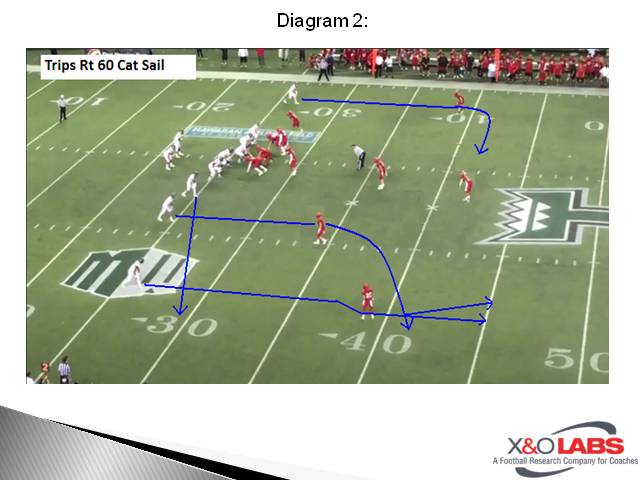 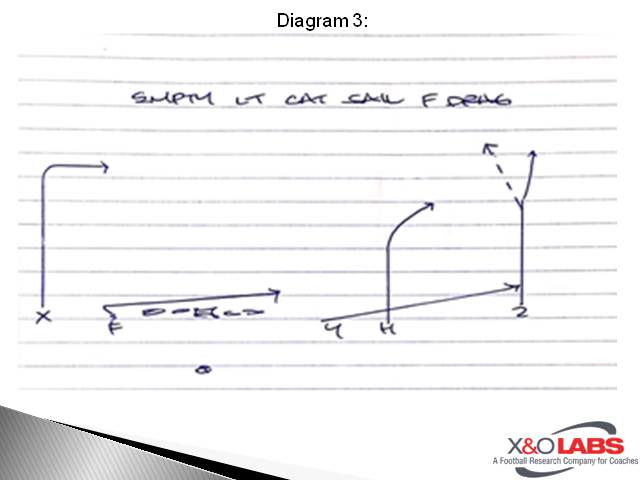 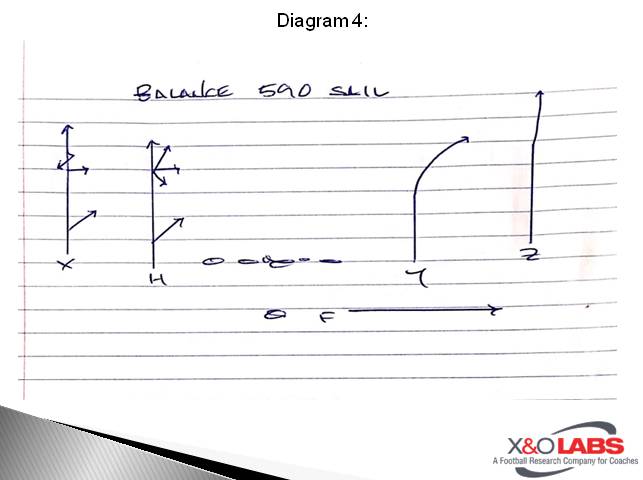 Back Side #1 Receiver “In Route”

The back side receiver will align at the bottom of the numbers and execute an in route. We want to speed cut out of the break at 14 to 16 yards, working downhill to the quarterback, or at worst parallel to the line of scrimmage. If we get man coverage we accelerate across to get separation. If we see zone drops in front of us, we come across under control looking to find a window between defenders. This route becomes a home run if the defense takes away the design of the flood concept by aggressively fitting our strong side route combination.

The front side outside receiver will align 3 yards from the top of the numbers if the ball is on the opposite hash mark. He will take a quickest release and run a go route with the option to post. His primary responsibility is to create a vertical stretch on the defense and protect the sail route from the most dangerous secondary defender.

I have the receiver start their pre-snap thought process by identifying the middle of the field as open or closed.  Disciplining the receivers thought process helps to control their heart rate, and increases execution of route options, which for the flood concept is the possibility of posting.

VS Middle of the Field Closed (MOFC) Zone Coverage (Cover 3) - The receivers’ job is to close the cushion on the corner quickly, staying tight to his outside shoulder. If the defender doesn’t fully transition as the receiver becomes a vertical threat, or if he hangs his eyes in the backfield disregarding his deep zone responsibility attempting to play the sail route, our receivers expect to get the ball for a walk in touch down. Releasing outside of the corner helps the quarterback distinguish if he’s going to be a true threat to the sail, and staying tight as the receiver runs past the corner forces the defender to commit to covering him because of his proximity and vertical drive.

VS Middle of the Field Open (MOFO) Zone Coverage (Cover 2/Cover 8) - Against a cloud corner (cover 2 or cover 3 cloud), the receiver will do one of two things. 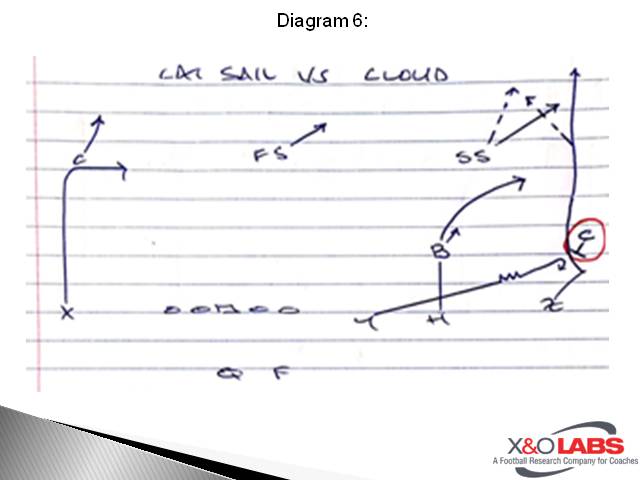 If we get an aggressive safety that is locking up on our sail route as cover 8 defensive structures sometimes do, our outside receiver will run a post at the level of the safety. The coaching point is to close the cushion on the cornerback, then establish his angle to the post as soon as he feels the safety flatten his drop. Doing this in addition to having the sail route break slightly sooner and flatter, presents a cleaner picture for the quarterback. The receiver should take a high angle, allowing the quarterback to put air under the ball and throw him to the middle of the field. 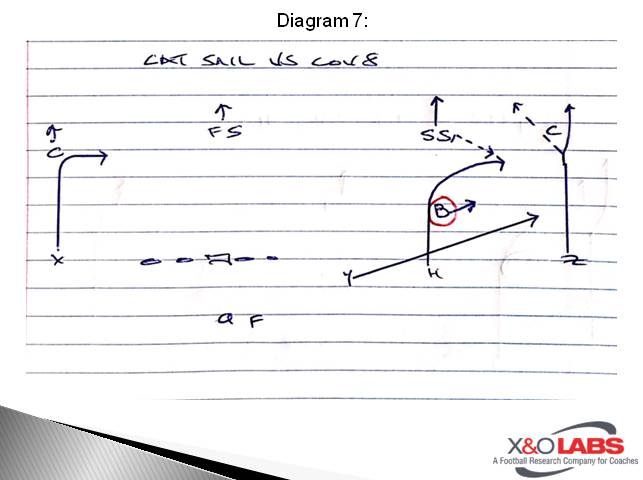