Sprint Out Game in the Run and Shoot Offense

One of the greatest offenses ever created was the Run and Shoot offense by Glen “Tiger” Ellison. Over the years you see coaches like Mouse Davis, John Jenkins, and June Jones take this offense to the next level. One of the critiques of this offense is that it doesn’t work at the high school level because we do not have the time to dedicate to making this system work. People also suggest that it is too complicated for high school players to understand all the route conversions that we use in the “shoot.” I tell them that the proof is in the stats. In eight years running this system, we have averaged 2,279.75 yards per season and 27 TDs per season.

Coaching the run and shoot gives defenses problems, even in the modern era of zone blitzes and bracket coverages. When people hear that we are a “shoot” team, I always get people asking about the core concepts that we run (examples: Go, Choice, Read, Hook, Slide). However, I am quick to remind them that moving the pocket with our sprint game is a vital part of our offense that often times gets overlooked. Our Follow concept has been particularly successful in our sprint out game recently and that is what I will focus on for this report.

While we have three different sprint protections, this article will focus on the “dash” protection. I like using a Dash protection because it allows us to have a quick game route built in as an easy access throw to the single wide receiver into the boundary. If it is there take pre-snap, we expect the QB to take it right away. If it is cloudy, the Quarterback then will get into his sprint progression. 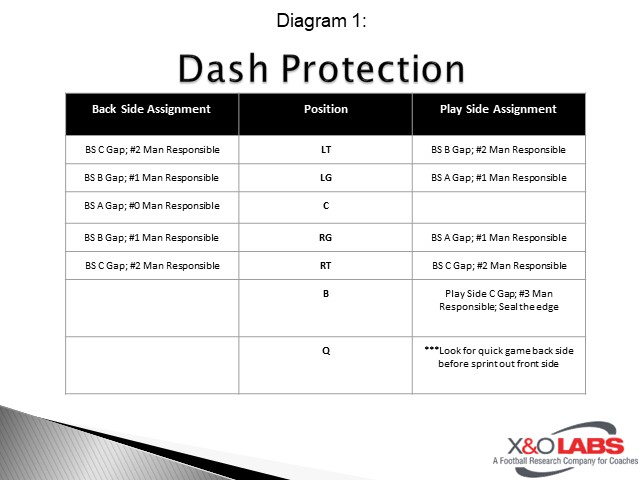 The RB knows that in our Dash protection, that he is not gaining the edge as fast as our other two sprints. What we ask our back to do is to act like he is blocking our drop back protection and give the edge defender grass to the inside. We want have the defender go inside so our back to pin/seal the edge for the quarterback in the event that he sprints to that side. 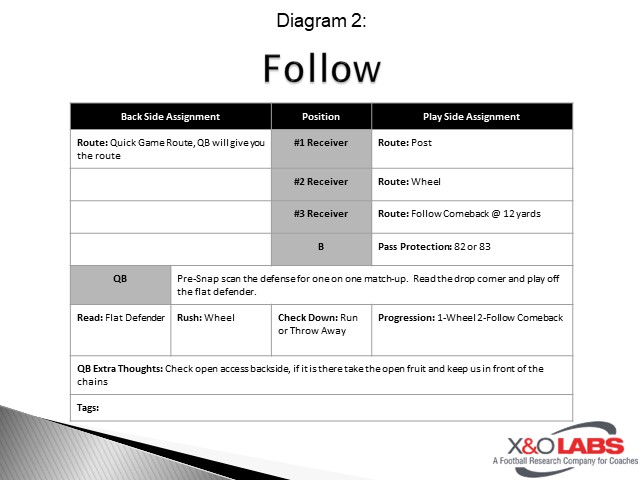 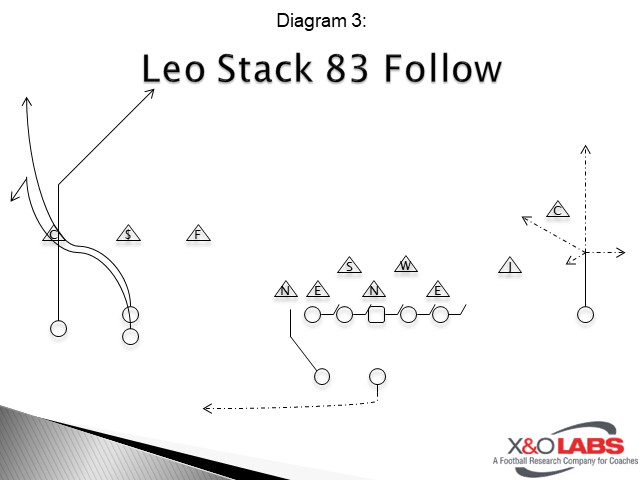 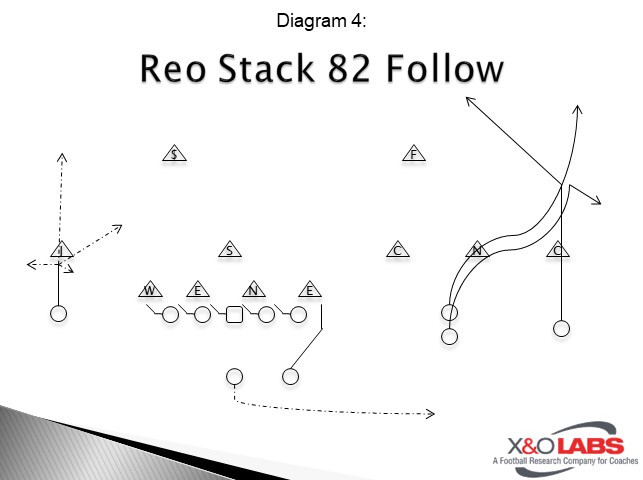 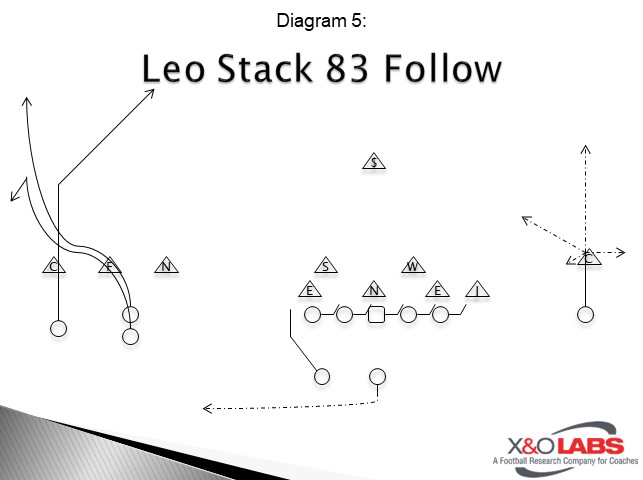 Everyone we play will run a version of sprint flood. We see Flood like (Go, Flat/Bubble, Corner/Bench), Flood like (Curl, Wheel, Flat), or Flood like (Curl, Corner, Flat). We created our Follow concept because we were getting a lot of bracket and man coverages. We needed a sprint concept that was a little different than what other teams ran and were not used to seeing. This was so that those defenses would have to devote extra time to defending the concept. In doing so, we came up with Follow and it has been a great change up when we want to move the pocket and get a deep to intermediate throw. We love throwing this concept against teams that like to play some sort of bracket or man against our trips packages.

The big thing for us in our Follow package is having the post WR get the attention of the near safety and take the top off of the coverage. He doesn’t know right off that he is used mainly as a decoy but after running the route they tend to recognize that. You must get that player to recognize the importance of what the post does for this play.