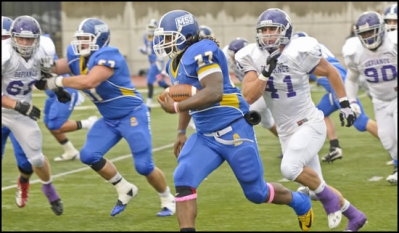 One of our favorite concepts here at Mount St Joseph is the “split end power” that we run away from trips in 3x1 formations. We are attempting to control the box by adding a pass option component to our split end run play. Like any other version of option football, we are working to outnumber the defense by adding this run pass option concepts (RPO). Offensive coordinators are always looking for easy completions and using the split end power will give you easy completions on 1st and 2nd down run situations.

For the offensive line, the concept is simple. They will “block four down to the WLB.” Against an over front (Diagram 1), the backside guard and tackle block the 3 and 5 technique. The playside guard blocks down on the DT/NG and the center skip pulls and blocks the WLB. The center needs to read the play side tackle’s block on the DE. If the DE stays as a 5 technique, the Tackle will widen him to open up the hole and the Center wraps in the B gap and blocks the LB. 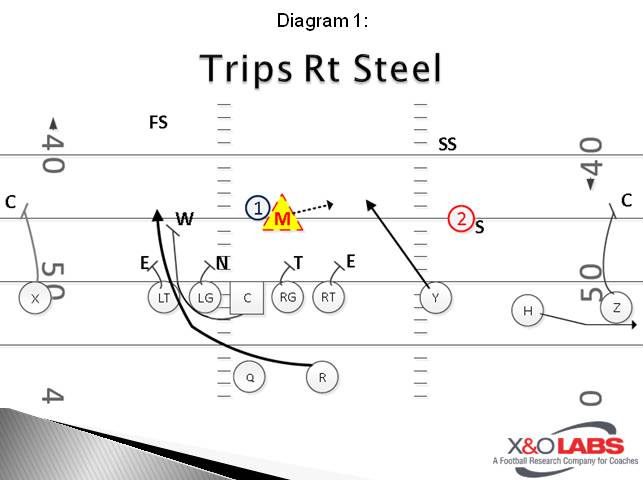 If the DE stunts into the B gap the LB will be crashing off the edge and as the center sees this, he will execute a kick out block on the LB. If the playside tackle sees the DE slide into a 4I and the LB creeping outside, he can make a kick call to alert the Center to kick out the end man on the line of scrimmage (EMOLS). 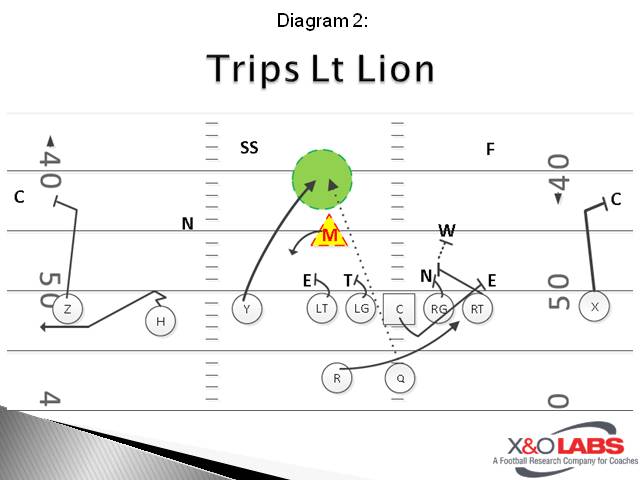