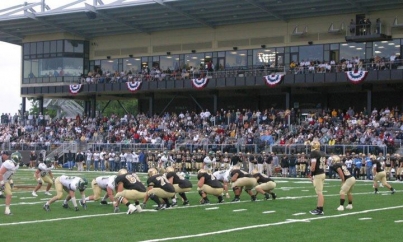 There is a difference between having the Inside zone scheme cutback and teaching the Inside zone to cutback.  Southwest Minnesota State does exactly that when working with its backs on the inside zone.  The Mustangs mostly operate out of open sets in 10 personnel with an offset and depending on the front given, they will have their back read the back side shade technique, or even zero technique in order to ensure a cutback. In its simplest sense, Southwest Minnesota State will classify their fronts and reads based on the following (they will mainly have a read principle for the back side defensive end):

4-3 front with a zero Mike linebacker- ball carrier reads the triangle and can cut off the shade (Diagram 1). 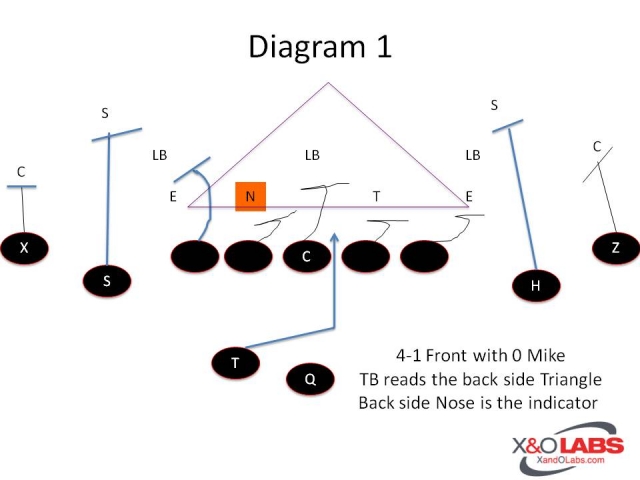 4-2 front with two backers- ball carrier reads the square and can cut off the shade (Diagram 2).