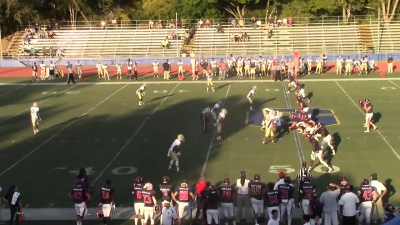 We are a spread, no huddle team, and we like to go fast. Our offensive philosophy is to use the defenses’ alignment and angles to our advantage, and while it sounds simple, attacking where they are weakest. Our personality as an offense is very aggressive, finding and exploiting a defense’s problem areas at a breakneck pace. While we are a run-first team, we had a group of very fast and talented receivers in 2014, and as a result we had a constant vertical threat.

As a result, we saw a lot of defenses attempt to answer our tempo and vertical threats with a 6-man box and quarters coverage behind it. We saw both 4-2 and 3-3 fronts. We used several concepts against this coverage, but the following formation/concepts were the most consistent.

The first thing we do, when we play a quarters-based team is to get into a trips alignment. This gives us some favorable angles and creates assignment difficulties for the defense. Trips specifically binds the backside safety and the strong side backer.

To maximize our chance for success with any coverage beater, it is important for us to have a basic understanding of coverage rules. In Cover 4/Quarters, we teach our QBs the basic principle that the CB and FS are reading the #2 receiver. If #2 stays vertical to the defense's "breakpoint", the FS will take him in what essentially becomes man coverage, while the CB is responsible for the #1 receiver’s vertical route. If he #2 breaks out early, the CB will jump him (depending on individual teams' rules), and the FS is responsible for getting over the top of #1’s vertical.

In trips and to the field, the SS is the flat defender, giving underneath support for the CB and FS. The next LB inside is responsible for collisioning a vertical route to the opposite hash (4 verts from trips) (Diagram 1). If the weak safety rolls too far to the middle of the field, we essentially have a one-on-one matchup with the weak side corner (Diagram 2). We coach our QB that one-on-one is not covered, because ball placement and timing can win every time, so we often take shots at the back side of trips in this situation. The back side route is given in the play-call based on our strategy for attacking a one-on-one situation that week. 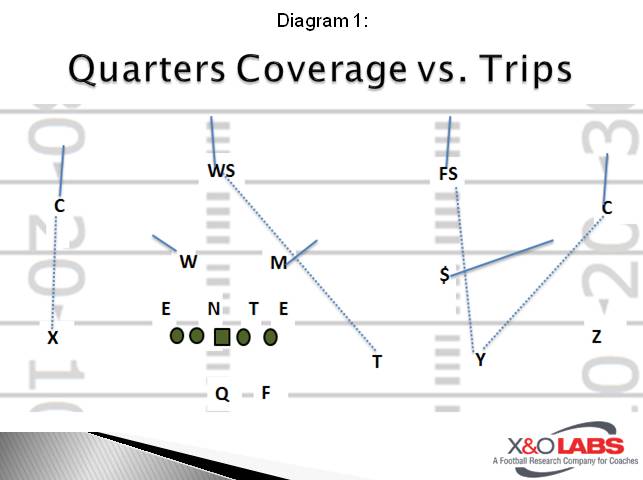 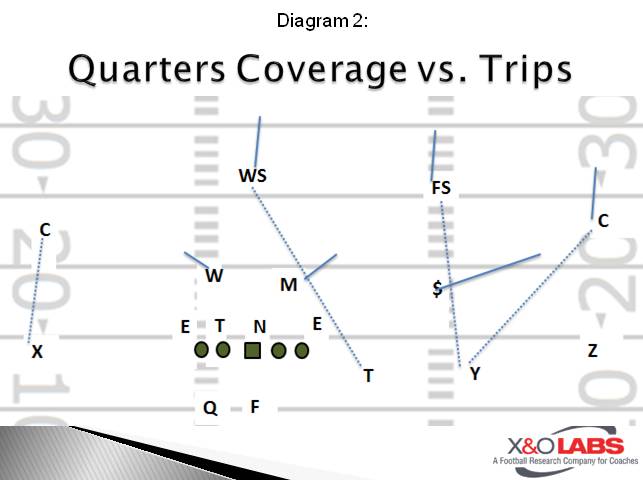