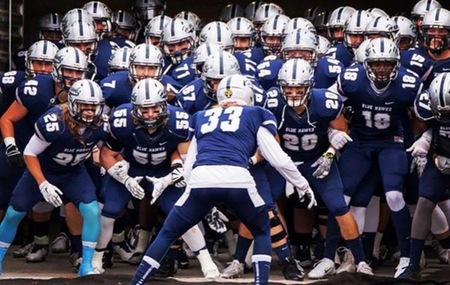 The past couple of seasons, we have been trying to play “11 on 10” football. We had a quarterback that was a nice runner and could do a great job in the read game. This approach also helped our young offensive line that was not ready physically to handle some of the defensive players on our schedule.

During this time, we ran a steady diet of zone read and power read concepts. It worked well for us, but our opponents soon began playing different games against us up front to muddy up the read for the QB. Against the zone read, the defense would crash the end on running back and loop linebacker for quarterback. Against the power read, we saw defenses collisioning the mesh point and looping the linebacker.

To counter these tactics, we needed something different to slow down both the end and linebacker while getting the ball on perimeter and giving the QB a lead blocker.  The result was our G Read concept . Since installing this play about halfway through the 2014 season, we have averaged almost 7.5 yards/play on G Read.

At its core, this concept is quite similar to everyone’s “G” play. The difference is that we pull for the backside LB and leave the front side LB. The quarterback is taught to read the LB head up of the center to the playside tackle. If the read key flows with the jet motion, our QB keep will keep the ball running the QB “G” scheme. If the linebacker doesn’t flow, the QB will give to jet motion back and we feel we can get the edge.

The QB read is rather simple for this play. We tell our QB that if he thinks the Jet can out run the Mike at exchange time to give it. If he doesn’t think we can out run him or we get flow, the QB will keep ball and get to A gap. Whenever they are in doubt, they are told to give ball to the jet player and save the QB from taking another hit. 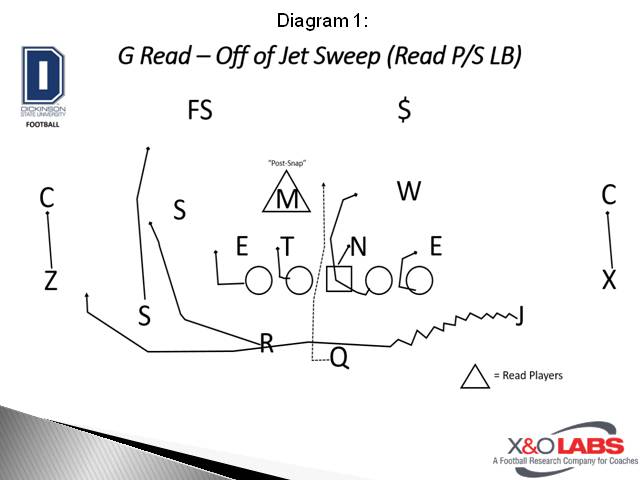 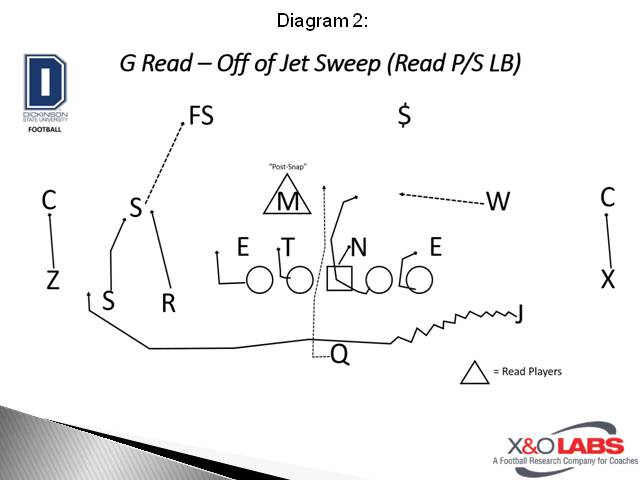 We can also run this play straight out of the backfield with no motion with our tailback. It is a little tougher read for the quarterback, because the linebacker is not flowing so hard with jet motion. In our league, we see a lot of 6-man boxes in 10 personnel formations. 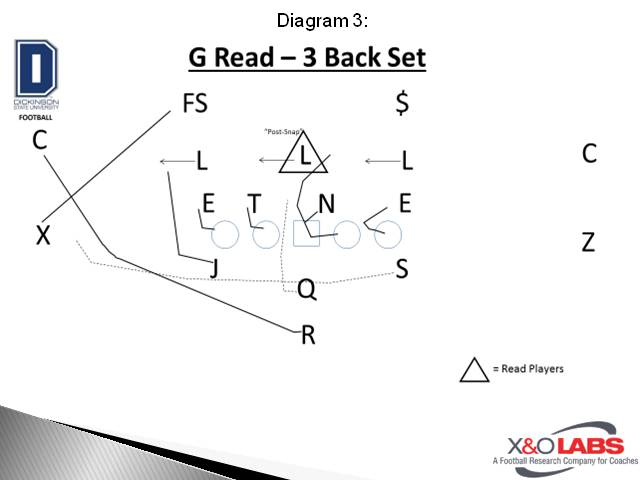 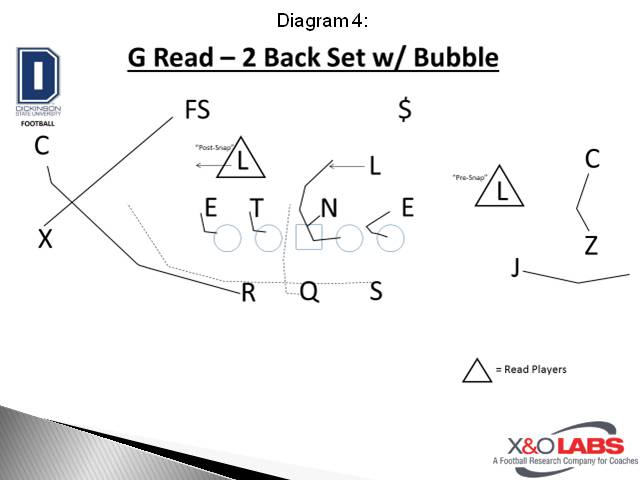 We run this play mostly from 2x2, 3x1, or empty sets. Most of the time we get 2-high safety looks with these formations. To the front side of the play, we are running outside zone. Our play side tackle is taught to bucket step and to try and reach the outside wing of the defensive end. To the backside, we can tag a bubble or quick screen.