In the Spread to Run offense, we are dedicated to methods of efficiently attacking the perimeter. The screen-screen option below is one of the primary methods we utilize. We base the play out of the empty formation with a sniffer back.  The empty formation with a sniffer is a portion of a bigger picture that provides the offense with a 7-man run game box while still being able to 6-man protect the drop back game and attack the perimeter with linemen in the screen game. 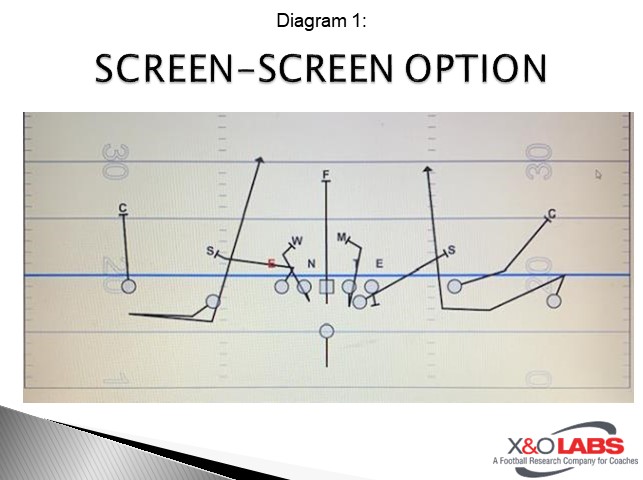 Proper identification of second level defenders is of utmost importance to ensure that all defenders are blocked. We employ a count screen count system to minimize mistakes and help the line play fast. 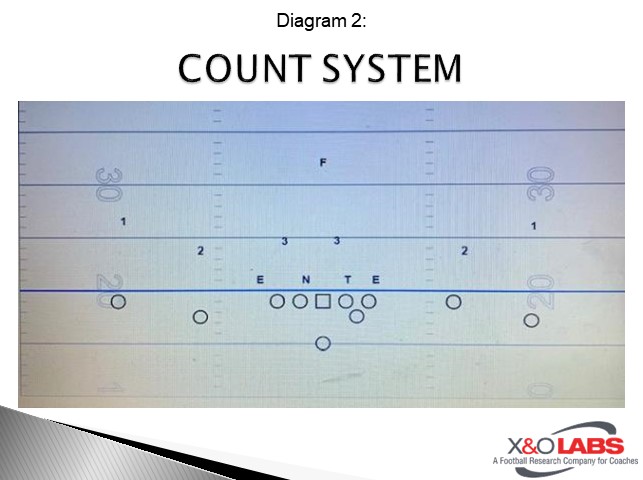 PST: The play side tackle’s job is to inside release and kick out the #2 defender. His aiming point is the near hip of the defender. After his release, his path to kick out must be flat down the line of scrimmage. If his path is too far up field, he risks the defender beating him to the point of attack.

PSG: The play side guard’s job is to pass set for a 2 count, punch the down lineman, and block the #3 defender. He will over set, or under set a defensive lineman depending on his technique to create an easier path to get to the next level defender. He must also release flat to keep the defender inside the tackle box.

C: The center’s job is to pass set for a 2 count and block the middle linebacker to the free safety. Like the play side guard, he will pass set to create an easier path to get to the next level after the 2 count and punch.

BSG: The back-side guard has the exact same job as the play side guard.

BST: The back-side tackle’s job is to quick set the defensive end. He will quickset to stop any up-field penetration that may interfere with the tunnel screen to the wide receiver to his side. 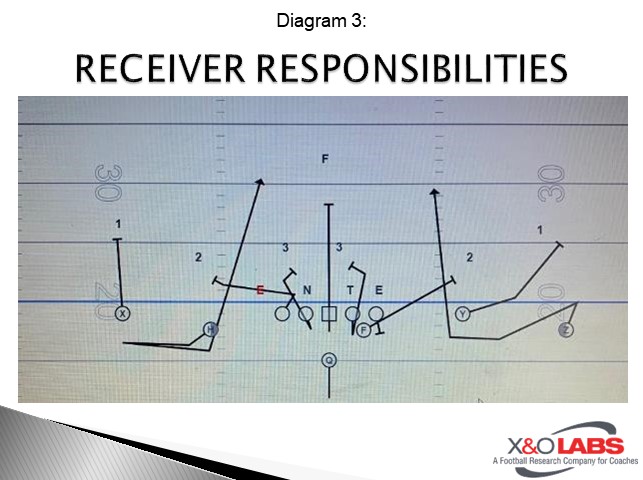