Creating and Communicating “If/Then” Controls for an Empty Package Menu

What does a team that throws the ball nearly 70% of the time have in common with a wing t or option attack? We believe a lot at the University of Puget Sound.  Our approach to offensive football is to have a rationale for calling plays based on putting a specific player in conflict.  This loosely based approach to Wing T football applies to all personnel groupings in both the run and pass.  We build our playbook with If/Then statements like what you see a Wing T or option system use.  Our core belief is to always have complementary answers to whatever a defense gives us. Over the last two seasons, we have lined up in 5-Wide Receiver sets nearly 50% of the time. In our offense, we will always have a screen component in every scenario.  We will cover one screen or rub play and one drop back play per If/Then statement. Ideally, these calls are made by me from the sideline in normal down and distance situations. However, we have progressed towards teaching our quarterbacks to make these calls at the line of scrimmage. The scope of this report is to go through one of our decision trees of why we call what type of play at a specific time.

For this report, we will break down our If /Then statements working from Cover 2, to Cover 3 to Man coverage. This report will not cover each scenario or cover specific coverages we might face from specific opponents. Since we line up in 5 Wide Receiver sets so often, we get a myriad of “special” coverages each week. However, the base premise is the same as how we go through to figure out the best form of attack rather than picking a random play.

The first area we look at is to count how many players are in the box.  We define the box as horizontally from TE to TE (whether we have one on the field or not) to 5 yards deep.  If there is less than 6 in the box, we will determine if we have angles and space to run the ball with the QB. Often, we will have only 5 in the box but an outside linebacker close enough to get a hit on our QB if we called a designed run play for him. In our designed QB run plays, the QB must get 5 yards before an unblocked player can get to him or we have better options. 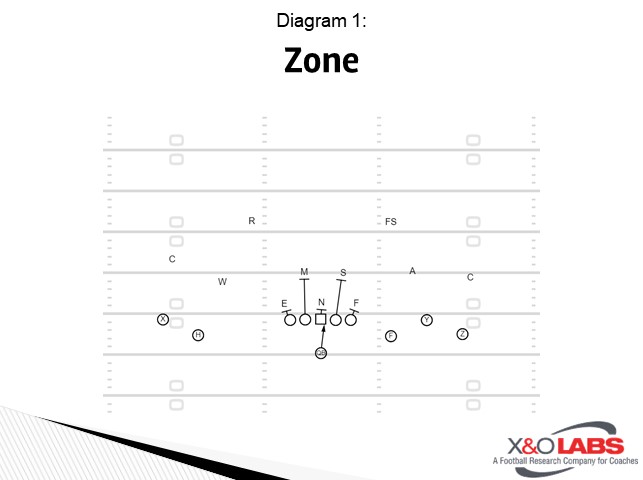 Editor’s Note: The staff at Puget Sound has provided narration for each clip below:

Clip 1: Notice how there are only 4 in the box. This is a best-case scenario to run the QB.  We get this look often, especially when teams are playing any version of 2 man in a 4 DL look.

Clip 2: Even though they end up bringing pressure, they only have 4 in the box pre-snap. 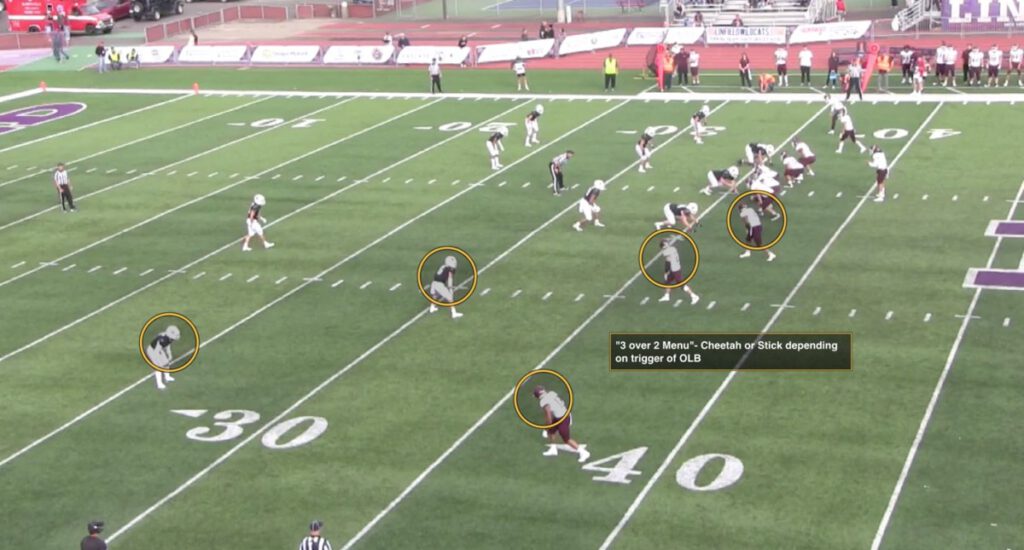 “If/Then” Protocols to 3 Receiver Side:

We are going to focus this part of the report on working the 3 WR side of the formation.  Later we will discuss throwing the ball to the 2 WR side. We also in our offense have full-field reads that have multiple ways to get WR's across the field. For this report, we will leave full-field reads out of the report. The primary point is to develop a thought process to fit your offense, rather than specifically copy what we have come up with at Puget Sound 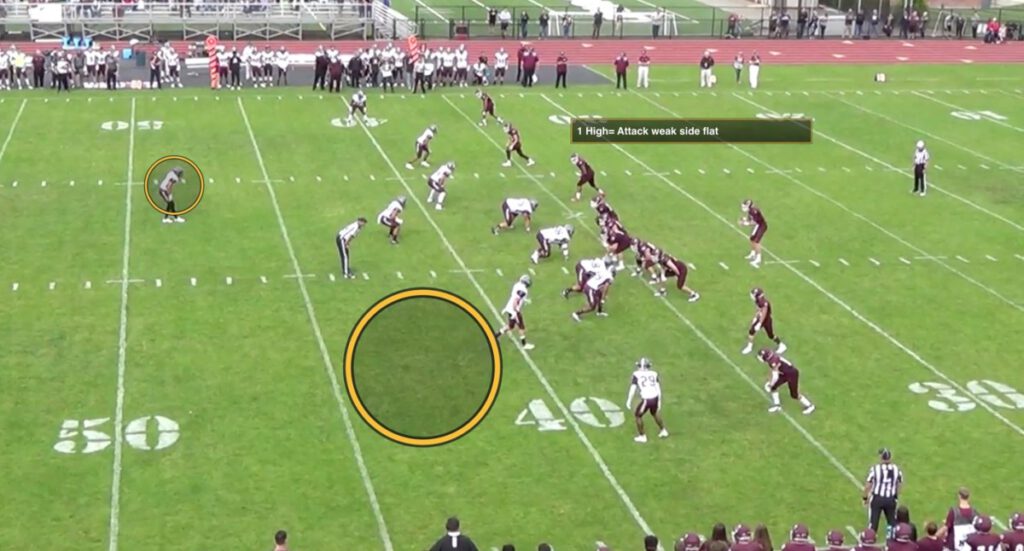