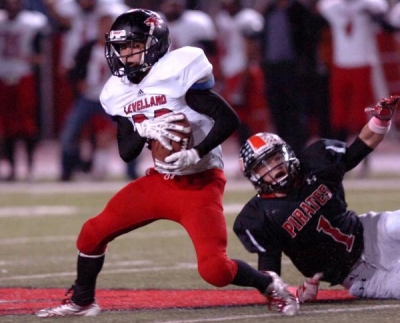 Since arriving at Levelland High School, running the counter concept has been our primary scheme. Regardless of being in the spread or in the “I,” counter has been the one constant of the offense. We have found that in order to combat defenses, we have had to have various ways to run the counter.

This year we adopted an RPO mentality, and found a way to mesh counter run game along with a sneak bubble concept. As the season progressed we established five RPO plays, and the counter scheme was my favorite as well as one of the most successful plays that we ran. When we run our RPO's we are looking to throw first and run second.

The base formation for our counter scheme is 3x1. The back is positioned beside our QB to the trips. Our landmarks are always middle of the numbers with the outside receiver - our Z (most people's Y) flexes 5 yards from the tackle and the F splits the difference between the Z and Y. 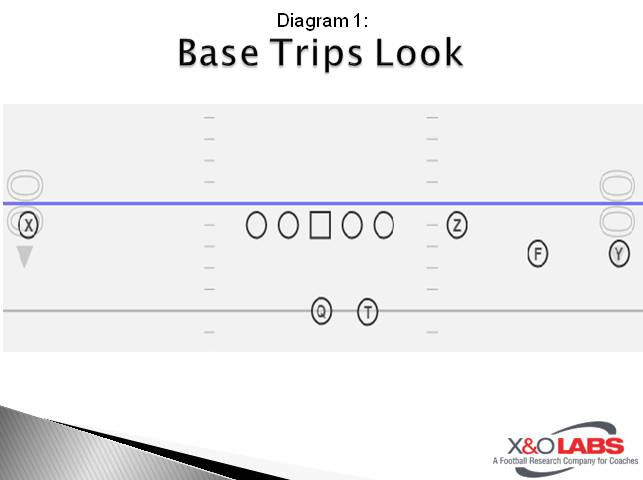 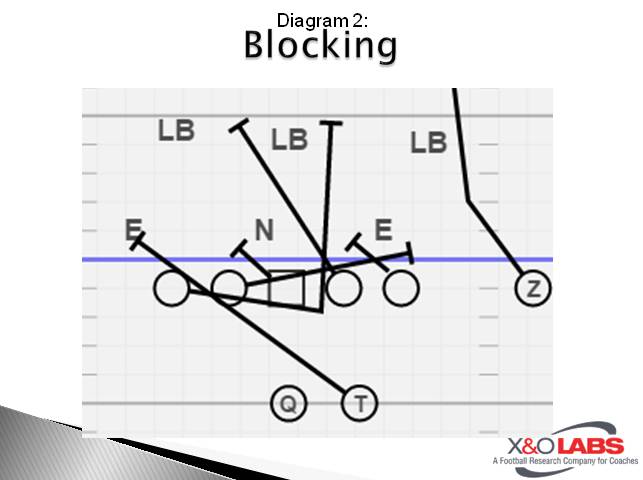 Center - Down - Block first guy inside - Combo a nose guard to backside backer - If you are uncovered you pull and kick out first guy outside of the PST - We only pull when we have a 3 or 4i backside.

Back Side Guard - Pull - Kick out first guy outside of the PS tackle - We call this a long pull - We say "you, you" to alert the center to pull when we have a 3 or 4i on our side.

Back Side Tackle - Pull seal up inside of the combo block. We call this a short pull. Versus a stack, we will kick out on the stacked backer over the 4-technique play side. If we are facing a team that starts blitzing the backside hard we will pull check the BS T much like he would do when running the power.