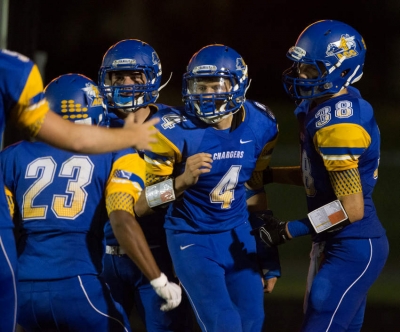 It is safe to say that we have all run up against the “bend, but don’t break” defense, who wants to prevent the “big play.” These defenses are trying to force the offense to be patient and string together 9, 10, 11 play drives for scores. In doing so, they are much more likely to play a safe zone-coverage designed to limit the big momentum play. This clinic report will focus on how we attack that Cover 4 or Quarters Coverage. 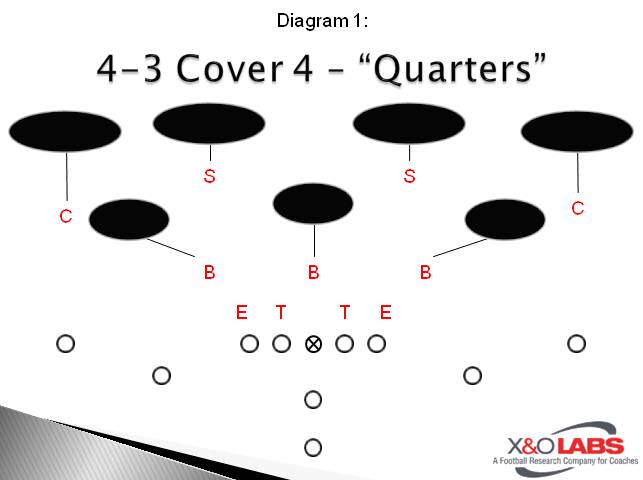 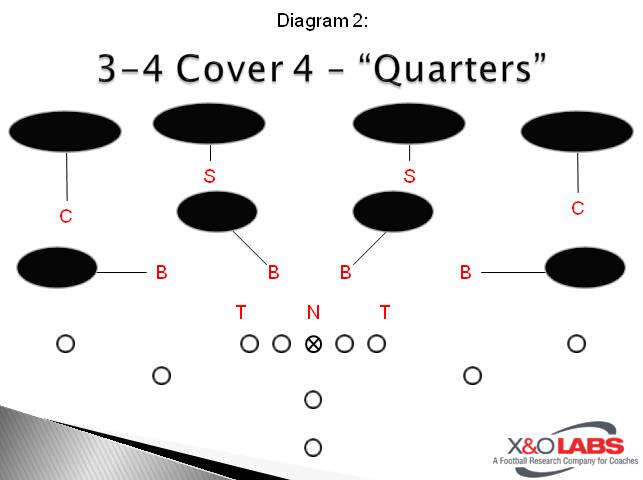 When talking about attacking Quarters Coverage, we have certain concepts and play calls for two reasons:

We will attack Quarters Coverage in a variety of ways:

While all five of our ways to attack are successful against Quarters Coverage, game situation (time remaining, score, etc.) will play a factor from both the Offensive and Defensive perspectives. Obviously, when trailing later in the game, we will have a lot of easy space in the flats and underneath, but that may not help gain big chunks of yards needed to get a quick score. In those same situations, running the football and throwing quick into the flat does not threaten the defense, so we will utilize the vertical stems and level concepts. In a lot of what you see below, we will utilize the running back in the pass routes. If we are getting Quarters Coverage, we most likely are not going to see any exotic pressures that cannot be picked up by our interior five linemen. However, if the running back is needed, we will check our protection at the line of scrimmage.

We utilize our Quick Passing Game for a variety of reasons. Most importantly, it typically is a simple read and throw, which can be a confidence booster for a young quarterback. Once we identify coverage (safety alignment), we cut the field in half and have a one person/leverage read to get the ball out of the hands in less than two seconds. Second, we will force the defense to defend the entire field and all eleven offensive players. Finally, it is a “take what’s given” approach. Every Offensive Coordinator wants to be in 2nd and Medium, 3rd and Short situations, the Quick Pass Game, especially on early downs, allows us to stay on schedule.

We do have the ability to run different concepts on either side, but for the sake of this report we will mirror our routes. 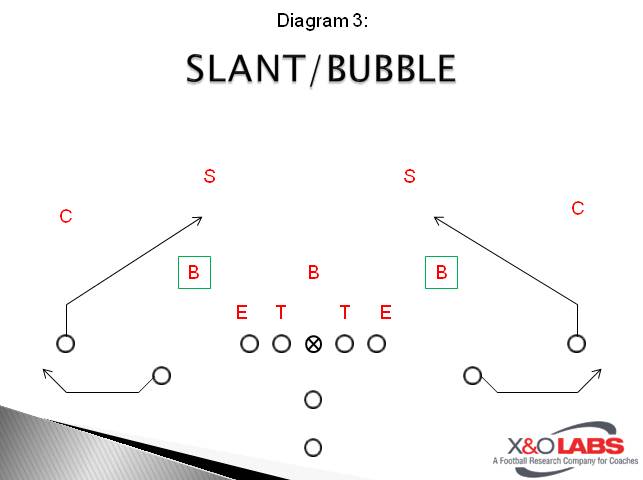 This is the same idea as a two-man Snag concept. We want to max the split of the #1 WR to really put a horizontal stretch on the OLB. The quarterback has decided pre-snap which side of the field he is going to work. Once he receives the snap, he will eye the OLB, and throw off his movement. The OLB will either widen to the Flat with the Bubble leaving the Slant open in space, or he will stay to wall off the Slant, leaving the Bubble alone with open grass.

The important thing we have found here against a 2-high Safety look is the split of the #1 WR. We stress the “max split”, we want him as wide as he will be allowed (outside the numbers). Anything too tight to the middle of the field brings the near safety into play. He can now potentially make a play on the ball, or be in position for a big hit on our receiver. The max split allows the ball to be delivered wide enough to still be an easy throw and catch, and should allow the receiver to potentially make a move on the Safety after the catch.