Throwing to Restack on Vertical Routes 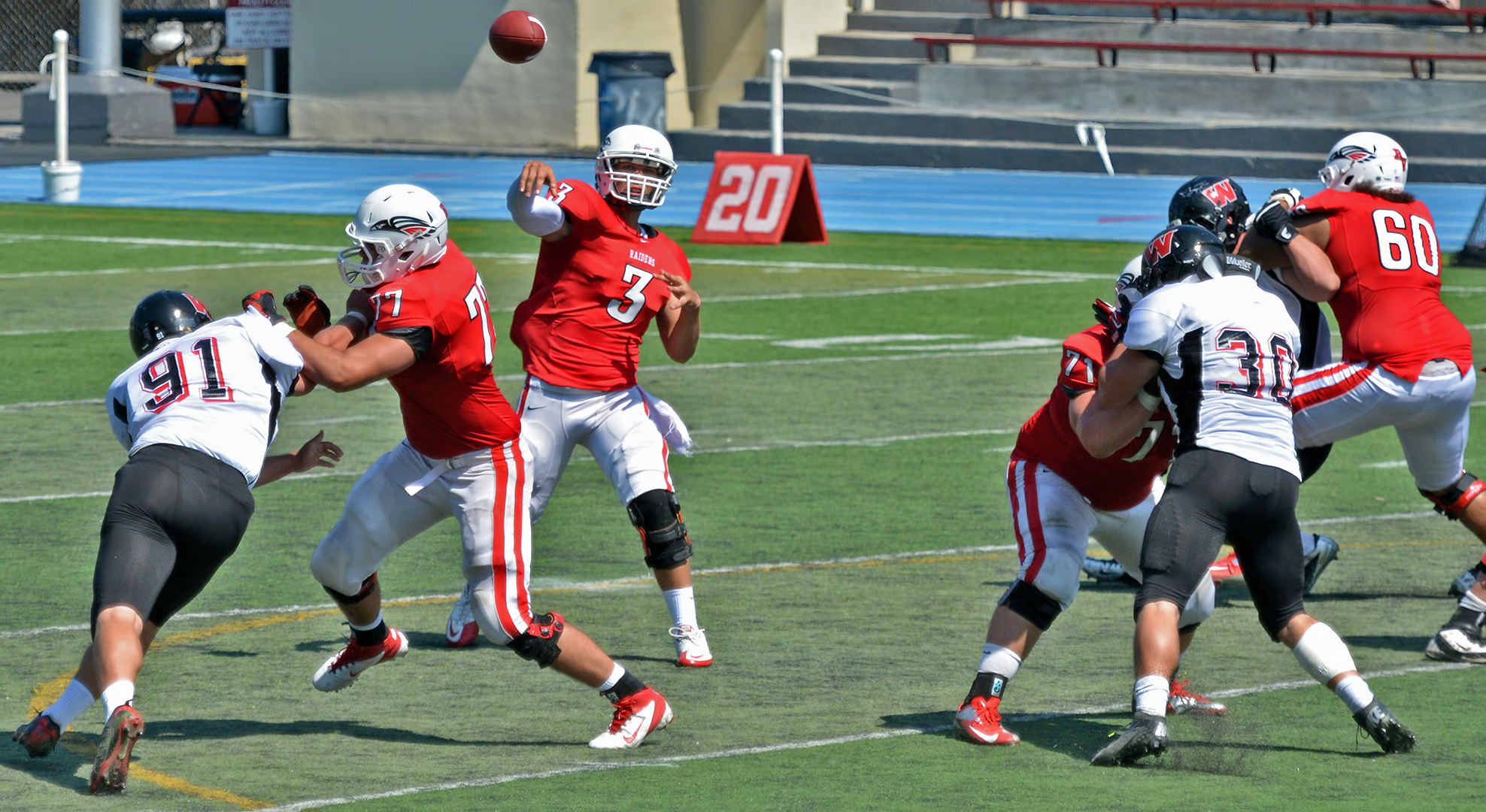 Southern Oregon has thrown for over 20,000 yards in the past five years and seen almost all school records broken, along with national passing records. We have appeared in the NAIA National Championship game the last two years, winning it in 2014. This happened for many reasons, but one of the most important is our focus on the details.

In this clinic report, I will focus on a few specific details that have allowed us to be so successful through the air. Those concepts include throwing the ball to restack, getting the quarterback in phase with straight sprint outs, and how we emphasize on our quarterback draws. These concepts are painstakingly simple, yet they are a special sauce for us.

Every ball that we throw vertically we always throw with the same thought process on where the ball should land, it should allow the receiver to restack. By restack, we mean get back on top of the defender and lock him out of the trail position. We do this for a couple reasons. The first is that it fits in with our philosophy as a team. We have a saying amongst our staff when it comes to recruiting that “The first thing we recruit is character, the second is speed.” Throwing to restack on a consistent basis with a bunch of slow possession receivers is something that I would not advise. You are probably better served throwing the ball in the sideline box where only the receiver can catch it. For us it fits or focus on speed. The second reason is that fades caught at restack are touchdowns. Fades caught in the sideline box are typically just explosive plays. I like touchdowns however we can get them. If we can master throwing and getting to restack, our fades will turn into touchdowns, not just big plays.

Making this approach work requires execution from the wide receiver position. They have to be fundamentally fast. Here are three keys to making this happen:

In order for this concept to work you must make your quarterback trust it. Here are some notes on how to rep it and key coaching points we have found using the philosophy.

It is important to note that your quarterback is going to hate you at first. He is not going to get it. You are going to have a wide receiver not work to get back to restack and your quarterback is going to throw it perfectly and then he is going to give you a look like you are a mad man. This is normal, don’t fret! He is going to hate that the big time money ball is a work in progress, and that he is going to look dumb at practice in front of his peers. He has had a positive stimulation throwing to the box for fades, or had a kid he would throw jump balls to. I will tell you my number one reply when he starts to complain  “Grow up Peter Pan, you can’t live in Nerverland forever.”

In five seasons working on throwing to restack, the reality is that sometimes it takes until week 5 to get the quarterback and receiver on the same page throwing the ball to restack. You have to be part therapist and continue to coach your players and make them understand that these are the reasons why it is not working and this is why when it works it will benefit the team and the individual.