At Sterling College (SC), we are known as a team that will attack the perimeter with our bubble screen passing game. We take pride in ‘Owning the Perimeter’ and we consider blocking on the perimeter one of our base rules for any offensive skill players. We have multiple ways to block our bubble screen and we can throw the ball to any one of our four players (3x1 + RB). At SC, the bubble is known as an ‘inside run play’ outside the numbers and is engrained into our culture. It takes a great deal of investment (time and energy) but we know that our investment will be greater than the opposing defenses’ and that is why we are successful with the concept. Over the past several seasons, defenses have tried to commit even more numbers to slow down our bubble and we needed a way to keep the defenses honest. We have always had the “choice” variation to our bubble where the #1 WR had a choice to slip a CB if he was coming down hard on our bubble action and we could throw the ball into the soft spot before the safety. This was effective but if we gave our WR an option to run vertical, he did, every single time, whether it was the correct read or not. So, instead of trying to fight that battle, we decided that we would expand our options of down the field throws by running our 4-verts concept off of our bubble look. We have found that the threat of verticals has improved our bubble game because it causes DBs to hesitate due to the fear of being beat deep. And, if we can get guys out of position there is a chance for a big play.

Spacing is important when it comes to running any 4 vertical concept. First, we want our WRs to stretch the field horizontally as much as possible with their pre-snap alignment. We ask the #1 WR to start by splitting the top of the numbers and the sideline, #2 to split the bottom of the numbers and the hash marks and #3 to split #2 and the hash. There will be times that WRs will need to ‘Performance Align’, which allows them to deviate from their base alignment depending on their assignment on the given play. 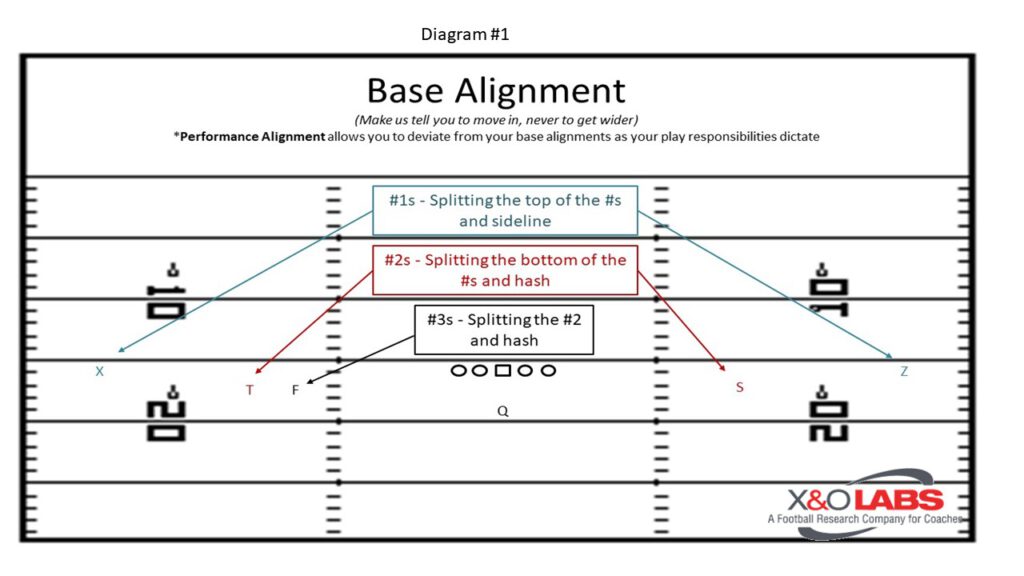 Landmarks and Options for Verticals

We want to continue to use spacing as we move into our concept. To keep this consistent with all our receivers, we use landmarks on the field to teach them what proper spacing is. If you are running the outside vertical route, then we would like the route to be run at the bottom of the numbers. If you are running one of the inside, vertical routes then we would like you on the ‘sweet spot’, which we define as 2 yards outside the hash. Consistency in hitting your landmarks helps build trust between the QB and WR. It also allows a QB to use his eyes to manipulate defenders and deliver an accurate ball to a spot with good timing.

We also give options to our WRs depending on how a defender is playing the route. This gives the WR confidence in knowing that he is never running a 'dead' route and he always has a chance to get the ball. For our outside vertical, we tell him to decide on 12 yards. If there is a DB over top of him at 12, then he will run a comeback route at 16 yards. If there is no one over top of him or he is even with the DB then he will continue his route along the bottom of the numbers, saving space toward the sideline for the QB to deliver the football. For the inside vertical, we tell him to decide on 8 yards. He will run his option at 10 yards depending on the DBs in his area. He has more defenders to consider and therefore has more options than we give him. He can stay vertical, skinny post, dig, or hitch. If he is continuing vertical, then the safety has vacated the hash or has widened enough so that he can beat him on a skinny post. If there is a safety over the top of him, then he can hitch or dig depending on the underneath coverage. This route takes multiple reps but can be highly effective with a QB and WR that are on the same page. 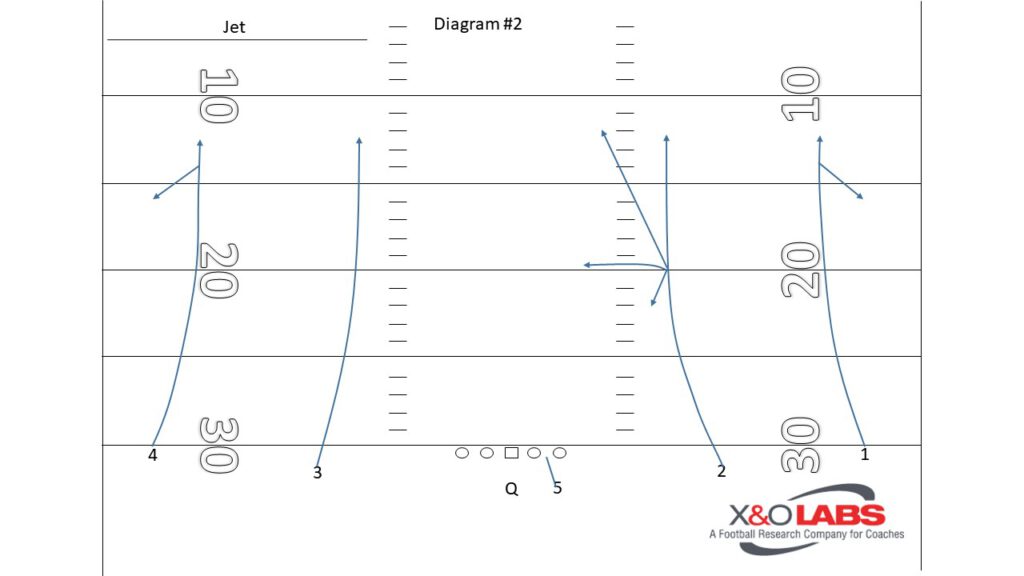