When we collected our data on the Snag concept, the feedback was strong. The snag concept was the second most utilized pass concept among spread coaches (the first being 4 verticals), with 29 percent saying it is their most used pass concept.

Of the coaches that utilize the snag concept, 55 percent operate out of a spread, no tight end structure. 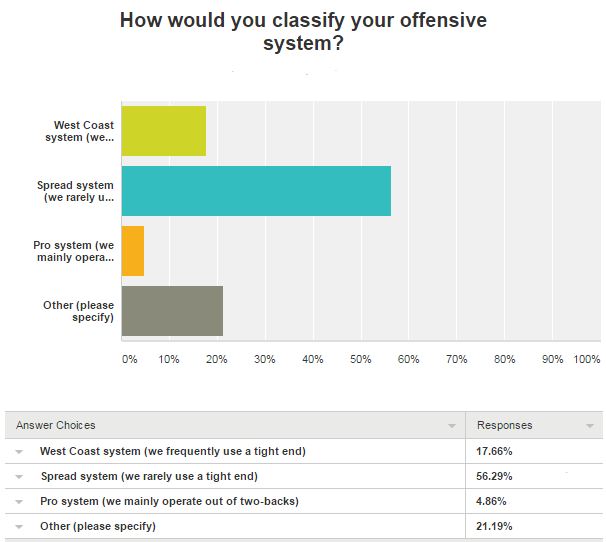 We did find some two-back variety of the Snag, which we will present in the red zone section, but for the most part the favorites of the snag were spread disciples.

We didn’t want to focus our research on protections, but we did ask which kind of protection coaches are using the snag with. We wanted to see whether it was used more as an intermediate concept in the five-step game or as a quick game concept. Our research shows that 56 percent of coaches are using it as a three-step drop, compared to the 36 percent who use it with five-step footwork. 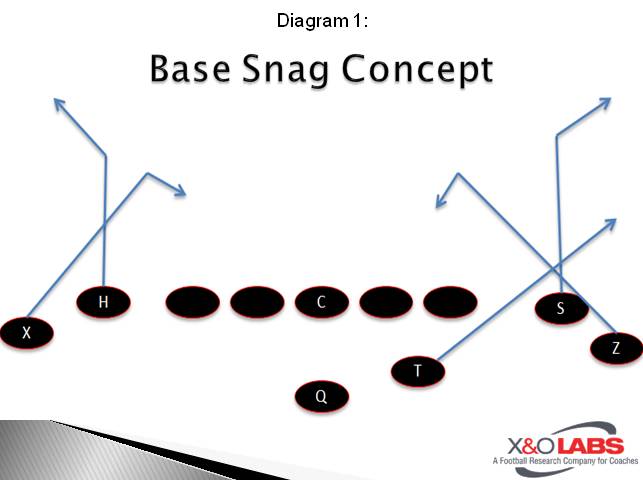 The snag concept is meant to produce a high/low stretch on either second or third level defenders, depending on the coverage. The majority of coaches, 63 percent, choose to run the snag out of 3x1 opens sets. We should mention that there are two-man snag variants, which we will present, but for the most part the route structure to the play side consists of the following:

We asked coaches which particular route has been the most efficient using the snag and here is what they told us:

Now, this is purely the base route structure of the concept. In case one, we are going to present our data on the various route adjustments and tags coaches are using to attain productivity on the concept. The way this case is broken down is to first present on the quarterback’s pre-snap and post-snap progression including the drill work coaches are using to teach it. We will then follow that with why the snag can be both a zone and man beater, and more importantly how coaches are averaging nearly a first down every time they throw the ball on it. 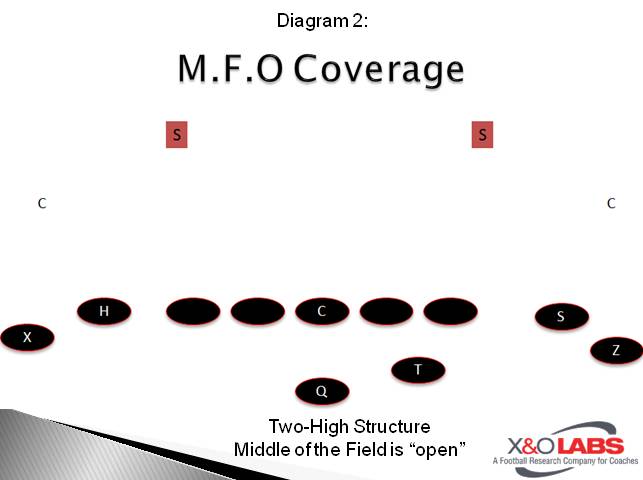 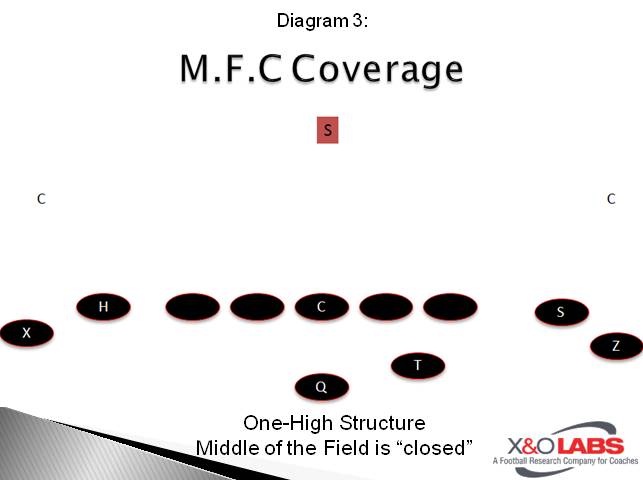 There were some variants of these reads below: