Why the Quick Game Dash?

The purpose of offense is to score points and efficiently move the ball. Over the years, teams have used the Quick Game as a low-risk way to achieve these objectives. Moving the QB launch point is also a proven offensive tactic that has stood the test of time. In our version of the Pistol Option Offense, the Quick Game Dash is a primary weapon we use to attack defenses. 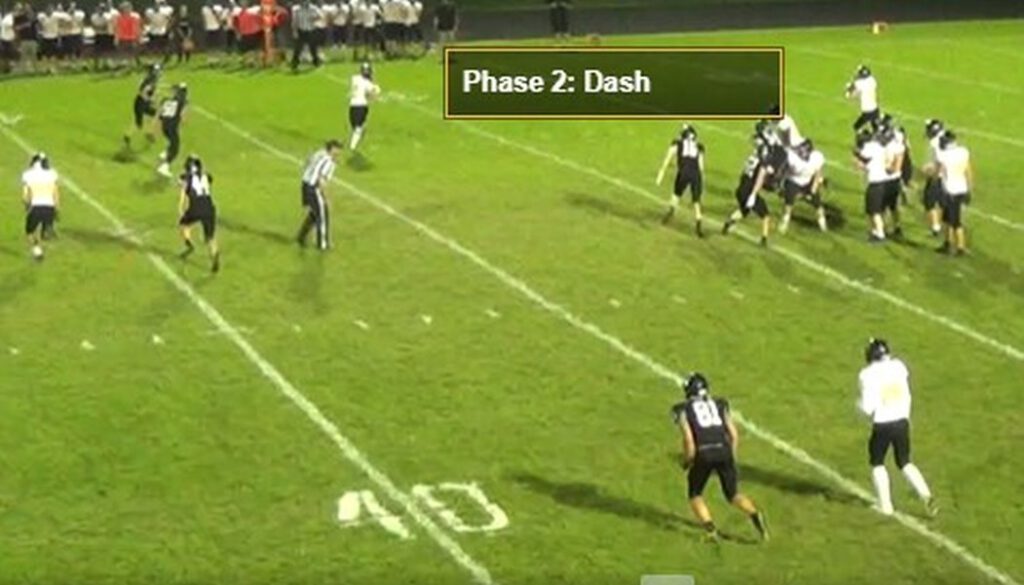 For many years we ran a traditional Quick Game with mirrored routes. One of our issues was that our QBs often threw to the “wrong” side. Whether they had a preference of throwing to their right or left, throwing to a particular receiver, or throwing to the side that was open in practice that week, we often left games believing we left yards on the table.

Packaged routes are great and used at the highest levels of football. Many of them require a level of understanding of coverages and route concepts by the QB that is difficult to attain until their 2nd or 3rd year in our system. The Quick Game Dash puts the mental pressure on the play-caller and lets the QB play fast.

The Quick Game Dash is part of our offense for the following reasons:

Natural Extension of our System: We believe in running a system as opposed to a collection of plays. Our starting point is the Triple Option. We need to execute the Triple well enough to force the defense to involve their secondary in run support. Next comes our Play-Action Pass game, which is mostly a vertical attack designed to exploit that secondary support. The Quick Game Dash provides balance and forces teams to honor our formations. Our experience has been that the threat of the Option keeps pass coverages relatively simple, and the threat of a competent Passing Game makes exotic option-specific defenses difficult to execute.

Multiple Attack Points in One Play: The Triple Option and the Quick Game Dash both adapt to the defense after the snap. Coach Tony DeMeo calls this “strategic flexibility”. We began studying some of Coach DeMeo’s work in the early 2000s, especially concerning how the passing game can complement option football. We continue to use several of his concepts and coaching points, such as his "UNLESS" rules, some of which will be detailed later.

Program Friendly: Our QBs get the same coaching points from 6th Grade through 12th Grade. They will hear things like, “Catch, load, and throw the Hitch UNLESS it is covered; then Dash away” for up to 7 years. The Quick Game is not dependent on an offensive line that can overpower the opposition, which means it can be a staple of our offense every year. We are not a two-platoon football program, so we need schemes that are easy to implement and practice.

Some of the position labels in the following diagrams may be confusing.  We don’t use traditional X and Z designations.  Instead, we have Field (F) and Boundary (B) WRs.  Our slots (H and Y) can be running backs, wide receivers, or tight ends, depending on what we are trying to do. Our starting point is the traditional Flexbone double slot alignment.