Moving The Launch Point In The Passing Game 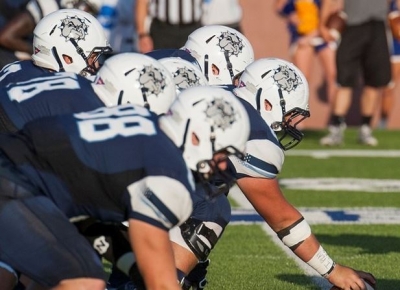 Keeping your quarterback upright is the most important aspect of a good passing game. The ability to pick up twists, dogs and blitzes through both protection and hot routes is vital to getting this done. Another option that can greatly enhance eliminating sacks is to move the launch point of the quarterback with sprint outs and bootlegs.

There are several reasons to get the QB out of the pocket. Here is the rationale we use here at Southwestern Oklahoma State University:

There are also some disadvantages to moving the pocket that you should keep in mind. If your quarterback has trouble throwing on the move it can take a lot of practice time to get this corrected. A right handed QB rolling to his left and vice versa can be an issue as well. If you become predictable in terms of which way you are going to sprint/boot, it defeats the purpose of moving the launch point. The other obvious disadvantage to moving the pocket is it cuts the field in half in terms of threatening the defense.