Sound too good to be true?

It's not. It is called Slide Protection but not a full slide. We want Linemen blocking Linemen. 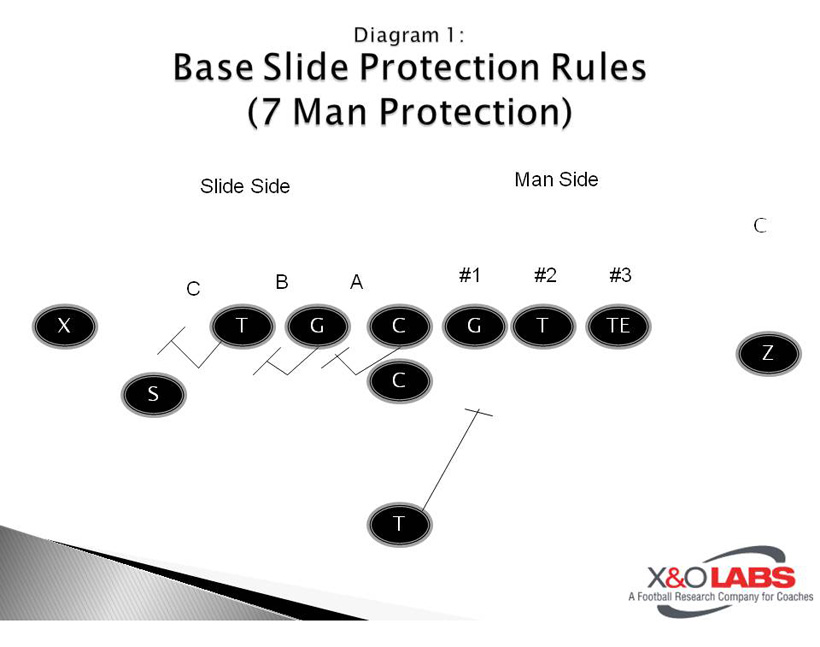 The Running Back(s) block any Blitzing Linebackers on the Man side. This allows the protection to account for 6-man (1-back) or 7-man (2-back) pressure. A Tight End on the Man side can either go out into a pass route or block #3 on LOS (Linebacker) just like he did in man blocking schemes. A Tight End on the Gap side can stay in and account for D gap or run a pass route. Having a tight end in the protection allows for an 8 or 9-man protection scheme (Diagram 2). 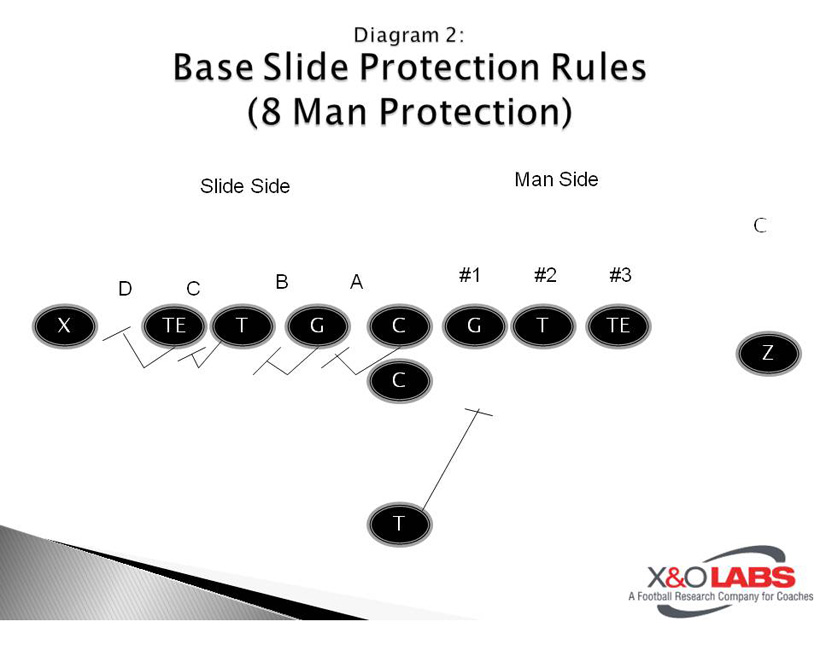 Before going any further with the protection scheme, let's discuss the steps and demeanor the linemen will utilize in pass protection. Any offensive lineman blocking or setting to a defensive lineman to his inside will use a Power step (Diagram 3). The Power step is a lateral step with the inside foot. The step works inside parallel to the LOS. No ground is gained or given on the step. The width of the step is determined by the alignment of defender. 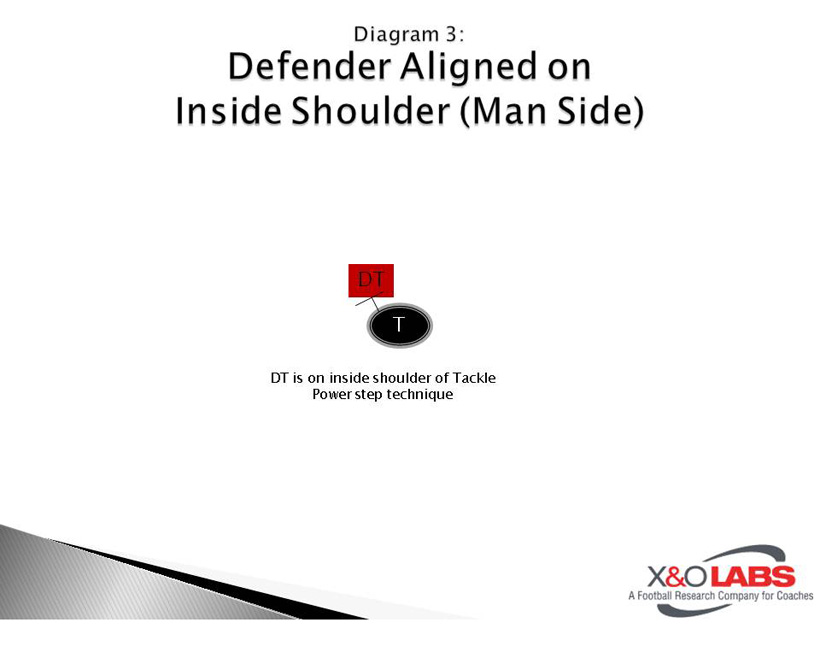 If the offensive lineman is setting to or blocking a defender to the outside (Diagram 4), he will take aKick step. The Kick step is executed with the outside foot out backwards at a 45 degree angle. 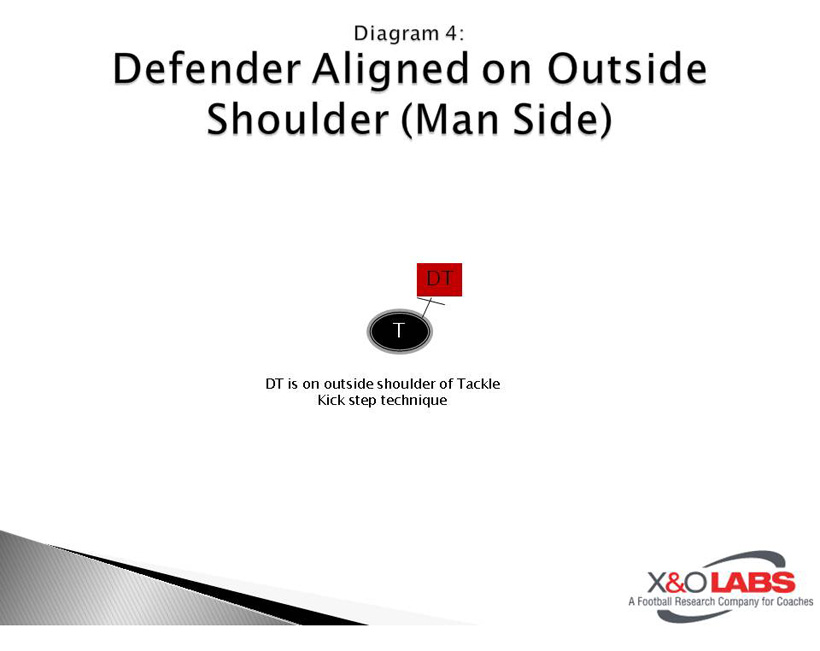 Now let's discuss the body demeanor of the offensive linemen upon taking their first step. All offensive linemen will get feet outside knees and knees outside hips. Their outside foot will be staggered back with a big butt and big chest square to the LOS with weight on the inside foot, regardless of the first step. Their hands should be at chin height creating a triangle with the forearms. The offensive lineman should see the target through his hands.

The Pass Set is the combination of the first Pass Step (Power or Kick), the demeanor and the subsequent steps that lead up to the Punch.