The ability to keep your quarterback upright in the pocket and healthy is one of, if not the, most important jobs of your offensive coordinator and offensive line coach. Teaching proper pass sets, hand placement, aiming points, etc. is vital to getting this done. Being able to pick up defensive movement (slants/twists/blitzes/etc.) is just as important.

We teach four types of pass sets with our man protection:

One Set (vs. Inside Shade): 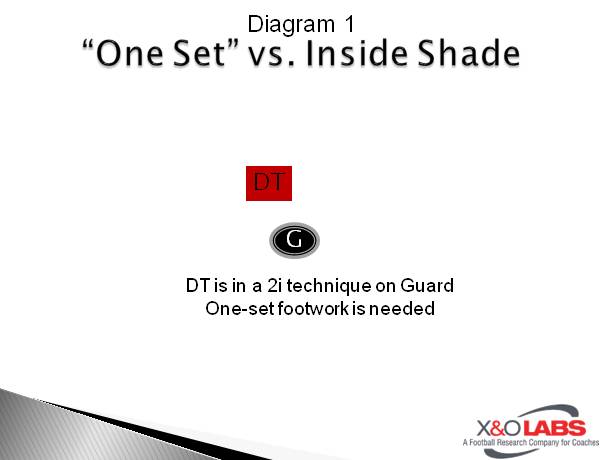 Post set. First step is six-inch step for width with inside foot. Second step is a drag with the outside foot that mirrors the first step. It is important that we maintain our stagger as we post set (inside foot up / outside foot back). Our aiming point is the midline of the defender (cover him up). 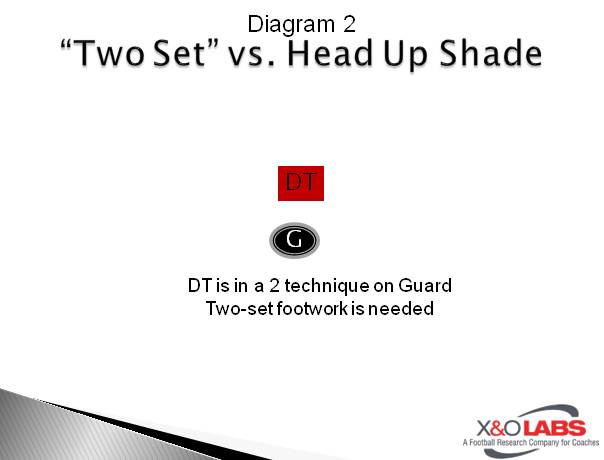 Square set. First step is a pop-it step in place with the inside foot. Second step mirrors the first step. Since our aiming point is the midline, we are already there by alignment. We simply pop our feet, snap our head back and react to the defender’s movement.

Three Set (vs. Outside Shade): 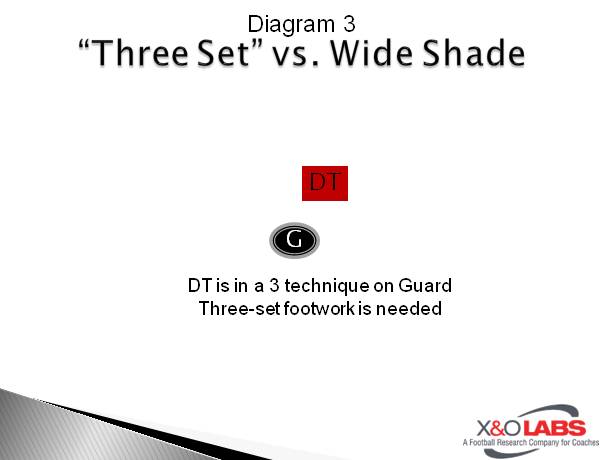 Kick set. First step is a six-inch step for width and depth with the outside foot. Second step is a drag with the inside foot that mirrors the first step. It is important that these two steps mirror each other to keep our shoulders square to the line of scrimmage. Aiming point is midline of the defender.

Four Set (vs. Wide Outside Shade):