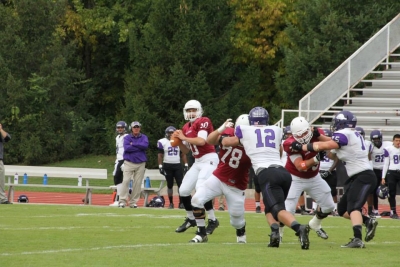 The main goal of our offense is to be a great Inside Zone team. In order to be an effective running team, we must have a well-developed package of compliments to our run game. These include our Bubble Screens, Four Vertical package and our Play Action package, which is the focus of this article. Our Play Action package is simple to execute for all eleven players on offense, while adding a layer of complexity for the defense to defend. We have found our Play Action schemes to be effective against the run stopping defenses we see, such as Quarters, Cover 3 and Cover 1.

All pass concepts start with great pass protection. Having the offensive line understand the launch point of the quarterback and the backfield action behind them is critical to the success of the protection. The offensive line does not need to know every detail about the pass concept and action. They only need to know enough to make them understand where and when the ball should be thrown. In the case of our Play Action concepts, the quarterback and running back will execute a hardball fake of our Inside Zone. The quarterback will then work to a depth of 9 yards deep behind the original alignment of the back side tackle (meaning the tackle away from the zone fake). The quarterback will either break contain or pull-up based on the block of the back side defensive end. We will detail this mechanic a little bit later in the article. Based on this information the offensive line must understand that our Play Action concepts involve a hard action fake and the quarterback is working away from the zone. 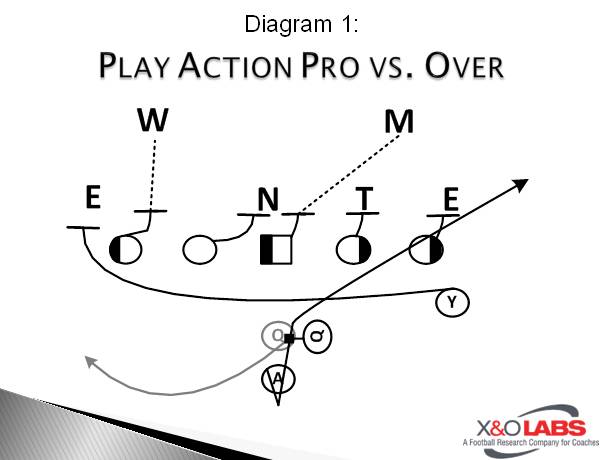 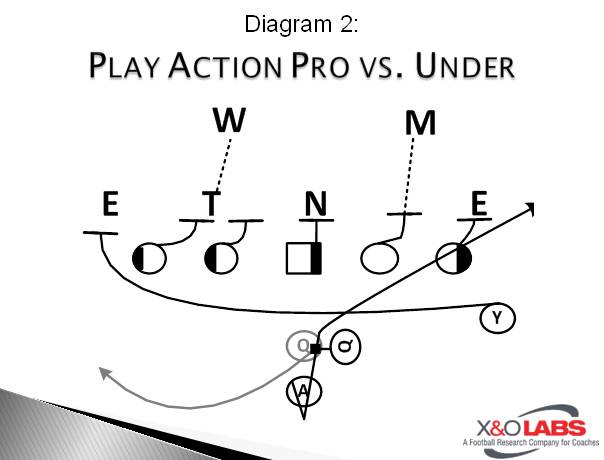 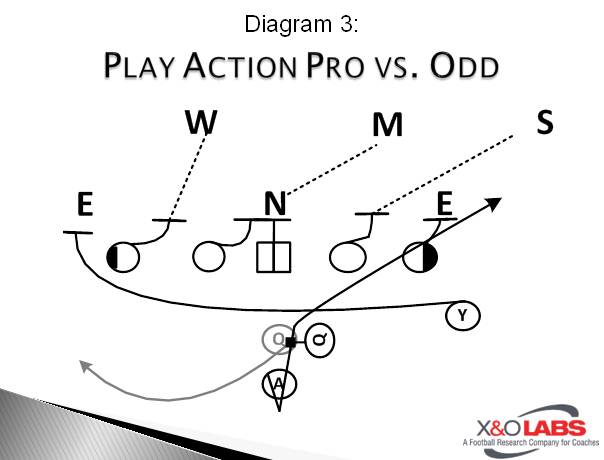 The protection will start with the center identifying the Mike linebacker. The center will use the same Mike declaration as if we were running Inside Zone. This means the Mike will be the first Linebacker from head-up on the Center to the play side. The offensive line will block Inside Zone with covered/uncovered principles. The first uncovered offensive lineman is responsible to work in combination to the point. The adjustment we make when running Play Action protection is that all offensive linemen will block a play side number landmark, which is slightly different than on our Inside Zone. Knowing that the quarterback’s launch point is away from the call, the offensive line can be confident to keep their defensive lineman on the run to the call side. These are the rules we teach our Offensive line:

PST: Block the play side C gap defender with play side number landmark. Alert to block an edge rusher.

Footwork: Dependent on width of 5-technique. Use Bracer (drop, bucket, etc.) footwork against a tight shade technique and over up on the second step. Shuffle first to cover up a wide shade.

PSG: Block the play side B gap defender. Combo to the Point if uncovered.

C: Identify the Mike as the first LB head-up and to the play side. Block the play side A gap defender. Combo to the Mike if uncovered.

BSG: Block the back side A gap defender.

Footwork: Use Bracer footwork against a 2i technique. He must get his second step to the crotch of the defender. Utilize a Shuffle-Bracer step against a shade nose.