Isolating the X in Trips 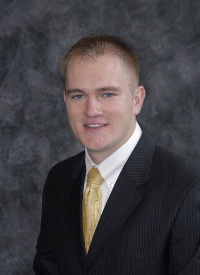 Editor's Note:  Coach Fitzpatrick is entering his 2nd season at the healm of Morrisville State.  Prior to that, Coach Fitzpatrick  served  as the Offensive Coordinator and Quarterbacks Coach for the Utica College football program since 2007.  During that time, Fitzpatrick’s balanced, no-huddle offense has elevated the Pioneers to become one of the top offenses in the Empire 8 conference and propelled the Pioneers to shatter school records in various offensive categories year after year. The 2012 season proved to be the Pioneer offense’s most prolific to date as they led the Empire 8 conference in several offensive categories, including: Points per Game (34.2), Yards per Game (465.0), Passing Yards per Game (340.2), Completion Percentage (66.2%), First Downs per Game (24.3), and 3rd Down Conversion Percentage (50%).  All of those categories broke school records as well, in addition to breaking school records for Pass Completions (274), Passing TDs (33), Pass Efficiency Rating (156.2), and Total Offense per Play (6.3 yds/play).

Note:  The article below was written during Coach Fitzpatrick's last year on staff at Utica College.

On behalf of our Head Coach Blaise Faggiano and the rest of the staff here at Utica College, I’d like to thank X&O labs for giving me the opportunity to contribute this clinic report.  I read X&O labs on a regular basis, and look forward to getting the weekly emails outlining each week’s new topics.  For me, the information that is shared on X&O labs has helped me become a better coach and helped us become a better football program as a whole.  For this clinic report, I would like to share our pass game philosophy as it relates to 3x1 formations, specifically some ideas that we use to attack and utilize the single receiver side.

For the first part of this report, I will refer to 3x1 formations with a single detached WR receiver on the backside (Trips Open).  Later on, I will discuss briefly 3x1 with a nub-side TE on the backside (Trips Closed).  In a Trips Open set, the first thing that we do is make sure that our best player, our show pony, is playing the single WR (X).  We want our best guy playing the X because it clears up the defense for the QB.  Putting your best guy all by himself on the backside forces the defense to tip their hand as to how they plan to defend him.  Are they going to leave him 1 on 1 with the CB?  Are they going to soften the CB and have an overhang LB/S in the flat underneath?  Are they going to play with a hard CB and give Safety help over the top?  Determining how many defenders they have designated to defend the X WR is where we start in most of our 3x1 progressions.  We call this “Free Access.”