Targeting the Weakside Curl/Flat Player in the Drive Concept

When we throw the football at Shepherd University there are two key factors that we look at. The first one is protection. We never want to install a pass concept that we feel we cannot protect with our offensive line and running backs. Within this key item of protection is also the ability to run the concept with a five or six-man protection, while also having routes built-in for our QB to throw the football vs pressure and/or the blitz.

The second factor we look at is the ability to complete the concept at a high level. We want to give our eligible receivers the ability to create separation from defenders and keep the teaching progression consistent for the QB. The drive concept is a foundation play for us at Shepherd and is a play that fits two of the most important factors that we look at when throwing the football. 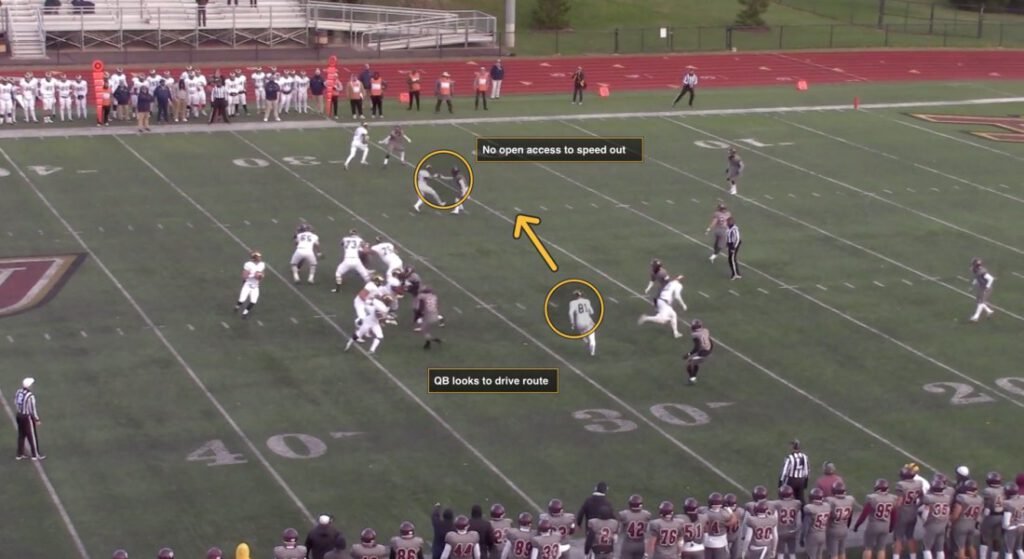 In this first diagram, we will go over our base install for the concept. 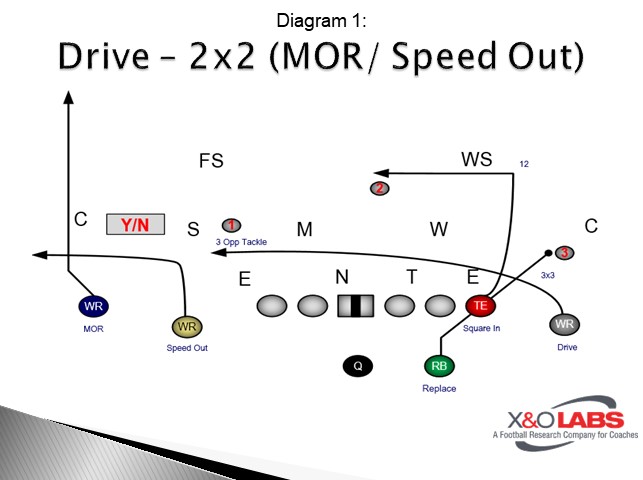 Here are our base install rules:

Boundary WR #1: Drive – Align 4 Yds from #2 WR - Work through the heels of the near DL – read the opposite C/F defender and adjust vs zone - Be alert to middle pressure
Boundary WR #2: Square In - Outside release - 12 Depth – Flat to negative, get separation
Field WR #1: MOR (Mandatory Outside Release) – Vertical stem and outside release the corner. Hold the line and win vertically. Look for a potential vertical shot
Field WR #2: Speed Out – 4-6 Yd depth. Stem and win leverage toward the sideline. Anticipate the ball on your outside shoulder
RB: Replace - funnel edge defender to Tackle and release on the replace route. The aiming point is 3 yds deep x 3 yds wide over an attached #2 WR
QB: 5-Step Series

Using the eyes of the quarterback to work through this play, here are the key reads we look at within the concept.