Our primary intermediate passing attack revolves around the “Y-Corner”, “Snag”, or “Spot” passing concept as it is more commonly called. For our purposes at Queen City, we use “Houston” as our concept word for our players. We incorporate variations of this concept in our Screen, RPO, Blitz Checks, & Intermediate passing game. As many do, our purpose of this play is to be able to get into the concept many ways while keeping it simple for our players and QB to make the reads and complete the pass.

The main role of our Houston concept is to create a horizontal stretch on the flat defender. It becomes a 3 man scheme on the front side where we are identifying and throwing off the conflict 2 on 1 defender. Our Z is our outside WR that runs the primary route for the play. He is taught to read the hips of the 1st defender inside of him towards the ball. He is often running his route to get behind that player. The Y WR is our “push” player. His job is to push the top off the coverage and make a read off the Safety/Corner structure. We teach the push receiver to run vertically at the flat defender’s shoulder to draw his eyes away from our outside receiver that comes in the middle.

He very rarely is a target for this concept but like all players his job is very important. Arguably the most important job on the field belongs to whoever becomes our #3 WR in the concept. Sometimes that is our Sniffer/TE, our RB in fast motion or screen sets, opposite side WRs in motion or in a formation that places them with the Z&Y. Houston becomes a zone and man concept and the backside complements it based on the weekly matchups and coverages we expect to see. 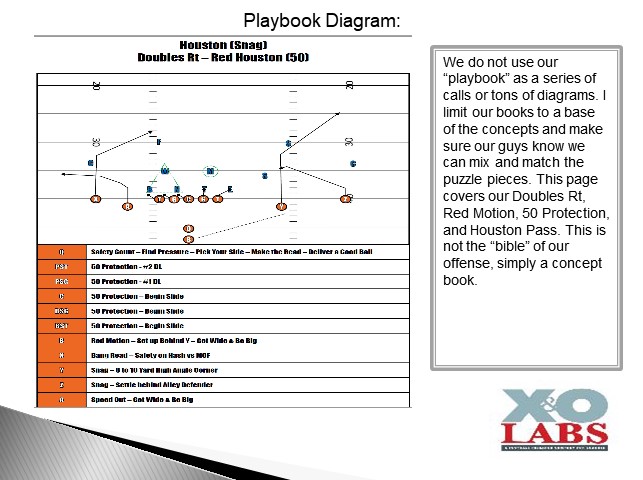 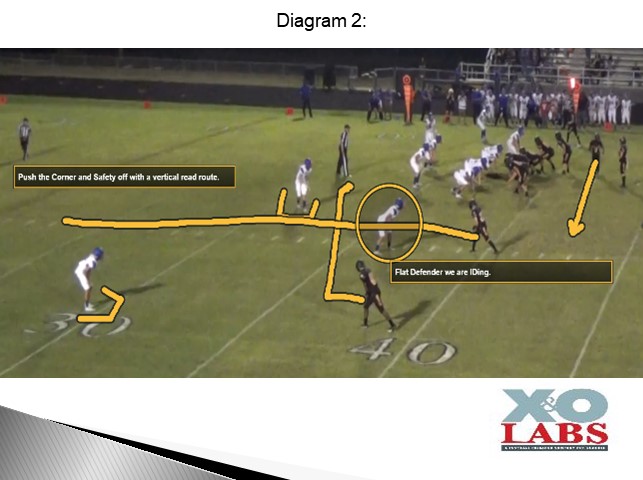 Before the play is ever thought about being started the WRs are all looking for their reads. In the Houston concept they all know the flat defender is the guy we are looking to expose. The Z is seeing that the flat guy is down low and he knows that we have a motion. Those 2 things indicate to him that this will be a faster throw. Our guys also know that the protection is having our QB half-roll so this should speed up the primary throw (the Z). The Z’s job is simply to get to the far hip behind the flat defender.