Man vs. Zone Adjustments in the Dig Route

At Husson, we make sure to bring 4-5 packages in the passing game that will be effective against all coverages. As analytical as we can get, we can never be completely certain what the defense will show up in. Within these packages, we make the progression as simple as possible for our QB. One package is our Drag/Dig Package. It doesn’t matter for him what coverage the defense is in, the only thing that matters for him is the one defender he is responsible to read. This package applies to every formation we run, and the read for the QB is always the same, depending on if the defense is in man or zone. It is a very efficient package that we use almost every possession. It is a great way to get your playmakers the ball in space while on the run. We have found success with this package in all down and distance situations.

We use the drag package in almost every down and distance scenario, with success in all spots. During the 2019 season, we had the most success running it on 2nd and long, completing over 90% of our passes for an average of 11 yards. It is also a great package for 3rd and medium, as an over-aggressive linebacker core will leave the dig wide open. 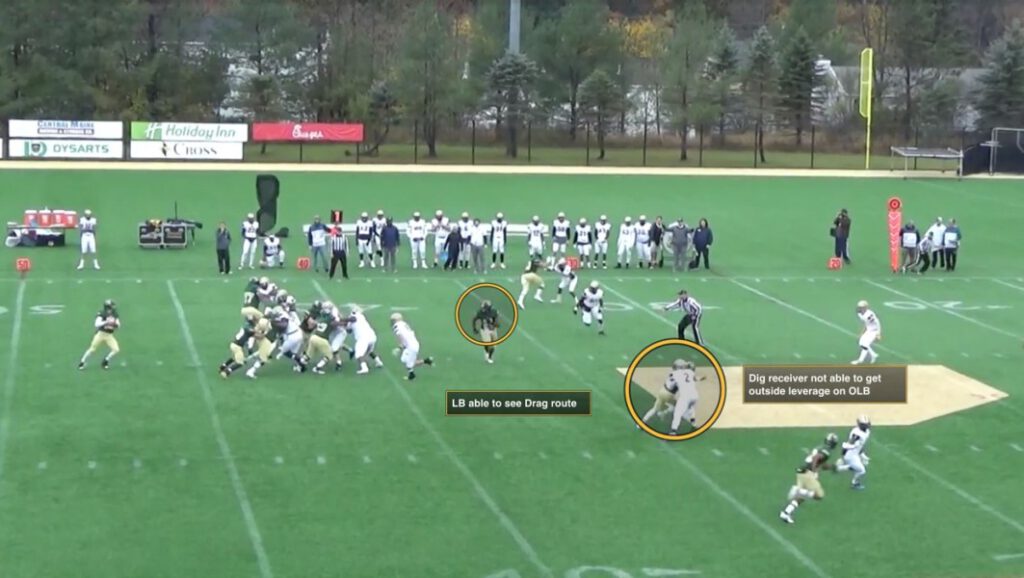 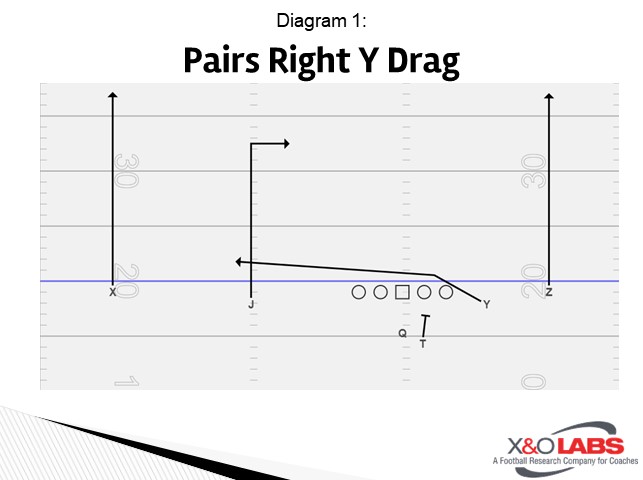 QB: This concept is remarkably simple for the QB. READ the backer over the dig. No matter what formation and whichever receiver is tagged, the QB is always responsible for finding the backer/safety that is responsible for the dig. If he’s a seam player, he will likely carry the dig and the drag will be open. If he gets his eyes inside and sniffs out the drag, the dig will come open. If the QB sees man, he will choose his match up. 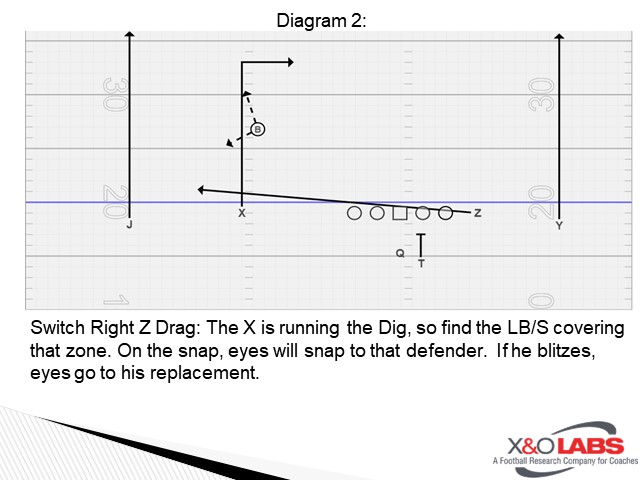 1) Is he crossing the ball?

If yes, he will get cut his split down. If he is aligned to the field, he will cut down to be 3 yards inside the hash. If he is the slot to the boundary, he will align 2 yards outside the tackle. Speed is important for him in this case. His job is to get across the ball fast enough that the inside linebackers cannot react and cover him. 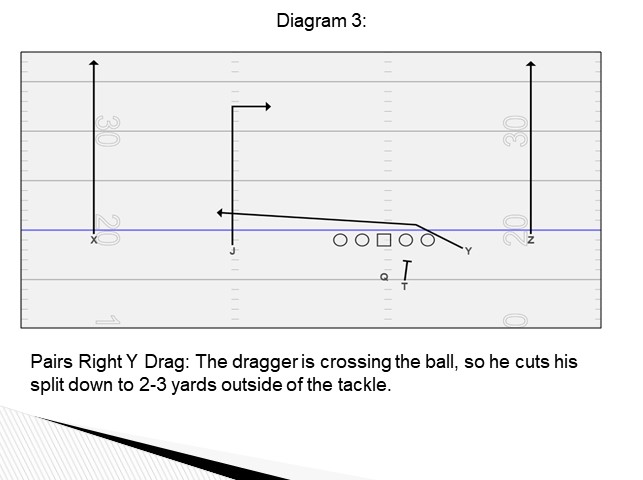 If no, then he will widen his split to halfway between the sideline and the bottom of the numbers. We do this because we want to create space between the drag and the dig, causing the defender in that zone to have more space to cover. The drag, in this case, will be slightly delayed and ran slowly. If zone, he will stop at the hash. 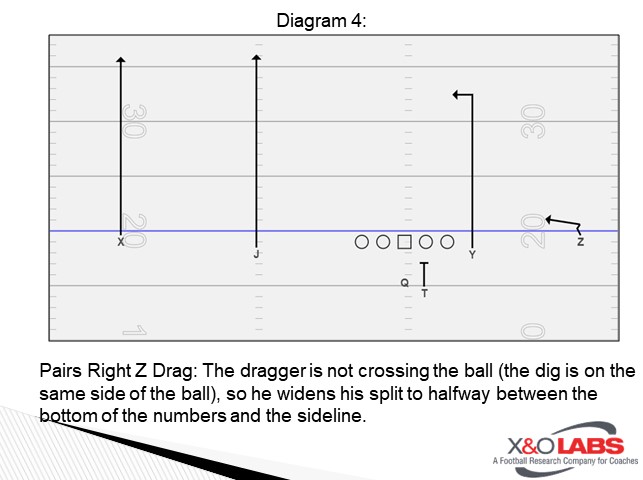 If it is Zone:

When it’s man coverage, it does not matter if we are crossing the ball or not.  When man, work an outside release, working to get the defender to turn his hips away from where we are going, then beat him on the drag.

If it is an off man look (6 yards or deeper), the receiver will go right now and win the route with speed.