We all know the Mesh to be a universal concept that can occupy space vs. zone coverages and out-run bodies in man coverages. Oftentimes, this results in having the back be a viable option in the quarterback’s progression. And if that back isn’t suited to handle the job, you’re going to have to find answers to keep the Mesh as a mainstay in your offensive system. Such was the case at Henderson State University last season where offensive coordinator Hayden Hawk built in several variations for more capable receivers, other than the running back, to be the flat control element.

Before addressing the mesh concept, one of the most successful tags that Coach Hawk built into his Mesh progression is the field out concept by the number one receiver, who happened to be a two-time All-American for the Reddies. Rather than number two running the out (or sail) as most offenses do, number one would run a 10-yard out (six steps) from a choke split (+2 from the hash) alignment to the field. This is contrary to a number two receiver running the route, which would be a 12-yard cut.

With the choke split essentially number one is lined up where number two would be. According to Coach Hawk, the alignment helps by limiting any press technique from corners that may potentially curtail routes into verticals, curls, etc. When getting press, most teams convert to a fade. Locking the route provides a better alternative. “If I’m reducing our guys split enough a defense will still press but we don’t want that corner to feel comfortable,” he said. “Most times he’s thinking vertical on an outside release, but we wind up snapping it off at ten yards to the out.” We realize that not many quarterbacks have the hose to efficiently target 12-yard field outs from the boundary but it was a strength of Henderson State’s signal-caller. So, it made sense to play to that strength. “Our quarterback this season was the best vertical comeback thrower I’ve ever been around,” he said. “So, we played to that strength by creating throws he was comfortable with.” 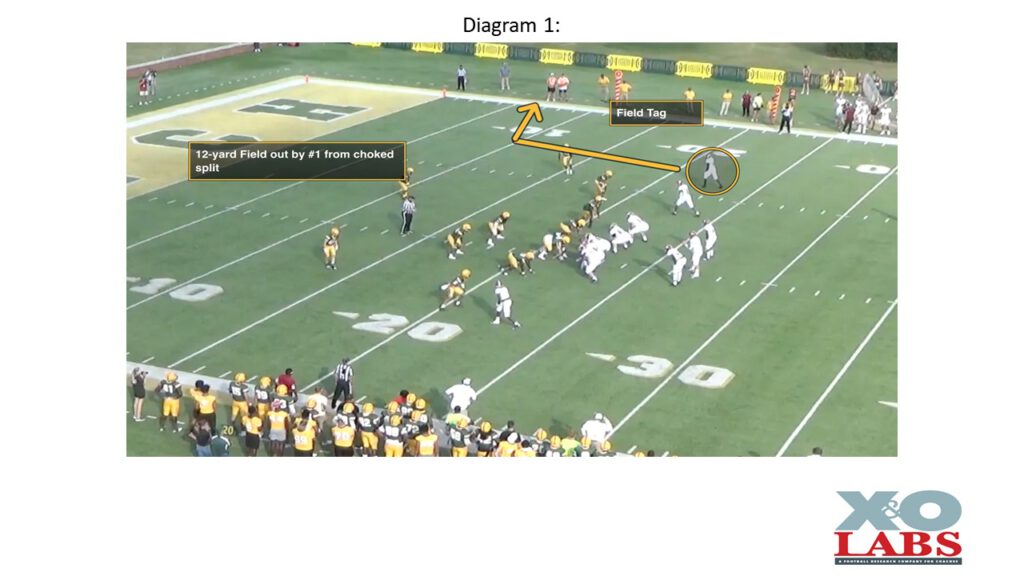 When the sail route is coupled with Mesh, Coach Hawk will term it "Mail." This puts the number three receiver now on the locked open sail route, while the number one receiver runs the vertical takeoff. The number two receiver to the field runs the over mesh, while the single receiver opposite is on the under mesh. 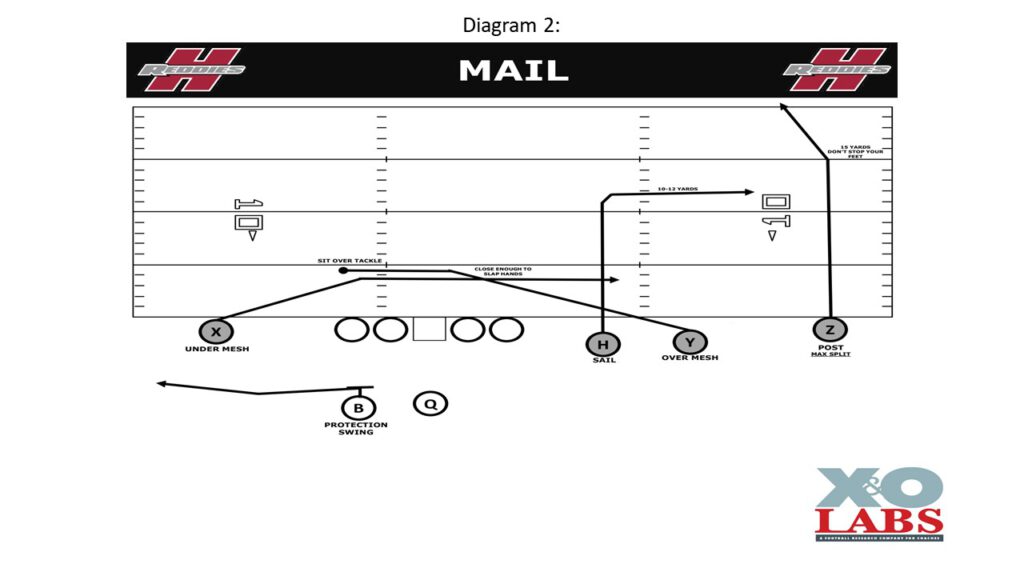 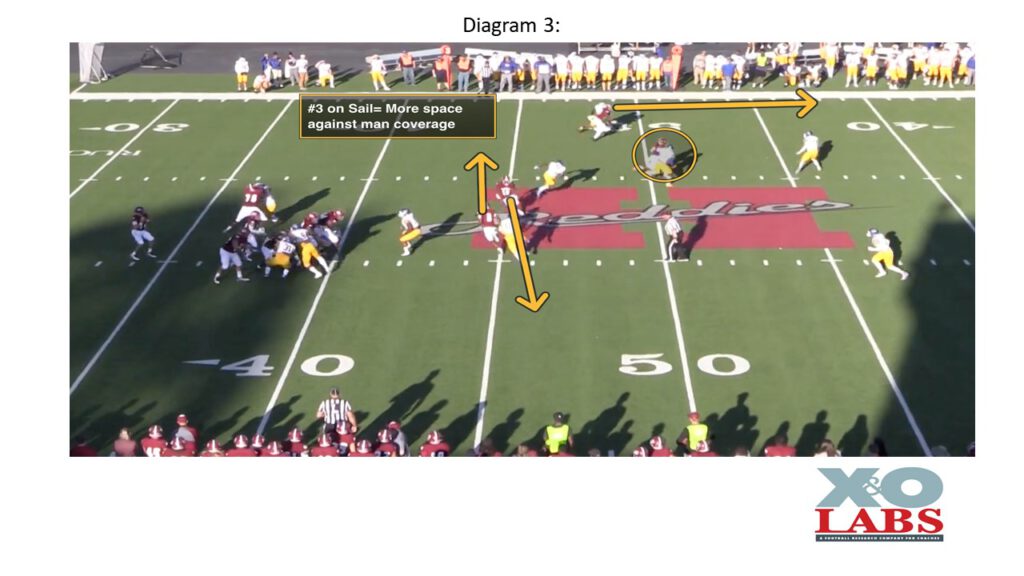 These locked open routes are combined with all the shallows, meshes, and drives in Henderson State’s system.

Henderson State breaks down the actual Mesh component to teaching an over mesh with an under mesh. The default is whoever is on the ball executes the over portion of the mesh. He must work to a landmark of five yards in-depth but will run his route to affect the defender covering the under mesh. "Over mesh always sits down at the opposite side tackle,” said Coach Hawk. He is always on the backside of the quarterback’s read. So, by telling him to sit down and pick that defender covering the under mesh, he’s executing his role. He’s not necessarily getting the ball. As far as the under mesh goes, Coach Hawk talks about being close enough to slap hands with the over mesh, a common maxim in the teaching of the mesh concept.