Giving the QB the Keys to Your Offense 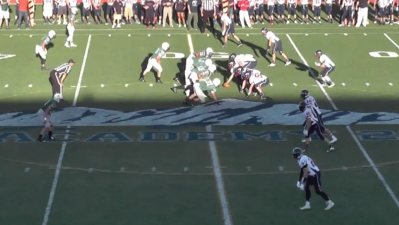 While the idea of giving your quarterback the freedom to run your offense might scare most coaches, especially if they have a young quarterback, it is something I believe they can handle. I’m not talking about giving them the ability to audible when they want or to change our play call to any play that they think might work. I’m talking about giving them the tools to manage the plays called to optimize our success and to allow them a few basic play call changes when we see specific looks. It is crazy to think that we are always going to call the correct play, to the correct side, and against the correct front or coverage. No matter how much we scout and how many tendency reports we work through, we still have to understand that when the game starts, we are on the sideline and the quarterback has the best view of what the defense is doing.

I just completed my 5th season as the offensive coordinator at Dakota Ridge High School and each year I have found myself giving the quarterback more responsibility, freedom, and flexibility on game day. That is not because my quarterbacks are better players now than they were when I first began. Instead, I believe it is because I am doing a better job of coaching my quarterback during the week. This leads to more confidence in his preparation and helps me trust him to make the right decision.

Starting with the Game Plan

Probably the first key component to giving your quarterback the kind of freedom I am talking about is developing a clean and detailed way passing along your weekly game plan to your players. As an offensive staff, we put a significant amount of time each weekend into developing a scouting report that covers a variety of topics that are not just important to the quarterback, but the entire offense. If all of the players are accountable for this information it will help the quarterback and serve as a sort of checks and balances on game day. Examples of the checks and balances include:

If they know these types of details, we can help identify if any mistakes are made early in the game to avoid making them as the game continues. The scouting report, continued repetition, and specific coaching throughout the week will guide the decisions that quarterback is supposed to make when controlling the offense on the field.

The scouting report we use contains the following information:

Here are some cut outs from parts of a sample scouting report: 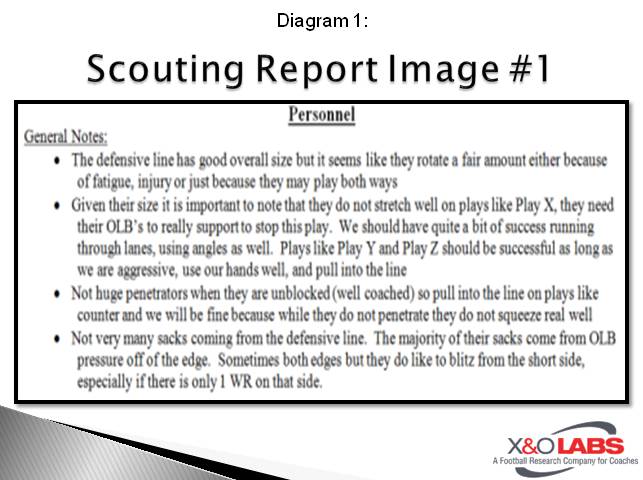 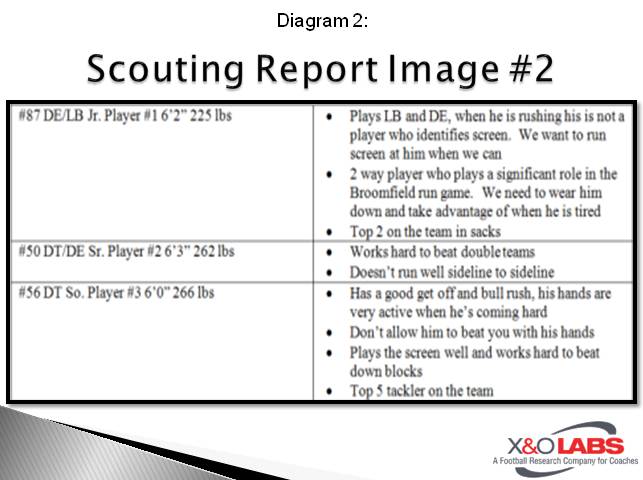 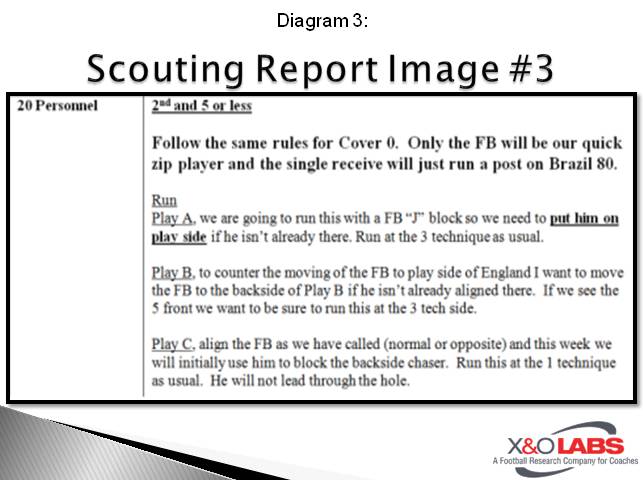 This document sets the learning expectation for the week by:

Note: Without this type of document, or alternative pre-teaching strategy, I do not believe you will be able to ask your quarterback to do the types of things that will be discussed in the rest of the article. The initial instruction and format makes all of the difference.