Attacking Soft Coverages with the Bend/Hook 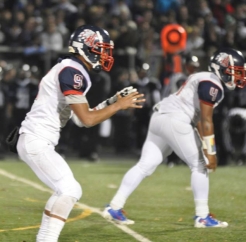 We are an uptempo offense.  Due the the speed and effectiveness that we have both running and throwing the ball, we tend to see a lot of 6 man boxes with very generic coverages. In order to attack these coverages, Coach Dave Brock, now at the Head Coach at Delaware, introduced me to the Z bend, X hook concept that he had been running for years at UNC, Kansas St, and Rutgers. I saw how successful guys like Hakeem Nicks, Jordy Nelson, and Brandon Banks were, just running this play alone and wanted to try it with our guys.

This past year the Bend / Hook concept or "Bend" as we call it on the field was a staple in our offense and a key to our run to a Maryland State Championship.  In 2013, we ran 56 times this season and completed 39 of them. So that is almost 70%, while we were 65% overall on the season. We gained 702 Yards on this concept at 18 yds per completion (12.5 yards per play). And we had 7 Td’s on this concept, 6 of them to the Z. In addition, we also earned 27 first downs on this concept.

Since we rarely saw an exotic blitz or rolled coverage against us, we found that this pass concept that made the defense defend sideline to sideline and deep as well as underneath. It also allowed us to line our top 2 receivers on opposite sides of the formation and make the defense choose which one to key on.

We have been able to run it out of a variety of formations and personnel groups, as well as with and without play action. 11 personnel has been the most used formation for this play (Diagram 1 and 2). Our system uses a “W” slot receiver instead of the more common “H” because our guy is typically more of a smaller scat type kid. 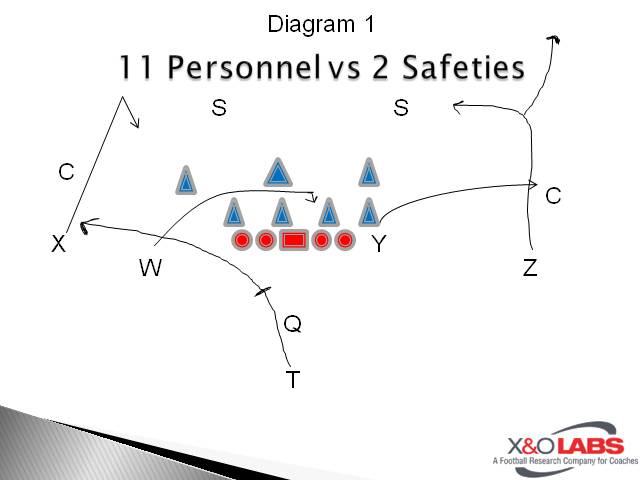 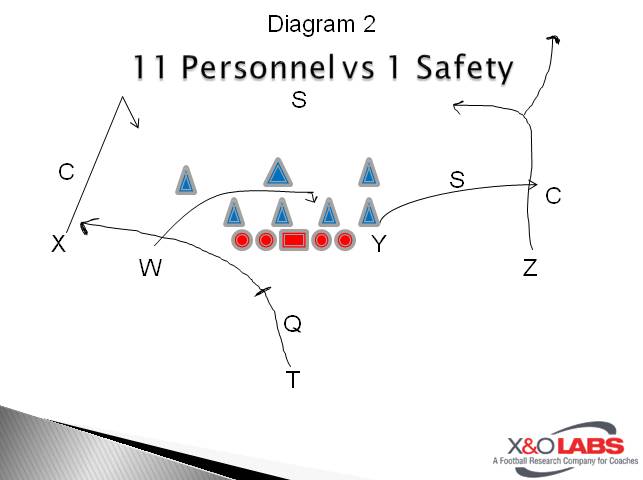 We also run it out of 10 Personnel (2x2) which is Y split for us, because our TE is also our outside receiver. (Diagram 3 and 4) 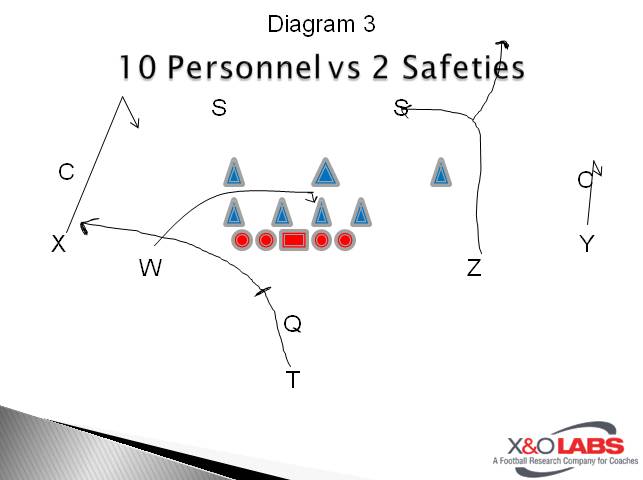 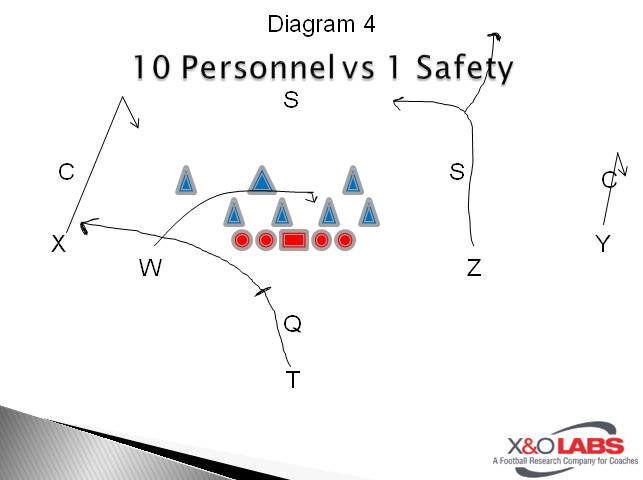 Trips has also been used for this play (Diagram 5 and 6). 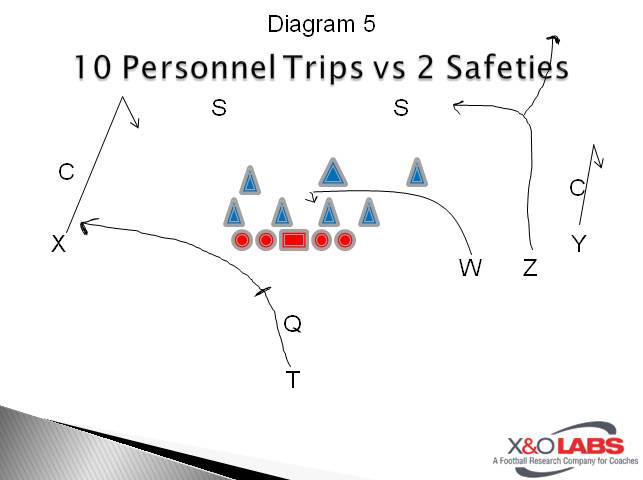 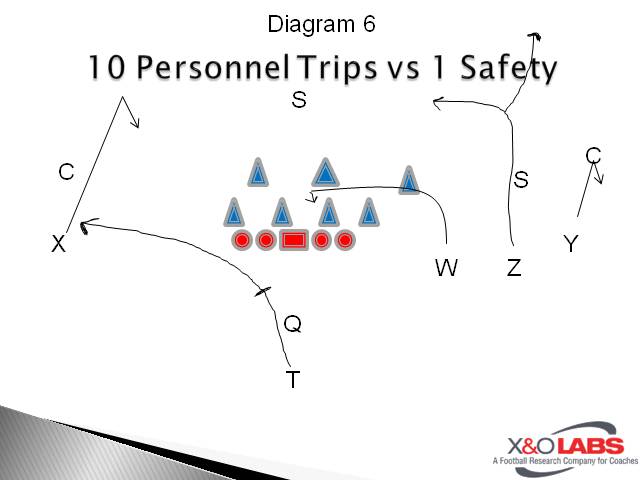